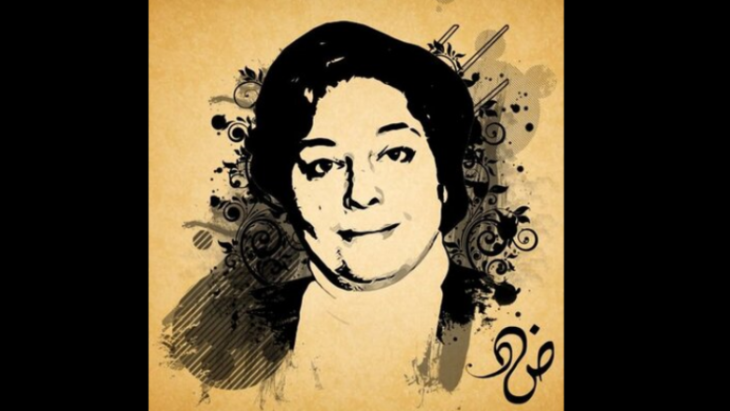 An inheritance of grief and joy

In Radwa Ashour's "The Journey", newly translated by Michelle Hartman, the Egyptian novelist chronicles the four years she spent doing a PhD in African-American Literature at the University of Massachusetts in the 1970s. Marcia Lynx Qualey read the book

Egyptian novelist Radwa Ashour (1946–2014) is one of those rare visitors who gives fresh insight: into herself as a traveller, into the country where she stayed and into the tangled relationships between the US and Egypt. In The Journey, newly translated by Michelle Hartman, Ashour chronicles the four years she spent doing a PhD in African-American Literature at the University of Massachusetts in Amherst.

The book opens in August of 1973, when a young Ashour departs Cairo carrying a single suitcase. Relations between Egypt and the US are officially suspended and she has to get a visa via the Spanish embassy. In August of 1977, Ashour returns to Cairo. Now she's carrying two suitcases, a typewriter and an acknowledgement that she has finished her PhD. The country she returns to has changed, particularly in the light of new pacts between US President Richard Nixon and Egyptian President Anwar Sadat.

In the time that Sadat and "Nixon Baba" spend aligning their ruling-party interests, Ashour aligns herself with a distinctly different US in Amherst. But while she has journeyed to learn about African-American and other liberationist literatures, she also gets to know alienated white youth in search of meaning, American women desperate to find husbands and Southern princesses deathly afraid of Islam.

Ashour's Journey is firmly embedded in observations of American collegiate life in the mid-70s. We hear nothing of the Watergate hearings, the attempted assassination of Gerald Ford, or the kidnapping of Patty Hearst. 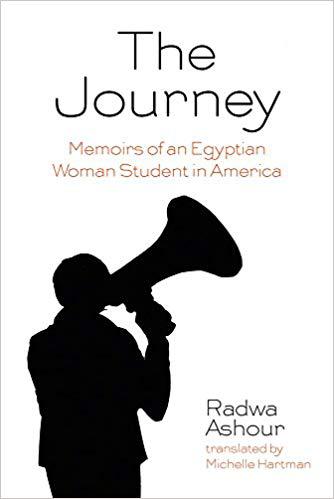 Mini-portraits of Americans interspersed with reflections on Egypt: "Have I lost my mind to have traded my house in Cairo and Mouridʹs companionship for this white American southerner and her cotton teddy bear?" writes Ashour with particular irritation about her first roommate, Louisa

Watergate appears only once, when Ashour is mocking those who have flocked to Amherst to hear a teenaged Guru Maharaji, in a mid-70s version of a TED talk.

She writes that she kicked the friend beside her and said, sarcastically: "All the questions about Watergate shouldn't be directed at Nixon and his administration, but rather at the self. Ask yourself my dear and you shall always find the answer!"

Yet Ashour is no less critical of most Egyptians, if perhaps more tender. She spends hours in the library, reading transcriptions of Sadat's speeches in Al-Ahram, which never fail to depress her.

She also chronicles a trip back to Cairo that she took over the Christmas holidays in 1974–75. The visit comes soon after Egypt had retaken the Sinai, a time of fragile celebration:

"The celebratory atmosphere was touching enough to make you smile. This is the inheritance of grief and joy: empty, hollow men pin medals on themselves and barter the blood of soldiers and the history of the country for mere handfuls of straw to shore up their own waning strength."

Ashour is not the only one who's aggrieved. She writes that a friend of hers said: "Save some of your bitterness for later, there's more yet to come!"

Ashour had decided to study in the US after meeting Shirley Graham DuBois, the author, academic and widow of the great American scholar W.E.B. Dubois.

It was Shirley Graham DuBois who convinced Ashour that the new literature programme at Amherst had an anti-colonial, liberation-oriented outlook. While respectful of the older woman, as she is of most of her colleagues, Ashour also criticises DuBois's views of Egypt.

When DuBois says she had thought Sadat would be better, because he's half-black, Ashour responds incredulously, "Half-black, or half-blue, colour has nothing to do with it..." Yet Ashour herself depicts sharp differences between white and African-American students, with slightly exotic portraits of handsome African-American men and grimly cold white Americans.

"In the English department, I moved around inside whiteness: white faces dominated and even the long corridors were painted in light colours. In the evening, when we would leave the classroom heading for the exit, its corridors were cold, lonely and depressing despite being heated. Their weak light gave off the pallor of somebody dying.

In contrast, the building in which the Afro-American Studies department was housed was warmer than usual. By the time I'd reach the classrooms on the third floor I would be dripping with sweat. The walls were painted bright colours – green, blue, and orange, even the black shone."

Not all white Americans in the book are cold, lonely and depressing, although many are alienated in one way or another. She writes with particular irritation about her first roommate, Louisa, in a passage that should be familiar to anyone who had roommates at university. "Have I lost my mind to have traded my house in Cairo and Mourid's companionship for this white American southerner and her cotton teddy bear?"

Fortunately for Ashour, it's not long before Louisa drops out. Ashour gets a new roommate, Anna, about whom she writes both satirically and fondly.

Reflections on Egypt, from afar

Although there are many interesting mini-portraits of Americans of the mid-70s – including a head-shaking look at the popularity of streaking – Ashour never stops reflecting back on Egypt. She follows the news about Egypt, flips through her photos of Egypt and thinks about what her husband Mourid has told her about what's going on in the country.

The final chapter takes place after Ashour has returned. At this point, she writes, Americans are flocking to Egypt "to make deals and enjoy themselves at shows by famous dancers, with the Egyptian pyramids as the backdrop. Egyptian-American friendship was consolidated and moved toward total loyalty – the Egyptian government's loyalty, of course!" These exploitative relationships are the polar opposite of the friendships Ashour cultivated in the US and certainly the opposite of what Ashour would have wanted for her country. They also lead to Sadat's famous visit to Israel in November 1977.

After the visit, Ashour tells us, security officers come to deport her Palestinian husband. She ends the memoir with an odd, defeated optimism. She writes about her flourishing guava trees, her newborn son and her confidence that things "wouldn't stay like this." And yet, she adds, "I knew that the days ahead would indeed be difficult days."

Indeed, she was right.

The outpouring of solidarity worldwide following the violent death of George Floyd should prompt us to step back and fundamentally question racist structures and privileges based ... END_OF_DOCUMENT_TOKEN_TO_BE_REPLACED

Has it ever crossed your mind that you are eating plastic on a daily basis? That you are drinking it? Apart from the thousands of trending pictures and videos on social media of ... END_OF_DOCUMENT_TOKEN_TO_BE_REPLACED

Libya's plight resembles that of other war-torn countries in the Greater Middle East: internal conflict has spiralled out of control because of misguided foreign intervention. ... END_OF_DOCUMENT_TOKEN_TO_BE_REPLACED

The Arab world suffers from a system in which people are intolerant of "the other". This racist environment contributes to the growth of hostility and antagonism towards anyone ... END_OF_DOCUMENT_TOKEN_TO_BE_REPLACED

In the age of corona, Ankara's regional power strategy is twofold: on the one hand, Turkey is engaged in a charm offensive to revamp its political image, which has suffered lately ... END_OF_DOCUMENT_TOKEN_TO_BE_REPLACED
Author:
Marcia Lynx Qualey
Date:
Mail:
Send via mail

END_OF_DOCUMENT_TOKEN_TO_BE_REPLACED
Social media
and networks
Subscribe to our
newsletter