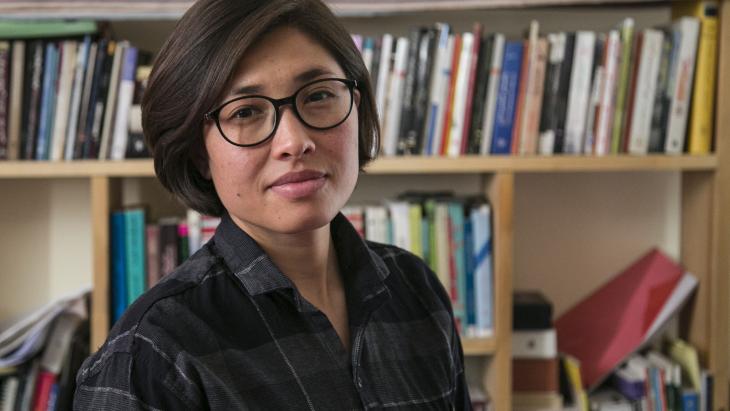 Raihana Raha's debut book, a collection of Afghan tales, offers a timely perspective on the history of Afghanistan, its patriarchal society and social morality, as the Taliban makes rapid territorial gains. By Changiz M. Varzi

Like any other collection of fairy tales, My Mother's Tales depicts stories of kings and queens, princes and princesses, fairies, demons, magic, talking animals and the conflict between good and evil. However, what makes the Afghan writer and oral literature researcher Raihana Raha's debut book unique is the dominant presence of women in this collection of fairy tales from Afghanistan.

At a time when the Taliban is re-emerging in Afghanistan, and their lightning attacks are forcing Afghan soldiers to escape to bordering countries Iran and Tajikistan, Raha's work is a reminder of women's role in a patriarchal society. Now that many are asking what the future holds in store for Afghan women if the Taliban return to power in the war-torn country, My Mother's Tales paints a picture of how women have lived, survived and inspired in this country down through the centuries.

In this book, women are not merely subordinate characters waiting for their heroes to come and save them – quite the opposite, in fact. They are the main protagonists who wage war with demons or save the princes who were fooled and enslaved by evil powers. 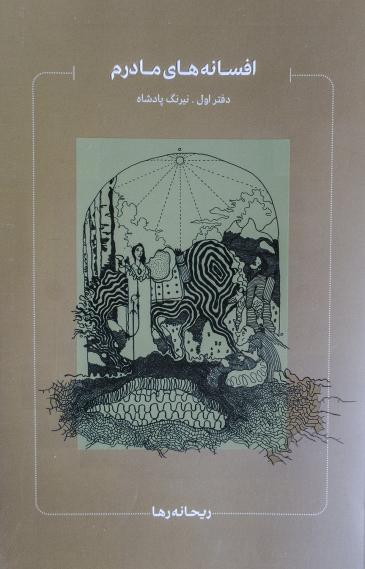 In a tale entitled Nirang Padeshah, meaning King Trick, the main protagonist is the wife of a salacious young prince. The prince is eventually cursed and turned into a homeless shepherd, but his wife saves him, breaks the spell and makes him change.

In another tale, Ajayebat, meaning strange things, a demon girl, who is constantly reading books, educates a young boy about fighting her cruel brother. The brother is a demon who disguises himself as a human being and tricks the farmers so that he can get their cattle, poultry and land. In this story, the demon girl hides the young boy in a cave where she and her brother live. Every day, she teaches the young boy all she has learned from reading books.

In 2019, to collect these tales, Raha, who studied Dramatic Literature at Kabul University, made a dangerous journey back to her birthplace, the village of Daleh in the central province of Daykundi. Even before the Taliban made their recent territorial gains, the road connecting the Afghan capital, Kabul, to Nili, the provincial capital, was dubbed "death crossing" because of the Taliban fighters frequent attacks on passing vehicles. But Raha was determined to make the journey.

"I had to visit my mother and ask her to retell the tales she told us in my childhood," Raha told Qantara.de, speaking on the phone from Kabul. "After studying at the university and investigating Afghan fairy tales, I noticed there was a peculiar feature in my mothers' tales. In her stories, women had a high status and social standing, unlike other Afghan tales that I had already investigated," she added.

Raha still remembers the winter nights of her childhood, when along with her siblings and cousins, she sat on the floor around a wood-burning stove, listening to her mother's tales in the light of an oil lamp. Back in the village, her father was away working, and her mother was the boss, running the family farm and managing the home.

She recalls how her mother masterfully used the tools and the gun on the farm to protect her family whenever necessary. Even her name was unisex, she was called Sultan, meaning the ruler. In Afghanistan's patriarchal society, being raised by a mother with such characteristics was an exceptional opportunity that informed Raha about the role women should play in society.

An inspiration to Afghan women

Analysing her mother's tales from sociological and psychological viewpoints, Raha suggests two hypotheses regarding the presence of powerful women in stories told by Sultan. Firstly, those characters were her personal role models, assisting her in overcoming the obstacles women faced in rural Afghanistan. Secondly, those characters were her dreamy creation due to the harsh living situation she had experienced.

Either way, Raha believes that the female protagonists in her mother's tales can inspire Afghan women to bring down the walls that limit their progress and were built upon gender biases in Afghanistan's patriarchal society.

"When I worked on the farm and in the house in my childhood, the female characters of those tales came to life before my eyes," Raha explained.

The power of imagination

"And later on, during my studies at Kabul University, I realised the deep impact that those tales had on my personal life as an Afghan woman. The heroines in the tales had become my childhood role models. That was why I decided to return home and collect the tales as a source of inspiration for other Afghan women and young girls."

Despite fundamental changes in traditional Afghan society following the 2001 ousting of the Taliban, Afghan women are still deprived of their basic rights. On top of the list is Afghan women's right to education. For Raha, who made true her childhood dream of studying at university, her mother's tales were a source of energy to follow her dreams.

"As little girls in an Afghan village, we were told that, unlike boys, we did not have the intelligence to study or have a job other than being a housewife, but the women I had heard of in my mother's tales, were different," she said.

"I believe that no one can change the course of their lives without imagination, and fairy tales are great sources of imagination for all of us."

Education for girls and women is still possible in Afghanistan, says Reinhard Eroes of the Kinderhilfe Afghanistan initiative. In interview with Elisa Rheinheimer, he talks about ... END_OF_DOCUMENT_TOKEN_TO_BE_REPLACED

A lawmaker in Pakistan's rugged northwest was sipping tea with voters when his phone chirped to life – the Taliban were calling with a demand for 'donations'. "We hope you won't ... END_OF_DOCUMENT_TOKEN_TO_BE_REPLACED

Cries of "Benghazi!" still resonate across the USA ten years after a deadly terrorist attack in Libya killed the U.S. ambassador and three other Americans. Ethan Chorin re-tells ... END_OF_DOCUMENT_TOKEN_TO_BE_REPLACED

Sufism has fluid boundaries. Just like Islam, Sufism is inconceivable without its late antique roots. Then again, it has also exerted an influence on Hinduism. Moreover, the Sufic ... END_OF_DOCUMENT_TOKEN_TO_BE_REPLACED

Journalist Waslat Hasrat-Nazimi was forced to flee Afghanistan with her family as a child and grew up in Germany. To mark the publication of her book "The Lionesses of Afghanistan ... END_OF_DOCUMENT_TOKEN_TO_BE_REPLACED

Just as the Islamic Revolution fundamentally changed Iran 43 years ago and had an impact far beyond the country's borders, the current wave of protests sweeping the country is set ... END_OF_DOCUMENT_TOKEN_TO_BE_REPLACED
Author:
Changiz M. Varzi
Date:
Mail:
Send via mail

END_OF_DOCUMENT_TOKEN_TO_BE_REPLACED
Social media
and networks
Subscribe to our
newsletter