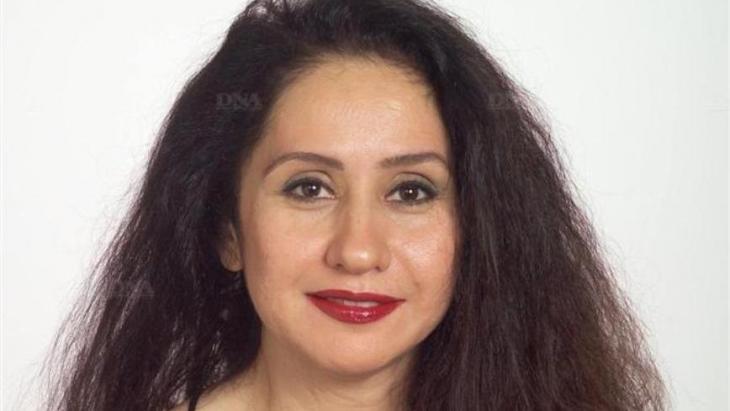 Gender under siege in Mecca

On 20 November 1979, Islamic militants took over the Grand Mosque in Mecca, the holiest site in Islam. Hundreds were killed in the ensuing two-week siege. This pivotal event in modern Islamic history changed Saudi Arabia. It provides the backdrop for Raja Alem's new novel "Sarab", an extraordinary story of love, faith, violence and gender. By Marcia Lynx Qualey

The violent events that rocked Mecca's Grand Mosque in late 1979 remain a moment to which Saudi fiction returns. There are few literary re-imaginings of the 15-day occupation of the Grand Mosque, but its shadow hangs over a number of recent books: in Yousef Al-Mohaimeed's Where Pigeons Don't Fly (2009), the fact that the protagonist's father was one of the insurgents limits his life. In Badriya al-Bishr's Love Stories on al-Asha Street (2014), one of the characters leaves to join the fighters.

Raja Alem's new novel Sarab (2018) takes these events head-on. She doesn't just allude to the siege, but includes a raw day-by-day chronicle of events, from the initial takeover to how this holy site was turned into an open-air sewer filled with anxious, defecating men and rotting corpses. The novel hasn't yet been published in Arabic, but it has appeared in Hartmut Faehndrich's German translation and in Leri Price's English. Alem's agent said in an interview that it is "possible that the novel will eventually be published in Arabic; it has simply not been the author's priority given the difficulties that would likely be entailed."

Alem's award-winning fiction has been translated by methods both conventional and quirky. Her novel The Dove's Necklace, co-winner of the 2011 International Prize for Arabic Fiction, was brought into English by professional translators Adam Talib and Katherine Halls. Two earlier novels, Fatima and My Thousand and One Nights, were co-written and co-translated with writer Tom McDonough. Alem's latest novel, Sarab, was written in Arabic over the course of a decade, then edited collaboratively with her English and German translators and editors.

Sarab's action opens just after the Grand Mosque siege has been broken, as two characters flee to a nearby house. One is the titular Sarab, who was one of the insurgents. The second is her captive, Raphael, a French GIGN commando who came to help re-take the mosque. 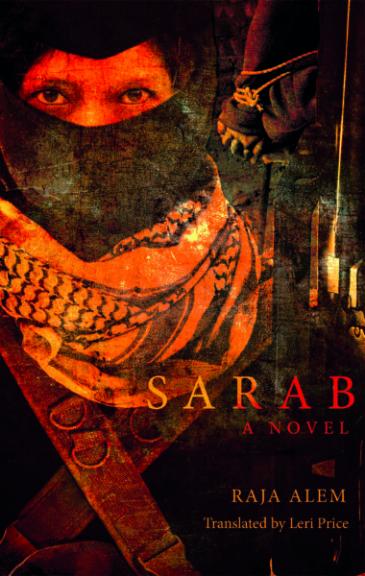 The novel hasn't yet been published in Arabic, but it is available in English (translated by Leri Price). In interviews, Alem has suggested she hasn't yet published the book in Arabic because she isn't happy with the quality of the language

The 15-day siege that rocked Saudi Arabia began on 20 November 1979 by the Gregorian calendar, or on the first day of 1400, according to the Islamic one. Thousands of worshippers were at the mosque when a few hundred militants seized and held the labyrinthine Grand Mosque against thousands of Saudi soldiers, who were joined by Pakistani and French commandos. By the end of the 15 days, the official death toll was around 300, with another thousand injured. Sixty-three of the insurgents were publicly beheaded in June of 1980.

These events did not pass quickly out of the national imagination. Much as the 9/11 attacks changed the socio-political landscape in the US, Saudi was changed by this siege. The Saudi government's reaction to the would-be coup was to co-opt many of the occupiers' ultra-restrictive beliefs, to become more like the insurgents they had fought.

Alem's novel is intensely interested in the gritty, physical details of those 15 days, but it is also interested in what led up to them and what came after. Alem has said that she conducted her own interviews for the book, and Sarab does create a portrait that is somewhat different from the official version of events. All accounts agree that the insurgents were led by Juhayman al-Otaybi and his brother-in-law, Mohammed Abdullah al-Qahtani, and that the latter declared himself the Mahdi, a religious leader prophesied to appear before the end times.

Sarab and her brother – both fictional characters – join al-Otaybi after their mother dies, although the group doesn't know Saif's sibling is a girl. Perhaps Saif himself has forgotten. Sarab has dressed as a boy since childhood, and that's how she is accepted as one of the group's core fighters.

Cross-dressing and gender-bending are central to the novel, which has an Orlando-esque shift near the beginning. When it opens, the reader is led to believe Sarab is a skinny Saudi man who has kidnapped a muscular French commando. But their homoerotic tension turns out to be heterosexual when it is revealed that Sarab is a woman.

Sarab, we learn, was pushed into a male identity by her mother, who was clearly frustrated by the limitations on women's lives. Although Sarab's mother wanted more for her life, that mostly translated into trying to make both her children – Sarab and her brother Saif – into powerful young men. When Sarab gets her period, she is as stunned as her mother is furious. Her mother shows her how to hide this shame so that no one will discover Sarab has a functional uterus. 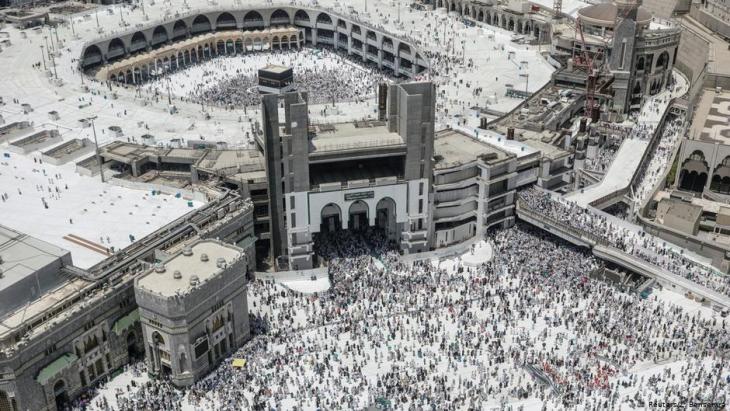 According to Marcia Lynx Qualey, the Saudi government's reaction to the seizure in November 1979 of the Grand Mosque in Mecca (pictured here in a recent photo), was "to co-opt many of the occupiers' ultra-restrictive beliefs, to become more like the insurgents they had fought"

Sarab's uterus becomes a point of terror when she is living at the insurgents' encampment, cheek-to-jowl with her fellow terrorists-to-be. She not only has to find a way to keep from bleeding all over herself, but also to wash and dry her monthly rags. By some miracle, she manages to keep her body concealed.

This is not the book's only gender-bending. To escape their post-siege hiding place, Sarab and Raphael both dress as women. And once Sarab has been smuggled to Paris, she struggles with how to clothe her body in this new context. But even though she is in a new place, the Grand Mosque siege never leaves her. It doesn't really end in June 1980 with the sixty-three beheadings. Instead, a small number of insurgents escape and organise a new desert hideout. Once they're settled, they come after her. Throughout the novel, they never lose sight of their desire to subjugate Sarab, her body, her freedom of movement and her will to be herself.

In interviews, Alem has suggested she hasn't yet published the book in Arabic because she isn't happy with the quality of the language. It is interesting to think about these two translations – the English and the German – as drafts. Indeed, we can hope that the revised "original" might come out after its adaptations, and that this new book might also spawn fresh translations.

Libyan political analyst Faraj Alasha argues that the Berlin conference on the Libyan war did nothing to change the fact that there is no political solution to end the war raging ... END_OF_DOCUMENT_TOKEN_TO_BE_REPLACED

Decades after the first French nuclear test in Algeria, thousands of victims are still waiting for compensation. To date only 51 claims have been filed under French legislation ... END_OF_DOCUMENT_TOKEN_TO_BE_REPLACED

The 2015 Joint Comprehensive Plan of Action with Iran is in jeopardy. European governments should use the JCPOA’s dispute-resolution mechanism both to pursue immediate measures to ... END_OF_DOCUMENT_TOKEN_TO_BE_REPLACED

Having seen a sharp decline in its influence in Tunisia and Algeria, France is eyeing China and Spain’s growing economic presence in Morocco with concern. Is Paris about to lose ... END_OF_DOCUMENT_TOKEN_TO_BE_REPLACED

With "Assad or We Burn the Country", Sam Dagher has furnished the world with some genuine ammunition against the Syrian regime's on-going campaign of disinformation. The only ... END_OF_DOCUMENT_TOKEN_TO_BE_REPLACED

Islamist attacks such as those that took place in Paris this last autumn evidence a new kind of perpetrator. In place of individual terror organisations, networks appear to have ... END_OF_DOCUMENT_TOKEN_TO_BE_REPLACED
Author:
Marcia Lynx Qualey
Date:
Mail:
Send via mail

END_OF_DOCUMENT_TOKEN_TO_BE_REPLACED
Social media
and networks
Subscribe to our
newsletter