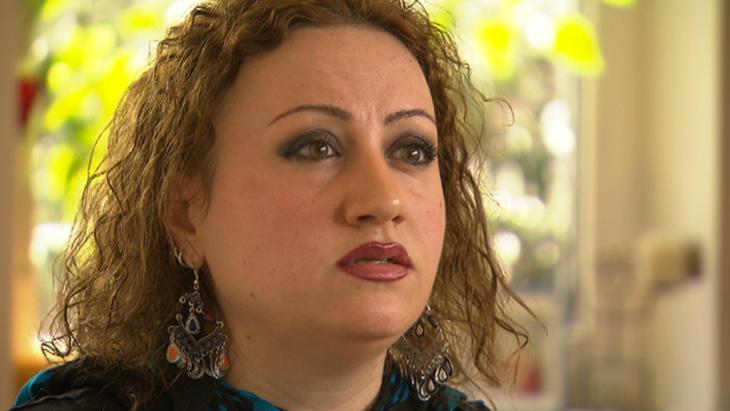 While Assad's regime seems more firmly ensconced than ever, and Syria seems to have descended into an apparently endless and brutal civil war, the novel "Guardians of the Air" by Rosa Yassin Hassan, a Damascus-based writer, provides an insight into the difficult lives of those directly affected by violence and displacement. By Volker Kaminski

Although Rosa Yassin Hassan's book was published in Arabic in 2009, in other words before the start of the uprising against the Assad regime, it shows hauntingly what people suffer when they fall between the wheels of state repression, are sentenced to long prison terms or seek shelter and asylum in an embassy with the vague hope of freedom and a new beginning.

Rosa Yassin Hassan has chosen a narrative perspective that lets us experience the misery of the persecuted and oppressed close up. Anat works as an interpreter in the Canadian embassy in Damascus. Her everyday work involves translating reports about asylum seekers who have fled to the embassy as victims of political persecution, people from Africa and other regions affected by civil wars who document their traumatic experiences.

Their fates touch Anat deeply; the asylum seekers report torture, maltreatment and the killing of relatives and often bear the marks of physical and mental damage. At some point, Anat, who is pregnant, can no longer stand the suffering and quits her job.

Nevertheless, she cannot escape the cycle of terror and violence. Her fiancé, with whom she had been together for only a few weeks before he was arrested as a left-wing activist during a police raid, has been sentenced to 15 years' in prison – a truly draconian punishment for distributing illegal left-wing leaflets. He and Anat write each other love letters, which they smuggle past the checks by various means.

The sober reality of lovers separated by prison bars 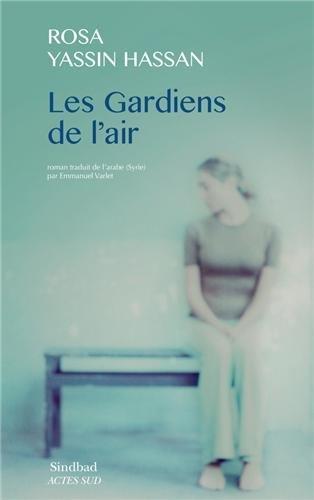 The narrator brushes aside any adventurous romantic impressions of such a relationship. Anat longs painfully for her fiancé, and her love for him is as alive as it was at the start of their relationship, but she also enters into relationships with other men and has sexual experiences, which are described openly and frankly in the novel.

The novel sketches a realistic, down-to-earth picture of a nine-month period of suffering – the length of Anat's pregnancy. It is a time of waiting, hoping and fearing, feelings she shares with friends also waiting for their men to come out of prison. Left alone, the women discuss whether the long wait is worth it or whether they ought to take care of their own futures.

Anat expresses the more than justified demand that their own "mental injuries" should not be overlooked in the shadow of the visible suffering on the part of their men and the many asylum seekers: "A severed hand or a burnt body part guarantee that the asylum seeker instantly escapes from his hell, but we can't take care of a charred and deeply wounded soul."

In fact, the long-awaited release and return of their partners does not lead to a happy ending for the women in the novel. Too much time has passed for them to be able to pick up where they so abruptly left off. The men are no longer the same people; they feel guilty and have changed both inside and out.

The power of change

Using many everyday examples, the narrator gives a haunting description of the general power of change, to which every individual is subject – something that, surprisingly, is not necessarily a disadvantage for those in question, as the novel shows. For instance, while waiting for her man, one of Anat's friends explores Far Eastern philosophy, takes up probiotic cooking and finds new support in the form of holistic thought and the examples set by her esoteric teachers. Anat herself does not want to give in to her fiancé's pressure to leave Syria and start over in Sweden – at least not until her baby is born.

The novel also tells the stories of other characters: Anat's father, Hassan, a pensioner with whom Anat lives, spends his days at home, distracting himself with TV porn. Yet there is also more to him than meets the eye. Before spending six months in prison (for hitting the headmaster), Hassan worked as a teacher. Now, late in life, he has discovered a love of literature and writes passionate love poems. One day on the Internet, he meets a young Spanish woman, who became aware of her Arab-Moorish roots on a visit to Granada. Hassan sees her as the reincarnation of his former lover, who died forty years previously. The young woman develops an interest in him and comes to visit. An unusual romantic episode plays out. 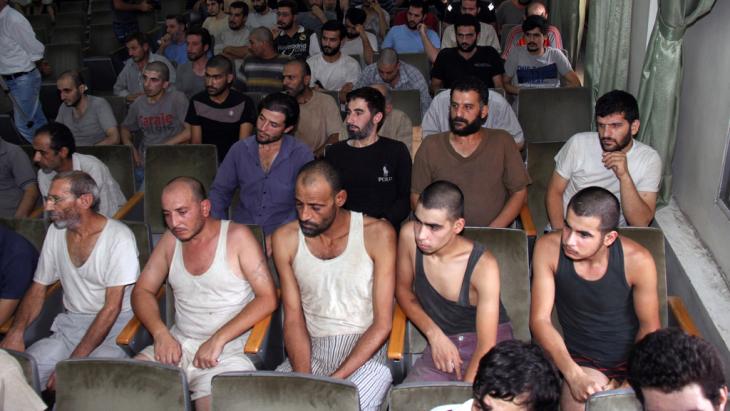 Rosa Yassin Hassan's novel tells the story of a number of women who are waiting for their husbands and partners to be released from prison. This is a fate shared by even more women since the start of the uprising over three years ago. Here, Syrian prisoners are seen sitting in a courtroom before their release in Damascus on 1 September 2012. No less than 225 of them had been detained for taking part in anti-government demonstrations

Above all, the novel presents its main protagonists as likeably confident women. It comes as no surprise that the writer is not only a literary journalist for Syrian and Arabic newspapers, but is also active in the women's movement and a co-founder of the Damascus association "Women for Democracy". She also writes regularly on the Internet about everyday lives in Syria.

"Guardians of the Air" is her fourth book, published in French translation ("Les Gardiens de l'air") in 2012. The Alawi publishing house has now also made this moving and cleverly written novel available in German ("Wächter der Lüfte").

The intelligently constructed and excellently translated text gives us grounds for hope that even in times of war and violence, people can find their way without sinking into depression and fatalism.

Syria, Egypt, Saudi Arabia and the UAE are among those countries increasingly misusing cybercrime legislation to silence dissent and curb freedom of speech. Could a new global ... END_OF_DOCUMENT_TOKEN_TO_BE_REPLACED

A new exhibition, "Syria – Against Forgetting", at Cologne’s Rautenstrauch-Joest-Museum focuses on Syria's artistic and cultural heritage and pays tribute to the country before ... END_OF_DOCUMENT_TOKEN_TO_BE_REPLACED

This year’s Morgenland Festival opened with the premiere of Kinan Azmeh’s musical theatre piece, “Songs for Days to Come”, based on fifteen poems by contemporary Syrian poets. ... END_OF_DOCUMENT_TOKEN_TO_BE_REPLACED

Longlisted for the 2020 International Prize for Arabic Fiction and now available in German translation, Khaled Khalifa’s novel “No One Prayed Over Their Graves” details lives and ... END_OF_DOCUMENT_TOKEN_TO_BE_REPLACED

Rumi's poems, though generally stripped of their Islamic symbolism, are hugely popular around the world. Yet Islamic mysticism is still very much at the heart of these verses. ... END_OF_DOCUMENT_TOKEN_TO_BE_REPLACED

END_OF_DOCUMENT_TOKEN_TO_BE_REPLACED
Social media
and networks
Subscribe to our
newsletter