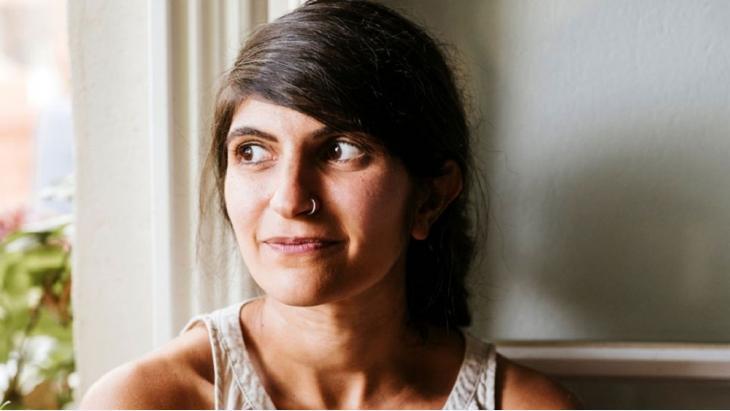 Shida Bazyar's new novel is the literary surprise of the year. It tackles the pressing issues of our time, and yet it is timeless. This is a story of friendship, marginalisation and society's blindness to its own deep-seated problems. Gerrit Wustmann read the book for Qantara.de

Let's get straight down to brass tacks: Shida Bazyar's second novel, "Drei Kameradinnen" (Sisters in Arms), published by Kiepenheuer & Witsch in April, is the best and also the most important German-language book of 2021 – no matter what else comes out between now and December.

Bazyar has already proven that she is a brilliant narrator and an outstanding figure in contemporary German literature with her impressive debut novel "Nachts ist es leise in Teheran" (Tehran Is Peaceful at Night, 2016). Her new book is a triumph. It has all the makings of great literature, literature that will endure, that will become part of the canon.

But first things first ... The title raises a question that needs to be answered directly: Yes, the book's German title pays homage to Erich Maria Remarque's novel "Drei Kamaraden". Not only the title but also the story. This is a book about friendship, a novel about trauma. While Remarque wrote of the trauma of the First World War, Bazyar reflects on the trauma of the NSU and the series of murders it committed. But in addition to the core themes, the two novels also display further parallels: the setting for both is Berlin and, like Remarque, Bazyar never explicitly mentions the city's name. The characters in both books drink and smoke a lot, and both stories are about friends standing together firmly against the evils of the world.

Always the same issue of the majority society

The sisters in arms are the narrator, Kasih, and her two friends Saya and Hani. They grew up together in "the housing estate", the sort of place commonly known in Germany as a social flashpoint. Incomes are low, the proportion of migrants high – exactly the kind of neighbourhood that the white majority usually only knows from hearsay and therefore invests with all the prejudices society has to offer. The three women meet again in their twenties on the occasion of the wedding of another childhood friend, Shaghayegh.

However, a tabloid article prefacing the book makes it clear that their reunion is overshadowed by a horrific incident: a house fire that claims the lives of numerous people. The perpetrator is said to be Saya, and the newspaper fabricates an Islamist motive and quotes alleged witnesses – people who enter their votes so far to the right on the ballot that they threaten to slip right over the edge.

Kasih writes about all this, spending one long night putting down on paper what has happened – or what supposedly happened. She always addresses her readers directly. This is more than a stylistic device, more than a literary gimmick, as is evident after just a few pages. Because, of course, Kasih knows just what questions average white German readers will be asking themselves first – and will want to ask her. And so she pre-empts any such questions: "You're waiting for the moment when I explain which countries we all come from. Because that's something you need to know before you can put yourself in our shoes. That information is about as vital for you as knowing on the outskirts of which small German town we grew up, and how old we are, and which of us is hottest. But I'm not going to tell you. You'll have to deal with that." 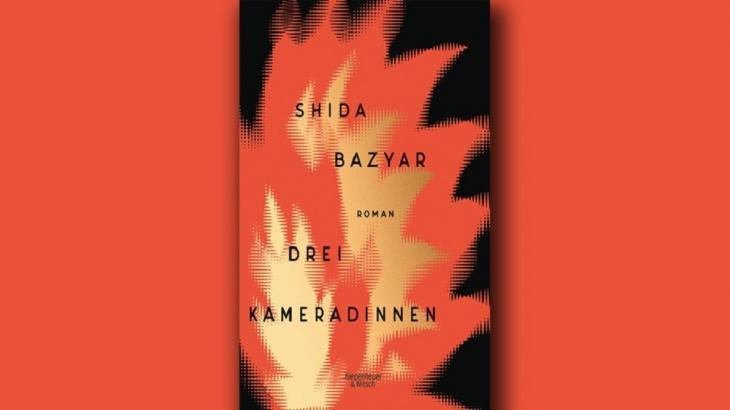 "'Drei Kameradinnen' demonstrates that all the talk about the lack of social relevance of art and literature is a fatal mistake. The great literary prizes, above all the German Book Prize, are meant for books like this," writes Gerrit Wustmann

In this way, the question "Where do you really come from?" is dealt with as it should be. And then Kasih goes on to tell of her childhood in the estate; of her school days and time at university, of family homes, of her first love and of the one great constant in her life – Saya and Hani. And she talks about what the three of them have in common besides their friendship: the constant everyday racism they have to endure, in the face of which they sometimes remain silent and at other times lash out, and in the face of which they offer each other mutual support. About Hani, who prefers to avoid the issue, to make excuses, and who also finds it all a little easier because she is white.

Saya finds herself becoming less and less willing to accept things and her reaction sometimes overshoots the mark. For example when she and Kasih are loudly partying in the middle of the night and Kasih's flatmate Robin sleepily asks for some peace and quiet because he has an exam in the morning. For Saya, he is at that moment merely the white man that everyone has to submit to, but Kasih takes the wind out of her sails a bit, saying: Robin lives here, he can do what he wants, and besides, he's right, we really should be considerate.

Using everyday moments like this one, Shida Bazyar explores all the great debates of our present day. The strength of the novel lies in the fact that she refuses to settle for any facile truths or to set exclamation points. She is concerned instead with presenting complex perspectives, making them more readily comprehensible and then leaving it at that. It's all about living with insoluble contradictions. Anyone who expects a book to provide easy answers will be disappointed. And that's a good thing!

Only one thing is certain here, namely the abject horror felt at the Nazi murderers who are still roaming the country and the way mainstream society deals with them, this fatal urge to still somehow apologetically accommodate even those with a swastika for a brain, simply permitting these extremists to take over the internet largely unhindered and use it as a bucket for all their hate, insulting and threatening others at will – until words turn into deeds. Kasih, Saya and Hani know they are the targets. The internet is "a digital court of law where every loser, no matter how despicable, is allowed to sit in judgement".

This is a book that should be read not only by those who have an open mind for what it has to say but especially by the white majority that, despite everything, still does not realise that casual racism is alive and well in the midst of our society; those who think their stupid quips and the occasional use of the N-word are not so bad or even okay, or who don't believe that racism exists just because they haven't experienced it themselves.

Shida Bazyar wrests all these themes, along with a host of others, out of the oversimplified platitudes of media debates and puts them up for inspection. And yet the novel is more, much more than just a commentary on current events spun into a fictional plot. It is a clever and adept game played by an unreliable narrator who always points out in the right places what is real and what is made up (Did this childhood memory really happen? And if not – what does that mean for the here and now?) in order to provoke a feeling of uncertainty in the reader. Because of course the basic assumption of the plot (How did Saya become radicalised? Did it ever happen at all?) also serves to demonstrate how social constructs, prejudice and, with them, structural racism and othering function.

These are timeless dynamics, just as timeless as the element of friendship, which means that readers will still be able to empathise with Kasih, Saya and Hani a hundred years from now, just as we still do today with Remarque's protagonists from 1936. "Drei Kameradinnen" demonstrates that all the talk about the lack of social relevance of art and literature is a fatal mistake. The great literary prizes, above all the German Book Prize, are meant for books like this.

Migrants are often maligned as being responsible for Europe's problems. Yet their integration is in Europe's interest. Michael Thaidigsmann believes that a long-term vision is ... END_OF_DOCUMENT_TOKEN_TO_BE_REPLACED

How could the Afghan government and its institutions collapse so quickly? That things were going wrong in Afghanistan had been obvious for a long time, yet the West preferred to ... END_OF_DOCUMENT_TOKEN_TO_BE_REPLACED

The swift fall of Kabul recalls the ignominious fall of Saigon in 1975. Beyond the local consequences – widespread reprisals, harsh repression of women and girls, and massive ... END_OF_DOCUMENT_TOKEN_TO_BE_REPLACED

Some companies in Germany are reluctant to hire Muslims. But it is not only the Muslim applicants who are losing out, so too are the companies. After all, there are multiple ... END_OF_DOCUMENT_TOKEN_TO_BE_REPLACED

The European Court of Justice has given its backing to companies that don't allow female Muslim staff members to wear headscarves – as long as they don't permit the wearing of ... END_OF_DOCUMENT_TOKEN_TO_BE_REPLACED

END_OF_DOCUMENT_TOKEN_TO_BE_REPLACED
Social media
and networks
Subscribe to our
newsletter