This is a ruse by which he comes to meet the majority of readers where they stand, and suggest a critical investigation of their own perspective: the fundamental tool we all need for engaging with non-Western literature generally.

Over 430 pages, Weidner strolls through books and biographies, history and stories. The lyric poem, a marginalised form in this country, is something to which he gives a lot of space. It is still the most important literary art form in the countries outside the West – it was only at the start of the 20th century that narrative prose slowly began to take root there, after writers had travelled to Europe.

He also addresses the difficulties of translation, in the process providing an insight into the perennially confusing question of how the Koran is interpreted. Within the Islamic world (though some in the ʺWestʺ may struggle to believe it), this is a constant source of controversial debate reaching far beyond the circles of theologians. 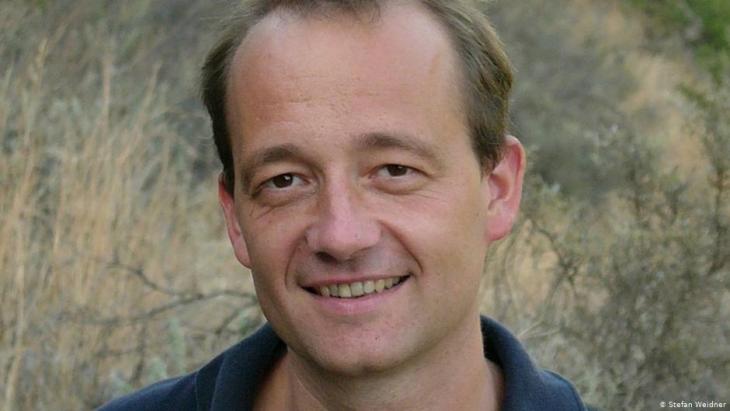 Over 430 pages, Weidner strolls through books and biographies, history and stories. The lyric poem, a marginalised form in this country, is something to which he gives a lot of space. It is still the most important literary art form in the countries outside the West – it was only at the start of the 20th century that narrative prose slowly began to take root there, after writers had travelled to Europe

Presented in a socio-cultural and political historical context

Apropos of translation: we might see Weidner, with his own versions of verses by the Andalusian poet Ibn Arabi, as part of the tradition of Hammer-Purgstall and Ruckert – wanting to share this literature with others, against all resistance.

And he succeeds in this mission again and again with “1001 Books”. No matter whether it’s a brief review or a more detailed consideration, he makes you want to read these books, taking away the appearance of ʺforeignnessʺ, and pointing out what interesting worlds, worth reading about, can open up if you look further than ʺjust as far as the fenceʺ. And he never loses sight of the bigger picture, weaving in anecdotes and personal encounters with authors, and placing their work in socio-cultural and political-historical contexts.

The work is by no means comprehensive; it can’t be, and doesn’t try to be. Around three quarters of the book is devoted to Weidner’s core area of study, Arabic literature; Persian and Turkish literature are discussed much less extensively, and this is also where some gaps appear. While, for example, Yasar Kemal is given a very superficial treatment, a literary giant like Oguz Atay and his novel of the century “The Disconnected” don’t even feature. And while the Tehran-based author Amir Hassan Cheheltan fills many pages, you do feel the absence of an outstanding female author such as Fariba Vafi, also from Tehran.

But one is inclined to forgive these gaps, since he also explicitly encourages readers – now well-equipped – to explore these literatures for themselves. And thus is Weidnerˈs ʺ1001 Booksʺ not only the perfect introduction for all those who wanting to discover new literary worlds; it is also a treasure trove for those already familiar with the ʺliteratures of the Orientʺ, especially for the tips it provides on publications from boutique publishing houses.

Home
Print
Newsletter
More on this topic
Goethe anniversary: Orient and OccidentGoethe and the Orient: Why did the poet's mind wander to far-off climes?Translations of classical Islamic literature: From the emotional Orient to the distortion of Islam
Related Topics
Amir Hassan Cheheltan, Arabic literature, Dialogue of Cultures | Intercultural Dialogue, Edward Said, History of the Near and Middle East, Iranian literature, Koran | Quran, Literature, Orientalism, Turkish literature
All Topics

How can we truly appreciate the richness of cultures not our own? In her recent book "What is Islamic art? Between religion and perception", art historian Wendy Shaw explains the ... END_OF_DOCUMENT_TOKEN_TO_BE_REPLACED

In his controversial book published in 2020, French author Pascal Bruckner describes anti-Muslim sentiment as a fiction, claiming that the term "Islamophobia" is being used to ... END_OF_DOCUMENT_TOKEN_TO_BE_REPLACED

Several media reports in recent weeks have focused on the potential threat presented by Islamist groups in Germany. The discourse is fraught with generalisations, both sides ... END_OF_DOCUMENT_TOKEN_TO_BE_REPLACED

The child of Iraqi refugees, Saman Haddad arrived in Germany twenty-five years ago at the age of thirteen. Now a well-known cultural figure in Bonn, Haddad doesn't wait for others ... END_OF_DOCUMENT_TOKEN_TO_BE_REPLACED

The Islamic Republic of Iran has been subject to sanctions ever since its creation in 1979. The more the regime has entrenched itself and expanded its power in the region, the ... END_OF_DOCUMENT_TOKEN_TO_BE_REPLACED
Author:
Gerrit Wustmann
Date:
Mail:
Send via mail

END_OF_DOCUMENT_TOKEN_TO_BE_REPLACED
Social media
and networks
Subscribe to our
newsletter