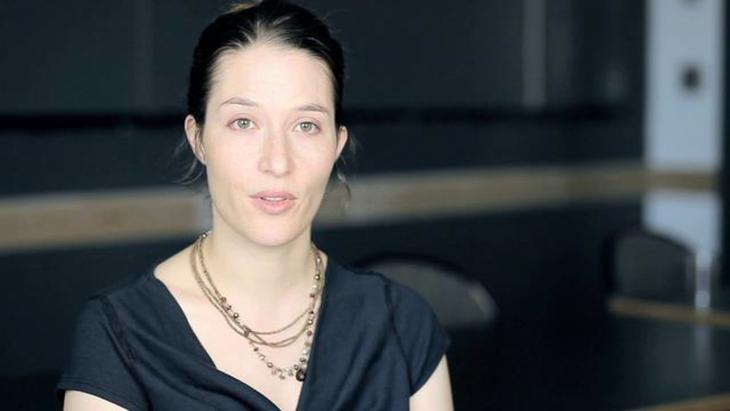 Book review: ″Tahrir Tales: Plays from the Egyptian Revolution″
The drama of protest

Despite bearing the title ″Tahrir Tales: Plays from the Egyptian Revolution″, the works in this new anthology, translated and edited by Rebekah Maggor and Mohammad Albakry, aren′t limited to the events of January and February 2011, nor to other uprisings that have taken place in Cairo′s iconic downtown square. By Marcia Lynx Qualey

The collection paints a broad picture of revolt, looking beyond street protests and politics. So why ″revolution″? In an email interview, Maggor said she hoped ″the inclusion of the word ′revolution′ in the title will encourage readers to see these plays in a more global context, as part of broader canon of ′drama of protest.′ ″

Yet there′s another reason to include plays written before 2011. The phrase "Egyptian revolution" is usually associated with protests that began in early 2011 and led to the expulsion of Hosni Mubarak. This makes 25 January their beginning. Yet they also began with the political shifts of 2005, when there was a contested presidential election, the Kefaya (Enough) movement and a new wave of independent bloggers, artists and journalists.

The plays in the Tahrir Tales collection were written during this new wave, between 2008 and 2014, which, as Maggor points out, ″spans the twilight of Mubarak′s regime through al-Sisi′s ascendance to the presidency."

Beginning with a Comedy of Sorrows

The spark for the ten-play collection was Ibrahim El-Husseini′s Comedy of Sorrows, a work that Maggor helped translate and stage in 2012. Comedy of Sorrows, part of the first wave of post-2011 plays, was brought into English not for a general audience, but for an academic conference at Harvard University entitled "Women Making Democracy". 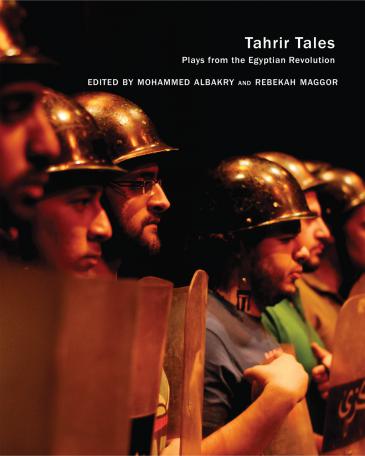 This most recent collection joins a small but growing number of translated anthologies of Arab and Arabic theatre, including ″Inside/Outside: Six Plays from Palestine and the Diaspora″ (2015), edited by Naomi Wallace & Ismail Khalidi and ″Four Arab Hamlet Plays″ (2016), ed. Marvin Carlson and Margaret Litvin with Joy Arab. More contemporary translations can be found at the new "Arab Stages" (arabstages.org) website, published by the Martin E. Seagal Theatre Center

El-Husseini′s play follows a privileged, university-educated Egyptian woman as she is forced into encounters with segments of society she′d previously ignored.

With Comedy of Sorrows, Maggor said, El-Husseini ″did not set out to explain the protest movement to a foreign audience, but rather to explore the complexities and conflicts within Egyptian society. It′s this inside perspective that′s so often missing from our conversation.″

From that point forward, Maggor and Albakry were collecting and translating works on shifting ground, as Egypt′s socio-artistic landscape changed drastically: the nation shifted from the rule of the military, to President Mohammed Morsi, to Abdul Fattah al-Sisi. When Maggor met with theatre artists, she said, they often didn′t want to talk about their work from a year or two earlier.

Yasmeen Emam, whose 2009 play The Mirror is included, was delighted to see her work translated into English. Yet she was ambivalent about seeing her work in the frame of revolution. Post-2011, she said, many Egyptian artists used the revolutionary frame to get a leg-up in their career, ″even those who were against it.″

The Mirror centres on a young woman whose body and psyche are the play′s battleground. The narrator is fought over by dozens of internalised voices. ″I wrote this piece to imagine how a girl would be if she listened to all these voices around her that are trying to deprive her of her right to choose for herself.″

The plays in Tahrir Tales are grouped in five sections, beginning with ″Disparity and Corruption″ and ending with ″Unfinished Revolution″. Emam′s play falls into the first, along with Hany Abdel Naser and Mohamed Abdel Mu′iz′s They Say Dancing is a Sin.

Both They Say Dancing is a Sin and The Mirror were staged in Boston earlier this year. Emam said she liked the staging, particularly as Maggor found ″the similarities between the Egyptian heroine of my play and the heroine in her performance,″ making links between the struggles of Egyptian and American women.

Universalising and exoticising: the same coin?

The Mirror made this leap successfully. But Maggor said it′s tricky, as she tries to avoid erasing specificities to universalise Arab characters, to show that they are ″just like us.″ The exotic and universal, she said, ″are in many ways two sides of the same coin. What we tend to ignore is the way in which good Arab drama can contribute to our own conversations around art and politics.″

Maggor said she′d rather focus on how Egyptian drama can contribute to established forms ″in experimental ways, or how it engages political themes and concerns that are relevant for our own society.″

Indeed, the plays in Tahrir Tales not only look at the voices that shape a young woman′s body image, but also ask questions about government corruption, class inequalities, police brutality, the treatment of migrants and refugees, ″and many other themes that are hardly specific to the Arab world,″ Maggor said.

These works can easily speak to other struggles. ″In Search of Said Abu-Naga″, by Ahmed Hassan al-Banna, tells the story of a policeman, Said Abu-Naga, who has shot and killed a protester. It focuses on Abu-Naga′s family and how they perceive the prodigal son and his actions. This play surely could resonate with police shootings in other countries and contexts.

Maggor said she hoped that these ten plays would reach English-language theatre-goers, but also university students. ″As a professor of theatre and performance in the U.S., I can tell you that, by and large, our curriculum is heavily Euro- and American-centric.″

This collection may just be part of a movement to remedy that.

Home
Print
Newsletter
More on this topic
Tahrir and Taksim – Part I: A new culture of protestThe revolution of 25 January 2011 and its consequences: Learning from past mistakesKhaled al Khamissi's bestseller "Taxi": Egypt's culture on four wheels"Walls of Freedom": immortalising the Egyptian Revolution
Related Topics
Arabic literature, Book reviews, Theatre in the Arab world
All Topics

People in Arab countries have been talking more openly about sex and sexuality for some time now, especially on social media. And for the first time ever, they have the vocabulary ... END_OF_DOCUMENT_TOKEN_TO_BE_REPLACED

Alaa Abd el-Fattah, arguably Egypt’s most prominent democracy activist, has just been handed another lengthy prison sentence. Despite this, a book of his writing has recently been ... END_OF_DOCUMENT_TOKEN_TO_BE_REPLACED

A prominent rights group in Egypt, the Arabic Network for Human Rights, is ending operations just as the country braces for a controversial NGO law. Is this the beginning of the ... END_OF_DOCUMENT_TOKEN_TO_BE_REPLACED

Moncef Marzouki was Tunisia's first democratically elected president after the fall of dictator Ben Ali. Today he is the most prominent critic of increasingly counter- ... END_OF_DOCUMENT_TOKEN_TO_BE_REPLACED

Asef Bayat, professor of Sociology at the University of Illinois, Urbana-Champaign, has been studying revolutions and how they affect people since 1979. In his recent book, " ... END_OF_DOCUMENT_TOKEN_TO_BE_REPLACED

Every year in December, the team at Qantara.de takes a look back at the articles that proved most popular with our readers. This year is no different. Here is a run-down of the ... END_OF_DOCUMENT_TOKEN_TO_BE_REPLACED
Author:
Marcia Lynx Qualey
Date:
Mail:
Send via mail

END_OF_DOCUMENT_TOKEN_TO_BE_REPLACED
Social media
and networks
Subscribe to our
newsletter