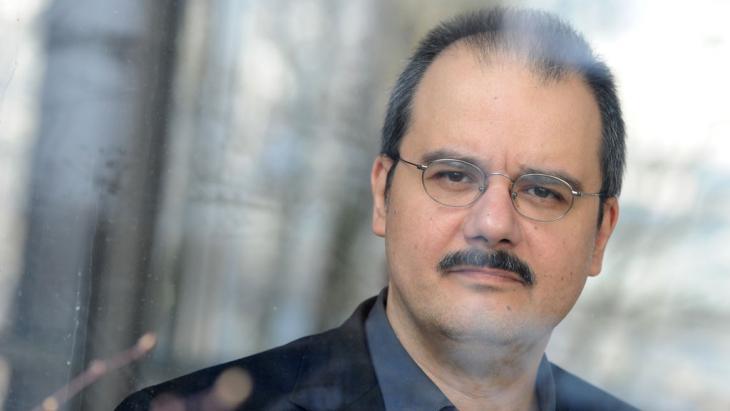 A book about intercultural misunderstandings

Just like his novel "The Dark Ship", Sherko Fatah's latest book is alarmingly topical: one of the characters, the kidnapper Abdul, stands for all the radical Islamists who mourn the bygone days of Mesopotamia and embrace a fundamentalist worldview. Claudia Kramatschek spoke to the author about his new novel

Mr Fatah, what is it about contemplating and depicting boundaries that fascinates you as a writer?

Sherko Fatah: First of all, the nature of the boundary itself. In my experience, border regions are always wild and uncontrolled. This is particularly evident in Kurdistan in Iraq, which is now falling apart, which was the subject of both my first novel and also the subsequent ones. What's more, these boundaries were drawn completely arbitrarily. In other words, breaklines emerged there that could only be prevented from drifting apart by the exercise of force. Now, we are watching this drift take place.

Your characters are often perpetrators and victims at once, thus undermining the reader's familiar certainties. In your latest novel, "The Last Place", you explore another boundary: the boundary of our cultural understanding for those we refer to as "others".

Fatah: This is a result of the plot: a German is kidnapped along with his local translator, and the two are forced to face the situation together. It goes without saying that in the course of the plot's development, the whole disparity of the two characters comes to light: their very different origins and the way these origins have shaped their personalities. And although they are quite capable of talking to each other, it becomes apparent that their mutual understanding has its limits, and in the end, it is as if the solidarity they once felt with one another is overturned.

We see Albert through Osama's eyes, and Osama, the Iraqi, through Albert's eyes. Albert seems like the embodiment of a Westerner who idealises the "Orient" with a dangerous naivety. Is this impression correct? 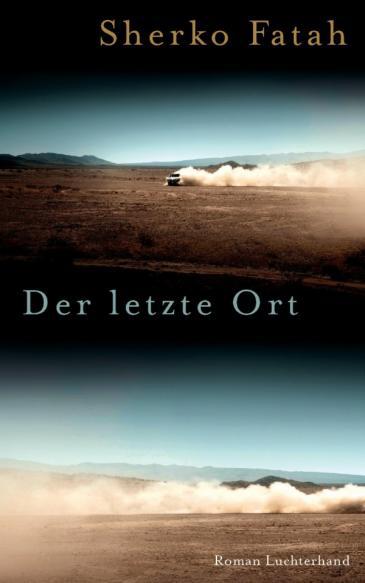 Albert, a German who works for an NGO, and Osama, his local translator, are attacked and abducted in Iraq. Unable to speak the language and unfamiliar with local customs, Albert relies completely on Osama. The more time they are forced to spend together, the further apart they grow

Fatah: I think what is even truer of Albert is that he has a know-it-all attitude when it comes to ideological matters. He sets out on the journey with just his hand luggage, following in the footsteps of his overbearing father. But then he is not really able to really see the others as they are because he has been stuffed full of latter-day socialist ideas that are built upon questionable premises. His father had a worldview that was spotless and unambiguous, but one that no longer works for Albert. And yet he can find no alternative. So ultimately, his search for truth or reality centres entirely on himself. It has little to do with reality. That is what I wanted to show.

Should we therefore see "The Last Place" as a pessimistic novel in terms of cultural understanding?

Fatah: There is a short scene with the young mute boy with whom Albert is unable to converse. Rescue was at hand, but Albert is not able to understand what this boy wants from him. If he had only followed him – and that is undoubtedly difficult in a foreign land – he would have been surprised at where it led him. But he lets his prejudice get the better of him, merely because he can't speak to the boy. This is the pattern that underlies this book; it is a book about intercultural misunderstandings.

The novel jumps back and forth not only between the present and the past, but also between Iraq and the former GDR. Are you trying to draw a parallel between the mental debris left behind by the collapse of both the GDR and Iraq?

Fatah: Yes, but naturally with all of the many differences between the two situations. I do think, though, that the basic mechanisms are always the same. The collapse of societies means much more than just the loss of a worldview. It means the loss of privileges, of standing, of security. What interested me was this switching back and forth between different systems of thought, which is a painful experience for Albert. He longs the whole time for the kind of security his father once had. Osama finds this hard to comprehend because he has never known such security. For him, this attitude represents a failure to cope with reality. This is why I found it very appropriate to put these two characters in a room together.

Like "The Dark Ship", this new novel is frighteningly topical: Abdul, one of the kidnappers, stands for all the radical Islamists who mourn the bygone days of Mesopotamia and divide the world into friend or foe. Were you anticipating the current developments in Iraq when you wrote this? 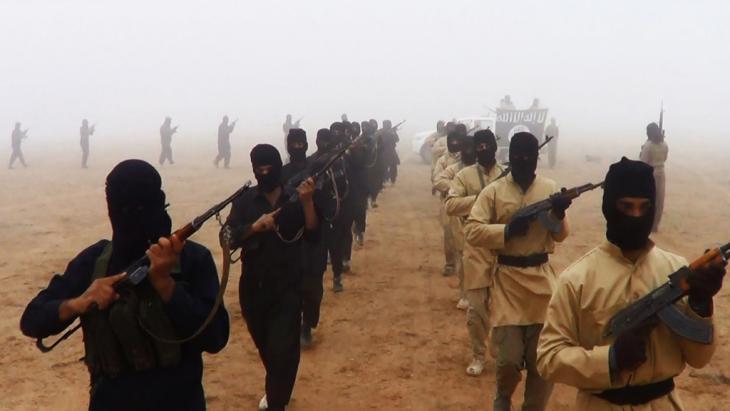 "The entire project of these Islamists is ultimately more complex than many in the West want to believe. It tends to be reduced to religion, but it is certainly also a project for social revolution and fundamental opposition to the West," says author Sherko Fatah

Fatah: We could well have ended up with years of a strange peace – a peace that was threatening, but somehow stable at the same time – but I was pretty sure what would happen, which is why I described the pre-history of the ISIS movement in the book. Because that is what they are: Albert's kidnappers are in the end the precursors to this movement. ISIS emerged from al-Qaida in Iraq, at least as far as Iraq is concerned. I deliberately wrote it that way because I knew they would ultimately try to break down the old borders, the ones that created the Middle East as we know it.

The entire project of these Islamists is ultimately more complex than many in the West want to believe. It tends to be reduced to religion, but it is certainly also a project for social revolution and fundamental opposition to the West. It is so deeply rooted and benefits so much from all the failed states and the uncontrollable areas on the peripheries of this world system that it will probably be one of the defining issues of the coming decades.

Would you like to predict what will happen next?

Fatah: At the moment, it looks as though the country is breaking up. I couldn't say what is good and what is bad about that. As we all know, there has always been unrest in Iraq. Why do we have to adhere to the borders drawn one hundred years ago? That would be the question the Kurds might now ask. They are now in a position to declare their own state. But I don't think it will be possible to live peacefully with these ultra-Islamists as their neighbours.

Sherko Fatah is the son of an Iraqi Kurd and a German mother. He spent the first years of his life in the GDR. Today he lives in Berlin, where he works as a freelance writer.

Muqtada al-Sadr, the most powerful man in Iraq

Popular support for Muqtada al-Sadr, progeny of the famous Sadr political dynasty, is on the ascendant in Iraq. Leader of the main opposition Shia faction, Sadr is also no ... END_OF_DOCUMENT_TOKEN_TO_BE_REPLACED

The Middle East is plagued by electronic armies working at the behest of one regime or another. Long used by those in power as a weapon in the fight against activists and ... END_OF_DOCUMENT_TOKEN_TO_BE_REPLACED

Reading Hassan Blasim's God 99 is an immersive experience of grief and exaltation, anger and disgust, writes Marcia Lynx Qualey. We join the Iraqi narrator as he sits around in ... END_OF_DOCUMENT_TOKEN_TO_BE_REPLACED

By stage-managing his re-election in a poll widely dismissed as a farce, Syria's President Bashar al-Assad has killed two birds with one stone: he has forced his compatriots to ... END_OF_DOCUMENT_TOKEN_TO_BE_REPLACED

In his book "Ground Zero: 9/11 und die Geburt der Gegenwart" (Ground Zero: 9/11 and the Birth of the Present) Islamic scholar Stefan Weidner analyses the consequences of the ... END_OF_DOCUMENT_TOKEN_TO_BE_REPLACED

The rollout of coronavirus vaccines in the Middle East and North Africa is already taking place on a massive scale, with the United Arab Emirates leading the way. Nevertheless, ... END_OF_DOCUMENT_TOKEN_TO_BE_REPLACED
Author:
Claudia Kramatschek
Date:
Mail:
Send via mail

END_OF_DOCUMENT_TOKEN_TO_BE_REPLACED
Social media
and networks
Subscribe to our
newsletter