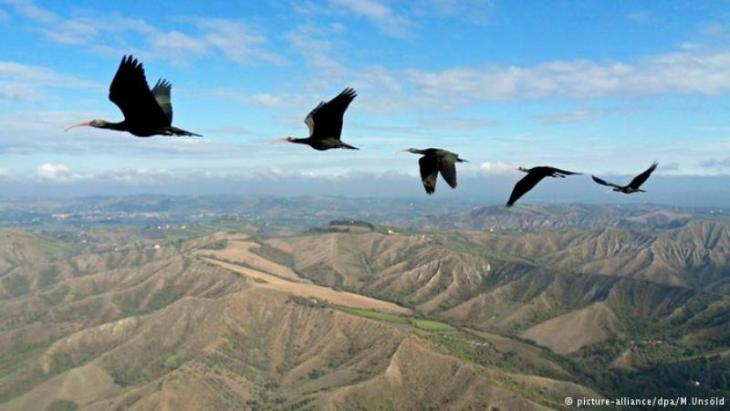 Recognised with the 2015 National Translation Award last autumn, Ibrahim al-Koni′s novel ″The New Waw: Saharan Oasis″ may seem an odd choice. After all his latest work manages to flout Western literary conventions and confound reader expectations. And yet, argues Marcia Lynx Qualey, that is precisely its appeal

To take pleasure in Ibrahim al-Koni′s ″The New Waw: Saharan Oasis″ (2014) is to embrace its strangeness. Reading al-Koni through the lens of William Hutchins′ English translation is like appreciating a new and unfamiliar music, with odd-seeming tonalities and sometimes jarring rhythms.

The novel, published in Arabic in 1999, begins with the arrival of migratory birds. The book′s nomadic desert-dwellers, in contrast to settled peoples, rush out to meet them. When the birds – or ″winged people″ – leave, just one elderly specimen remains behind. This bird′s demise foreshadows the death of the group′s leader, which in turn triggers unforeseen changes for the human flock.

This is the fourth of al-Koni′s novels that Hutchins has translated. The prolific US-based translator says that he′s generally ″wary of ′global′ novels that seem to have been written expressly to appeal to Westerners.″ ″The New Waw: Saharan Oasis″ is decidedly not that. It follows neither conventional characterisations nor timelines and seems to expand in multiple directions as it follows the group.

There is much to appreciate in al-Koni′s strangeness. Although the Libyan novelist′s work has been available in English translation for more than a decade – starting with his magical "Bleeding of the Stone" (2003), translated by May Jayyusi and Christopher Tingley – he′s only now finding acclaim.

Hutchins says that he was ″incredulous″ when he learned in October that ″The New Waw: Saharan Oasis″ had won the 2015 National Translation Award, presented by the American Literary Translators Association (ALTA). This wasn′t al-Koni′s only major English-language recognition in 2015. Al-Koni′s oeuvre was also longlisted for the 2015 Man Booker International, an honour shared with only nine other writers around the world. 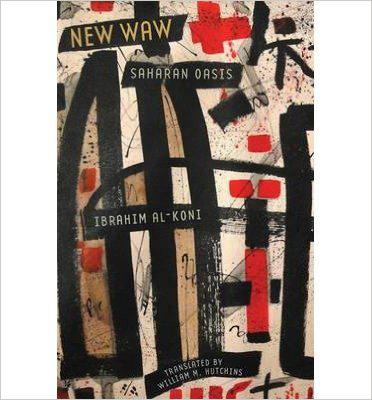 William Hutchins, the novel's translator, admits, "the ruthless lyricism of his writing keeps me coming back for more: the beautiful bite or sting of his images and words″

The source of Al-Koni′s difference is not just his language, which takes its inspiration from classical Arabic texts. It′s also the desert setting, religious syncretism and the poetry of the Tuareg people. As in much of al-Koni′s work, landscape and animals are not mere background. Part of what he contributes to world fiction is a new lens on the relationship between human, animal, spirit and landscape.

″The New Waw: Saharan Oasis″ examines the essential tension between desert nomadism and sedentary existence. The leader dies and his people build a tomb for him. A female soothsayer is installed to listen for the dead leader′s messages and a building is erected around her and the tomb. This tomb becomes a ″peg″, holding the community in place. It leads them to dig a well, after which the surroundings grow greener. Caravans come, foreigners settle in and walls are built around the community. A community with deep traditions finds itself changing.

This change doesn′t just have an impact on the desert′s humans. It affects the plants and animals found in ″The New Waw: Saharan Oasis″ as well. The straggling elderly fowl that opens the book is described in strikingly human-like terms. ″He landed in an embarrassing way and his noble beak sank into the dirt. He wrested it from the furrow, from disgrace and beat the air with it to shake off the dust and humiliation. In his tired, languid eyes the boys saw the gleam and moisture of tears.″

But it′s not just that birds are like humans. People are also described as being bird-like and as having the same sorts of hopes and spiritual aspirations as migratory birds.

This sort of intertwined attention extends even further than animal life: the seemingly inanimate desert, we′re told, is also made up of our ancestors′ bones. The leader asks himself, ″In ancient times, didn′t the people of the desert produce the body of the desert?″

Modern nation states are never mentioned in the novel. The place we hear about is ″Hammada″, a northern stretch of the Libyan Sahara. Also, as in folklore, we don′t perceive the book′s characters as specific individuals. Most don′t have names and they′re defined more by their role in the community than their personal histories and traits.

But Al-Koni isn′t writing from a ″genuine″ local′s perspective. The author, who studied in Russia and has lived for many years in Switzerland, writes in a relationship with other traditions. The epigraphs at the heads of each chapter quote from Schopenhauer, Zhuang Zi, the Rig Veda and other wisdom. While the world of ″The New Waw: Saharan Oasis″ feels specific and ancient, there are also modernities at the edges, enticing and threatening. 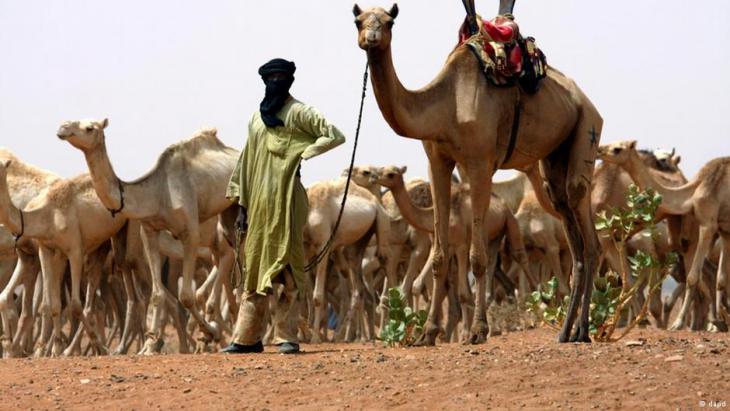 Al-Koni's inimitable style is underpinned by "the desert setting, religious syncretism and the poetry of the Tuareg people. As in much of al-Koni′s work, landscape and animals are not mere background. Part of what he contributes to world fiction is a new lens on the relationship between human, animal, spirit and landscape," writes Qualey

Al-Koni spent his childhood in the Sahara among the Tuareg. He′s long lived abroad, but his books return, again and again, to the desert. In a 2010 interview with Swiss World, al-Koni explained that ″even if I were a prophet, I would not have managed to write sixty books about it from memory. … So in order to make this beloved of mine present I have had recourse to memory of another kind, what the Sufis… like to call ′inner memory′ and psychologists refer to as ′the unconscious′.″

Hutchins says that he finds not just spirituality in al-Koni′s unique writing, but also mathematics. ″Al-Koni uses anaphora, for example, repeating the same word repeatedly in a couple of pages. Then x in the equation becomes the word that will fit all these different contexts.″

Hutchins welcomes the ″intellectual challenge” he finds in al-Koni′s novels. But it′s the ″ruthless lyricism of his writing [that] keeps me coming back for more: the beautiful bite or sting of his images and words.″

Currently, Hutchins says, he is at work on another novel by al-Koni.

″I have to date translated 450 of the 700 pages of ″Al-Majus″, which I am translating as ″The Fetishists″ for various reasons. He [al-Koni] says it is his masterpiece and I agree.″

Libya is disintegrating into chaos and lawlessness. Women who stand up to those in charge of the country end up fearing for their lives, even though it is these very women who ... END_OF_DOCUMENT_TOKEN_TO_BE_REPLACED

Relations between Ankara and Paris have reached a new low, with presidential communications contributing to the escalation. To describe recent bilateral exchanges as undiplomatic ... END_OF_DOCUMENT_TOKEN_TO_BE_REPLACED

Fraught with disagreement, relations between the EU and Turkey under Erdogan have rarely been easy. Bearing in mind recent developments, the Union needs to present a clear and ... END_OF_DOCUMENT_TOKEN_TO_BE_REPLACED

In the Arab world, freedom of opinion collides with a societal juggernaut that silences imagination with remarkable efficiency. Egyptian author and novelist Khaled al-Khamissi ... END_OF_DOCUMENT_TOKEN_TO_BE_REPLACED 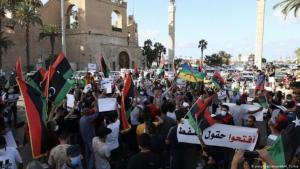 Just as in Lebanon and Iraq, civil war-torn Libya is also experiencing a wave of protests against corruption and undignified living conditions. The difference here is that ... END_OF_DOCUMENT_TOKEN_TO_BE_REPLACED

In the aftermath of the devastating explosions in Beirut, French President Emmanuel Macron is styling himself as Lebanon's saviour. Ultimately, however, the success of his efforts ... END_OF_DOCUMENT_TOKEN_TO_BE_REPLACED
Author:
Marcia Lynx Qualey
Date:
Mail:
Send via mail

END_OF_DOCUMENT_TOKEN_TO_BE_REPLACED
Social media
and networks
Subscribe to our
newsletter