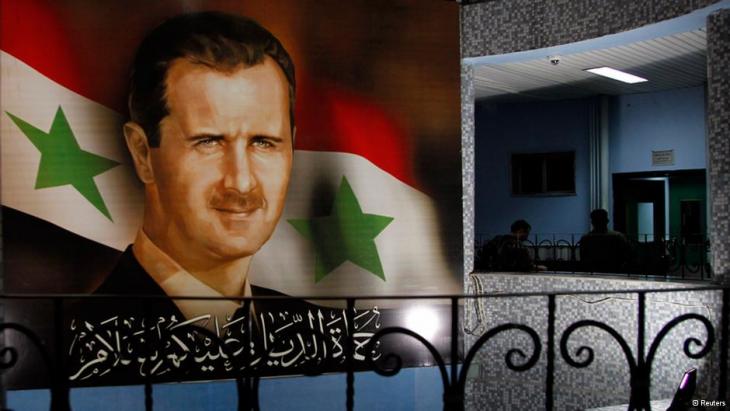 Book review: "The Wisdom of Syria's Waiting Game"
How to stay in power against the odds

In her book "The Wisdom of Syria's Waiting Game", Bente Scheller analyses Syrian foreign policy since the Assad dynasty came to power in 1970. She believes that the special relationship between domestic and foreign policy is key to understanding Syria's power apparatus. By Martina Sabra

Entire cities and swathes of Syria lie in ruins. Official figures say that at least 140,000 Syrians have been killed as a result of fighting and torture since March 2011 alone. More than seven million Syrians have been displaced and are now refugees, both within Syria itself and abroad. The United Nations estimates that by the end of 2014, 11 million people in Syria and neighbouring countries will require humanitarian assistance – that's half of the entire former population of the country.

In view of such a crisis, it might be fair to assume that the international community would rush to the aid of the Syrian civilian population and end the carnage with all the means at its disposal, not just because of the danger to regional security, but also because of its "responsibility to protect". This concept of international law entitles the UN to limit the sovereignty of a member state if the government of that nation massacres its own citizens – for example with poison gas.

But such an assumption could not be further off the mark: Russia continues to block decisions at the UN Security Council and warns against "interference" in the Syrian conflict. This sounds hypocritical. After all, Russia could be said to be permanently interfering in Syria with its extensive arms shipments to the Syrian regime, which holds air sovereignty and which indiscriminately drops bombs on civilians during what it says are attacks on rebel-held areas. But to date, there have been no consequences.

Bente Scheller notes all this in the introduction to her book: although most of the victims are dying as a result of attacks by regime troops, there has thus far barely been any talk of the responsibility to protect, she writes. 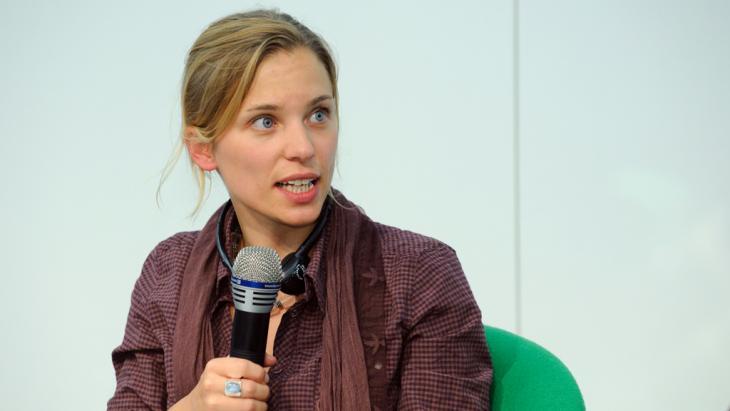 Bente Scheller is a political scientist and expert for foreign and security policy. She is also head of the MENA office of the Heinrich Boell Stiftung in Beirut

The Syrian conflict is now entering its fourth year. The Syrian army appears to have been weakened, but with the support of Hezbollah fighters from Lebanon, Revolutionary Guards from Iran and newly-established civilian vigilante groups, the regime continues to kill and torture with what amounts to a shrug of its shoulders, all the while talking publicly about "fighting terror". It sounds like they are losing their grip on reality. It also sounds like political madness.

However, the fact remains that with its multiple strategy of brutal repression, large-scale destruction and sitting it out, the Assad family – or, more specifically, its shifting power structures – have always survived over the past four decades. Whether it was the crushing of the Muslim Brotherhood rebellion in Hama in 1982, which left thousands dead, or the numerous massacres in Syrian jails, or the unspeakable human rights violations and brutal assassinations during the 20-year occupation of Lebanon, the Assads and their entourage have thus far survived each and every crisis.

How is this possible? In her book, Bente Scheller unfurls three explanatory threads that are at times very closely interwoven: Syria's complex foreign policy, the political pragmatism of the Assad regime and the tendency of the Syrian power apparatus to sit conflicts out instead of managing them.

In the first chapter of her book, Scheller describes in detail Syria's power structure and the events leading up to the revolution that began in March 2011. The Assads, members of the Alawite religious minority, suppressed all internal dissent with the help of – among other things – the Ba'ath unity party, which is structured along the lines of the socialist model. Since coming to power in 1970, they have also systematically established alliances in neighbouring countries to shore up what was actually quite a weak hold on power at home.

No vision, no strategy 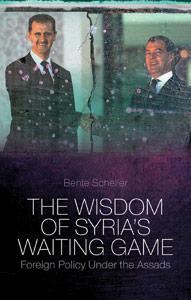 In her new book "The Wisdom of Syria's Waiting Game", Bente Scheller analyses Syria's foreign policy since the Assads came to power in 1970

In all of this, the power and survival of the regime took precedence over ideological considerations: for example, after the Islamic Revolution in Iran, the secular Ba'ath regime had no problem fostering close ties with the clerical regime in Iran, even though the latter sought to establish a theocracy.

The Assads also gave the lie to the widely-held view on the German left wing that Syria was an anti-imperialist bastion against the US. In the throes of the so-called "War on Terror", Syria took over from the CIA the job of detaining terror suspects and torturing them in order to obtain information. Damascus might have heaped hate propaganda on its archenemy Israel, but it held back from carrying out any concrete attacks, quite happy to leave this job to its allied Hezbollah militia in Lebanon. Otherwise, the approach was to just sit it out.

This remains the overriding tactic to this day: the Assad regime appears to have resigned itself to the fact that it has lost control of parts of Syrian territory. Scheller does not expect Damascus to make even the slightest effort to reach a political solution to the crisis. On the contrary: "In the year 2013, the government of one of the most important nations in the Middle East is standing with its back to the wall, with no vision and no strategy, and it appears to be willing to – and to prefer to – pull everyone and everything down with it rather than to manage any kind of transitional solution," she writes.

These are devastating prospects, above all for the Syrian civilian population. What should, what can the international community do? Bente Scheller argues the case for more robust military involvement and an open debate on the consequences: "Without an intervention, the situation will continue to get worse. (…) Although it may sound unpopular and highly controversial, the subject of intervention – either indirectly through weapons shipments or directly through ground troops – must be discussed," she says.

Bente Scheller's book is a highly detailed, fact-packed analysis of how the Syrian conflict came about.  She describes the most important axes and actors in Syria's foreign policy: the US, Israel-Palestine, Turkey, Iran, Iraq and Russia – previously the Soviet Union. Nevertheless, the book does not provide answers to all questions. Moreover, although Scheller says it is not her intention to supply a personalised overview of the Syrian system, her book does focus intently on the figure of Bashar al-Assad, among other things though numerous quotes from interviews.

The role of the Gulf States in the Syrian conflict is rather lightly sketched, which Scheller says is down to the fact that there is little reliable information available. However, this does nothing to diminish the significance of "The Wisdom of Syria's Waiting Game", which is essential reading for anyone interested in Syria.

Short movies nominated for an Oscar often don't get wide public attention. But when one is about an Iranian girl seeking freedom from male domination by taking off her veil, ... END_OF_DOCUMENT_TOKEN_TO_BE_REPLACED

World-famous Iranian film director Jafar Panahi has been incarcerated for several months, even though Iran's Supreme Court overturned the verdict against him. Now, he has gone on ... END_OF_DOCUMENT_TOKEN_TO_BE_REPLACED

Young women are driving forward the protests against the Iranian regime, which have been going on for months. Literature provides clues as to why that should be, and why the ... END_OF_DOCUMENT_TOKEN_TO_BE_REPLACED

Visiting the country of her parents, murdered by the Iranian regime in 1998, German-Iranian artist Parastou Forouhar finds a changed society: hopeful, strong and courageous, ... END_OF_DOCUMENT_TOKEN_TO_BE_REPLACED

Ballet performances are prohibited in Iran. In her film "1001 Nights Apart", director Sarvnaz Alambeigi documents the history of dance in the Islamic Republic. By Fahimeh Farsaie END_OF_DOCUMENT_TOKEN_TO_BE_REPLACED

Iran's president Ebrahim Raisi is overseeing an unyielding crackdown. The current situation grimly echoes his role in a purge of political prisoners in 1988 END_OF_DOCUMENT_TOKEN_TO_BE_REPLACED

Comments for this article: How to stay in power against the odds

END_OF_DOCUMENT_TOKEN_TO_BE_REPLACED
Social media
and networks
Subscribe to our
newsletter