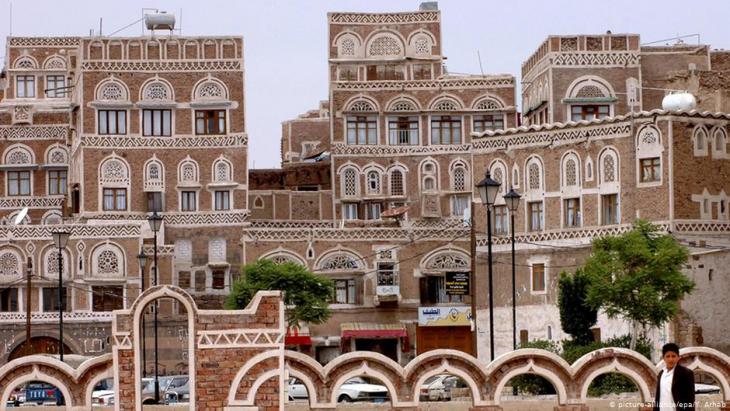 "The Wild Fox of Yemen" by Threa Almontaser is an anthology of poetry that gathers readers up and into itself and immerses them in the poet's world – the world of a first-generation American/Yemeni trying to find her way in a country while her familial roots are far across oceans in Yemen. By Richard Marcus

Yemen is currently being torn asunder by the power struggle between Iran and Saudi Arabia and Sunni and Shia Islam. Her people are being starved to death and the country is in ruins. According to Doctors Without Borders, it is currently one of the worst humanitarian disasters in the world, yet nobody seems willing or able to do anything to prevent its continuation.

In her collection of poems The Wild Fox of Yemen, published by Gray Wolf Press, Threa Almontaser navigates through this minefield of emotional turmoil – the trying to find her way in the US, the destruction of her parent's homeland and the roots of her culture, and the sense of helplessness that could be overwhelming – with brilliance and honesty. Each poem in the collection is our pathway to accessing an appreciation for her experiences. Readers may not be able to feel what she feels, but the poems communicate in such a way that we can't help but understand what she's expressing.

One foot in two worlds 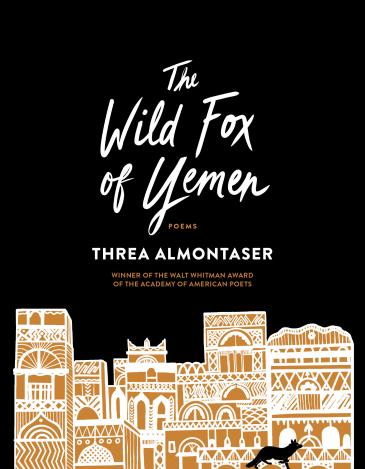 "'The Wild Fox of Yemen' by Threa Almontaser is an amazing collection of poems which not only explores the reality of an immigrant's life in America, but introduces readers to the country of Yemen behind the bloodshed and horror," writes Richard Marcus

These poems are an entrance into the unique world she finds herself living in. Every immigrant child has to create his or her own illimitable country, one with a foot in two worlds. Almontaser has done a remarkable job of showing us that while it can be incredibly difficult at times, it can also be a well-spring of beauty and strength.

Almontaser, at least in reference to this collection of poetry, reminds me of a quote from the American poet e.e. cummings: "Every artist's strictly illimitable country is herself. An artist who has played that country false has committed suicide". Not only has Almontaser created her own illimitable country through her art, she is also true to it with every word she writes.

For not only do the poems create imagery that brings them to life, from the beauty of desert sandscapes in Yemen to the fearful, nightmare imagery brought on by fear of persecution, as pictures in a reader's mind's eye, they also reveal an emotional landscape of subtle complexity. Even the memories of Yemen – as seen through the eyes of stories told by relatives or her visits to the country – avoid being sentimental memories of "the homeland". Almontaser is unstintingly honest in everything she writes.

Yemen is a major character in this collection. Almontaser's poems are replete with imagery inspired by the country. Whether it be the physical appearance of the country or its stories, Yemen seeps into Almontaser's words – grains of desert sand as grist to the mill for even the poems describing life in America. We hear the grate of cultures in conflict and the reverberation felt by the shock of their impact.

Even the language she uses in her poetry expresses the clash of cultures, with Arabic script suddenly appearing in the midst of a poem. To us, the sudden appearance of a new script amidst our familiar alphabet seems something exotic and different, a rare bloom in a prosaic garden. To Almontaser, however, it's her reality. Arabic and English are what help define her, make her both distinct and a target.

For let's be real: for the last 20 years, a brown-skinned woman wearing a hijab and speaking Arabic, Urdo or Pashtan has been a target. Being a certain shade of brown marks you out for special attention at airport security. Imagine living with that constant underlying fear, the nightmares it could give you.

In the poem "Home Security After 9/11" she brings this state of fear and uncertainty to life. Quotes from law books defining Consent are intermingled with nightmare images of the fears inspired by the constant scrutiny. "we are being abducted by [   ]/I ask the low white light, Where will all the Muslims go?/Blue men bustle me into their van, everything a slow lucent swing, lashed stiff in this effigy."

Even in how the poems are laid out on the page, Almontaser is making a statement. From the poem shaped like the goat that is butchered for a celebratory meal to the inclusion of lines in English laid out from right to left like Arabic script. In the simple practice of trying to read even the smallest amount of script in a direction we're not used to we gain the tiniest piece of insight in what this might be like for anyone having to decipher a new way of reading and writing.

Imagine having to relearn the direction letters travel on a page? If you find it difficult to retrain your eye to follow a couple of stanzas of verse how must it be for people who have to make that transition on a permanent basis? The poem "Recognized Language" not only talks about the feelings generated by this change, it also demonstrates it structurally with a verse written backwards. "deep themselves bury words missing My/soil American in/boil blood mother's my makes It/sound wrong the with wail I when/mouth my in/reflection my like off little a feel I/shrunk and stretched door car a in."

Of course her poetry is not just about themes of disconnect. There are poems that revel in the differences of who she is and where she comes from; poems that reveal the wonder and mysticism of Yemen; poems that celebrate personal and cultural history; poems that simply makes us gasp in wonder and amazement at their beauty and wonder.

Threa Almontaser wields words like a visual artist uses colours on canvas, building texture and meanings the more we contemplate them. And like the best paintings, they are not only thought-provoking, but will generate genuine emotional responses in the reader.

The Wild Fox of Yemen by Threa Almontaser is an amazing collection of poems which not only explores the reality of an immigrant's life in America, but introduces readers to the country of Yemen behind the bloodshed and horror. Almontaser has been true to her strictly illimitable country and isn't hesitant about showing it to us warts and all.

Joe Biden promised to make democracy and human rights central to US foreign policy. But that means not insisting on Israel's right to defend itself without mentioning its ... END_OF_DOCUMENT_TOKEN_TO_BE_REPLACED

Ayaan Hirsi Ali’s new book "Prey" claims to examine how Muslim immigration threatens the rights of Western women. Indeed the injustices women face only seem to matter to her when ... END_OF_DOCUMENT_TOKEN_TO_BE_REPLACED

The disappearance of Razan Zeitouneh and her colleagues has been one of the greatest mysteries of the Syrian war – until today. DW's investigative unit hunted clues across six ... END_OF_DOCUMENT_TOKEN_TO_BE_REPLACED

I regret very much that I worked for the Bundeswehr. If the Taliban knock on my door, I hope they shoot me right away. Guest article by Ahmad Jawid Sultani END_OF_DOCUMENT_TOKEN_TO_BE_REPLACED

Almost all NATO troops have withdrawn from Afghanistan. Turkey is looking to fill the gap and is offering itself as a new protective power. But the Taliban are sending clear ... END_OF_DOCUMENT_TOKEN_TO_BE_REPLACED
Author:
Richard Marcus
Date:
Mail:
Send via mail

END_OF_DOCUMENT_TOKEN_TO_BE_REPLACED
Social media
and networks
Subscribe to our
newsletter