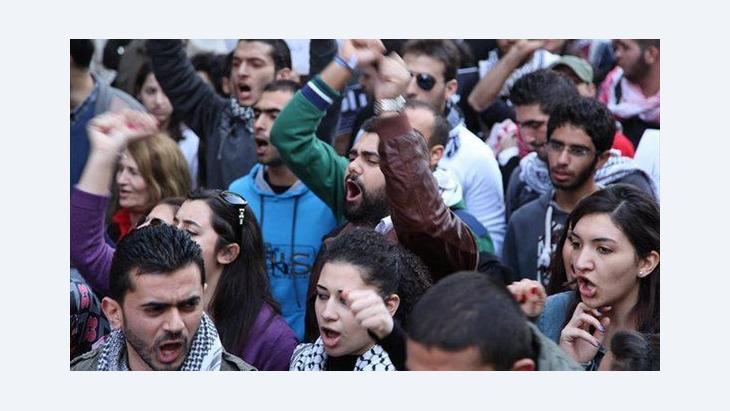 The Rebellion of the Young

﻿Volker Perthes is director of the German Institute for International and Security Affairs in Berlin. In his new book, Der Aufstand (The Uprising), he looks at the Arab uprisings and considers what they could mean for German and European policy and for the Middle East as a whole. Claudia Mende read the book for Qantara.de

The German Institute for International and Security Affairs is an independent research establishment funded by the Office of the Federal Chancellor. One of its tasks is to advise the government. After the start of the Arab Spring last year, many Middle East experts were criticized for having failed to foresee the uprisings and for emphasizing instead the stability of the existing authoritarian regimes. The media and the public wanted to know why no one had forecast the outbreak of a protest movement that stretched from Tunis to Sanaa.

Perthes, a political scientist, is not just one of the best German experts on the Middle East and on Syria in particular, he is also a commentator on current events who is much in demand in the media. In his book, he analyzes and gives a structure to what has happened, divides up the revolutionary events into typical phases and describes similarities as well as differences in the region.

He doesn't try to give the impression that he was there himself, preferring to provide background information and analysis. Perthes offers a wide-ranging view of the whole Arab world and includes in his picture countries on the periphery, like Sudan, or countries that at least seem to be immune to change, like the Gulf states.

A considerable amount of the book is taken up with his recommendations for German and European policy, which is no surprise, considering his status as the head of one of Germany's most important think tanks. 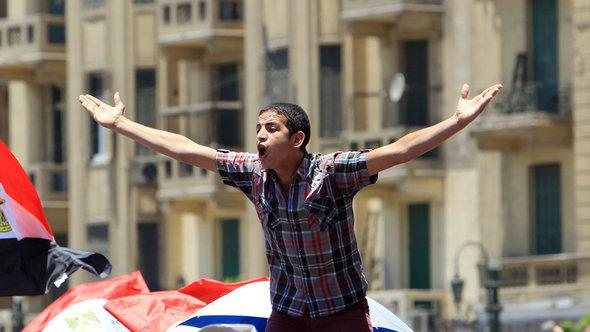 An uprising of the young in the Arab world: in his latest book, Volker Perthes makes it clear that he sees the Arab uprisings as a rebellion of the young against the authority of the older generations and calls on Europe to send out "stronger political signals" to the region, which has undergone such change in the past 18 months

No more "wall of fear"

Perthes sees the Arab uprisings as, above all, the rebellion of the younger generation against the authority of the old. Out of fear, the older generation was prepared to accept things that the young are no longer prepared to put up with. The "wall of fear" has fallen for them, and this change in attitude can no longer be reversed – even if the political process of achieving democratic conditions is a tedious and difficult one and there are many setbacks to be overcome.

To illustrate this, he cites an interesting example from Syria that was reported in the Saudi newspaper Sharq al Awsat: according to the report, when the protests against Assad began in the city of Homs, the older, pious people tried in vain "to stop the young ones from joining a protest demonstration after Friday prayers in the grand Khalid bin Walid mosque." But the young people wouldn't be put off. It is as a result of examples like this that Perthes sees the Arab revolution as a youthful, non-ideological uprising against authority in state and society.

Perthes remains polite when he talks about German and European Middle East policy in the past, but his criticism of what actually went on is sharp. For too long, he argues, stagnation was mistaken for stability, and it is still not clear to him whether decision-makers and public opinion in Europe had any idea what was going on in the Arab world.

"It's a bitter truth," he writes, "that Western policy did not really bring about progress in democratic developments in the Arab world." Above all, he sees the Iraq war as a "political programme for increased longevity" for some of the autocrats in the region, who were able to point to the chaos following the overthrow of Saddam Hussein as a justification for the lack of democratization in their countries. The war against terror following the 9/11 attacks gave the regimes plenty of cover for their rejection of democratic reform. This is a criticism directed primarily at the US.

A challenge for Europe 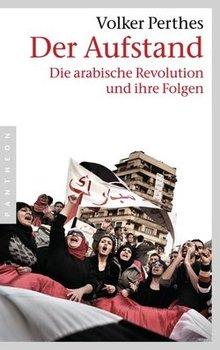 ​​﻿But there are also questions about the extent to which European policy was responsible for this stagnation. The double standards that Europe regularly applied in the Middle East also contributed to the maintenance of the status quo. For example, Europe insisted on the need for democratic elections in the Palestinian territories and then, when Hamas won the election in early 2006, insisted on certain conditions being met before it was prepared to talk to the winners. That was a demand "that Europe required of no other player in the Middle East," as Perthes points out. He sees the occupation of Palestinian territory as "the most important element leading to radical Islamist or nationalist mobilization" in the region.

Europe now has the chance to support a new beginning, even if it was surprised by the development, which came about entirely without its involvement. Perthes wants Europe to send out "stronger political signals," which would demonstrate a new attitude towards the region. Europe should above all support states that are moving towards democracy. Here, Perthes could be a bit more specific, because in light of questionable deals such as the sale of tanks to Saudi Arabia, there are good reasons to doubt whether Germany is changing its basic policy.

What Perthes wants is not new: the removal of trade barriers to give goods from the Arab world better access to European markets and easier but controlled "immigration of young people from these countries into the European labour market" in order to ease some of the demographic pressure on the young nations of North Africa.

As far as Israel is concerned, Perthes does not think that the revolutions in the Arab world – and in particular the one in Egypt – will threaten its existence. He feels that for the younger generation, the state of Israel is a well-established fact. That being said, he thinks that Israel does risk jeopardizing its future if it does not make a move regarding its relationship to the Palestinians.

Volker Perthes (b. 1958) is a political scientist, Middle East expert and director of the Institute for International and Security Affairs in Berlin

​​Perthes feels that there is no alternative to the two-state solution and the return of all the territory occupied in 1967, even if that's painful. But if the country "fails to take the opportunity of making peace with the Palestinians on the basis of the two-state solution," then the likely future will be a bi-national state, in which the Jews would be a minority." For Israel as a Jewish democratic state, that would be the real threat."

Perthes is optimistic about the future. The book was strongly influenced by the positive atmosphere of the first half of 2011. He describes Egypt and Tunisia as "democratic consolidators," where a more-or-less functioning democracy is certainly possible, especially in Tunisia. Egypt could follow the Indonesian model: formally democratic, but with authoritarian tendencies in many institutions. While the dramatic developments in Syria could not be foreseen in Summer 2011, Perthes does not hide his scepticism about developments in Libya: he considers that the reconstruction of the state and its institutions there will be very difficult.

What is somewhat irritating to the reader in the earlier chapters of the book is the repeated reference to his own earlier works, in which he claims to have foreseen the current uprisings. Perthes didn't need to do that; but perhaps he's only responding to the general criticism of think tanks like his own.

On the whole, however, Perthes provides a solid analysis that will contribute much to the comprehension of current events in the Arab world.

Germany’s electorate includes some 7.4 million citizens with international roots, while many more millions of residents from abroad aren’t allowed to vote. Both groups are often ... END_OF_DOCUMENT_TOKEN_TO_BE_REPLACED

"The people aren’t ready for democracy" has been the constitutional basis for Arab tyranny, its favourite slogan and its sacred narrative for more than a century. Yet, asks Khaled ... END_OF_DOCUMENT_TOKEN_TO_BE_REPLACED

Two decades after the attacks of 11 September 2001, the West faces the shattered debris of its failure – not only in Afghanistan, but also in Iraq, Syria, Libya and Yemen. What ... END_OF_DOCUMENT_TOKEN_TO_BE_REPLACED

They have lost everything; they are deeply traumatised – and yet they refuse to give up hope. In “The Beekeeper of Aleppo“, bestselling author Christy Lefteri focuses on the ... END_OF_DOCUMENT_TOKEN_TO_BE_REPLACED

The disappearance of Razan Zeitouneh and her colleagues has been one of the greatest mysteries of the Syrian war – until today. DW's investigative unit hunted clues across six ... END_OF_DOCUMENT_TOKEN_TO_BE_REPLACED

How can the various realities of Kurdish life, shaped by depression, resistance and war, be depicted in art? This is the question addressed by the “bê welat – the unexpected ... END_OF_DOCUMENT_TOKEN_TO_BE_REPLACED
Author:
Claudia Mende
Date:
Mail:
Send via mail

END_OF_DOCUMENT_TOKEN_TO_BE_REPLACED
Social media
and networks
Subscribe to our
newsletter