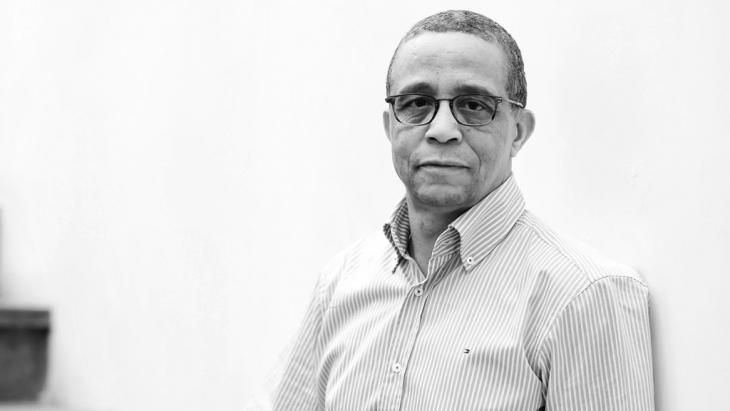 In ″The Angels Die″, released this August, the perils of boxing intersect with the precarious arena of colonial politics. Broached with the reflections of a convicted fighter awaiting the guillotine, celebrated Algerian-Francophone author Yasmina Khadra brings to life a psychological exploration of Algeria′s 20th century interwar period. By Sherif Dhaimish

Before ″Qu′on leur coupe la tete!″ is bellowed, we′re transported to the village Turambo twenty years earlier, the birthplace and namesake of this Algerian antihero. As a youngster, Turambo was forced to take on menial jobs – shining shoes and hustling on the streets of Sidi Bel Abbes to potwashing at a brothel – much to the dismay of chef de famille Uncle Mekki.

However, upon leaving their village ghetto for the Algerian coastal city of Oran, his mother begins cleaning for a grieving bedridden Jewish-Italian lady, whose son Turambo befriends. These formative years of his life reveal the complex interplay of race, tribalism and religion against Algeria′s violent postcolonial realities, exposing the tumultuous dynamics that underlie the country′s social structures.

Narrative flatness aside, Khadra confronts and incessantly refutes the issue on a number of levels. He explores the Jewish heritage of Algeria through Turambo′s explosive friendship with Gino, who later becomes his boxing manager, the outcast lives of roaming gypsies – and of course the protagonist′s own struggle as an Arab-Berber living under French colonists. 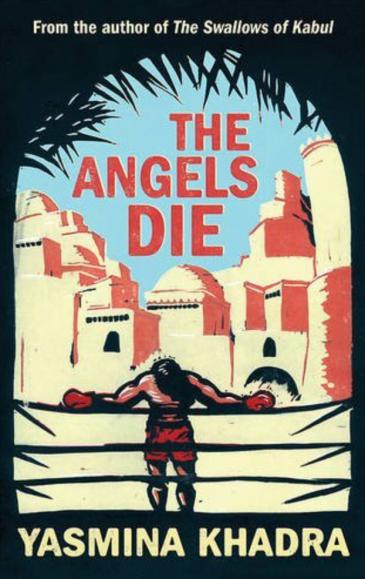 Little more than an easy read: "despite being starkly unpretentious, there′s something that doesn′t quite mesh – Khadra′s outlandish portrayal of boxing and Turambo′s amorous romances merge into a mawkishly sentimental tale," writes Dhaimish

Desperate to win the love of his cousin Nora, Turambo′s frustration drives him into the gym after acquiescing to his mother′s belief that ″love is the privilege of the rich…The poor don′t have access to it. Their world is too wretched to accommodate a dream; their romance is a sham.″

Nora′s betrothal to a rich landowner from Freda becomes the catalyst that pushes Turambo to a life of violence. His fists become the means with which he attempts to break through the class barriers obstructing the fulfilment of his basic human desires and aspirations.

His blooming boxing career begins to attract Algeria′s grimy underworld, soon placing him in the arms of a newfound love, Aida – a prostitute at the local brothel who derails his career. Violence and lust become the toxic concoction that lead to our hero′s downfall.

Khadra′s effective prose essentially tell the story of a young man whose ″heart has its reason of which reason knows nothing″ – perhaps the most intriguing layer of the translation.

Over the last decade, Khadra has become known for his trilogy of the modern Orient (″The Swallows of Kabul″, ″The Attack″, ″The Sirens of Baghdad″) and recent English releases of ″The Dictator′s Last Night″ – a discerning novel about Gaddafi′s final days – and ″The African Equation″, a story of moral conflict told through the eyes of a Western hostage.

The man behind the nom de plume is Mohammed Mousselehoul – an ex-military Algerian whom The Independent once described as ″the author of some of the most ambitious fiction to come out of France in recent years″.

The same article also claims Khadra shares a dislike for the ″consensual easy read″ with Nobel Prize winner J.M. Coetzee, yet rather bafflingly "The Angels Die" is little beyond that. Despite being starkly unpretentious, there′s something that doesn′t quite mesh – Khadra′s outlandish portrayal of boxing and Turambo′s amorous romances merge into a mawkishly sentimental tale.

Khadra uses quixotic boxing narrative, friendship and lust/love to keep this rags-to-riches-to-guillotine tale afloat – just about. Khadra is well established in the existential adventurism of contemporary Algerian literature alongside Ahlam Mosteghanemi and Assia Djebar; although this isn′t an exemplar, it is enlightening and extravagant nonetheless.

Political analyst Taqadum al-Khatib argues that Egypt can, in co-ordination with its European partners, develop a common vision to solve the complex conflict in Libya. For this to ... END_OF_DOCUMENT_TOKEN_TO_BE_REPLACED

The upheavals of the past year in the MENA region are arguably as momentous as those of the Arab Spring in 2011. Yet perhaps the biggest difference is that our interest seems to ... END_OF_DOCUMENT_TOKEN_TO_BE_REPLACED

Algeria's political impasse has been going on for weeks. Attempts to calm the public mood by sacrificing some of the Bouteflika faithful has only served to fuel demonstrators' ... END_OF_DOCUMENT_TOKEN_TO_BE_REPLACED

Nearly a decade after the Arab Spring fizzled out, a new wave of protests has swept across the Middle East and North Africa. What is different this time – and will the protesters ... END_OF_DOCUMENT_TOKEN_TO_BE_REPLACED

Hassan Aourid is one of the most important political and intellectual figures in Morocco. In interview with Ismail Azzam for Qantara, Aourid outlines his vision of the decline of ... END_OF_DOCUMENT_TOKEN_TO_BE_REPLACED

The Arab world is one gigantic pressure cooker. For the most part the lid of repression is on, but it is boiling over with increasing frequency. Whether in Lebanon, Iraq or in ... END_OF_DOCUMENT_TOKEN_TO_BE_REPLACED

Comments for this article: A quixotic narrative

as Khadra's German translator, I'd like to know who translated this novel into English. Perhaps you just could complete bibliographical information about the book! Thank you very much!

Translated by Howard Curtis (information to be found in the ALT-Tag when you hover over the book cover) - Ed.