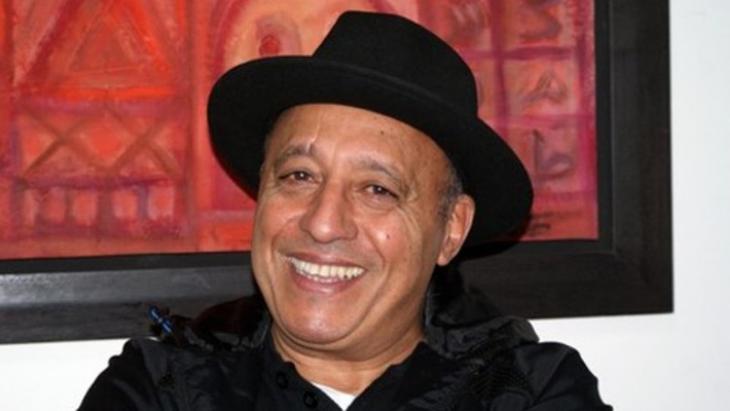 Behind the prison wall

Shortlisted for the International Prize for Arab Fiction, Fadel′s ninth novel, ″A Rare Blue Bird Flies With Me″ is set during Morocco′s Years of Lead. Exploiting the injustice of the status quo under Hassan II, this poignant tale also addresses the domestic vulnerability of its female characters within a heavily patriarchal context. Sherif Dhaimish read the book

Two attempted coups were orchestrated against King Hassan II of Morocco during the early seventies. The first in 1971 saw a convoy of army cadets overrun the Skhirat Palace, blissfully ignorant of what they were getting themselves involved in. The King survived. Many of the participants, however, were executed live on television, with countless others subjected to show trials and condemned to rot in notorious, secret prisons.

The second took place on 16 August 1972: four Northrop F-5 jets surrounded Moroccan King Hassan II′s plane whilst heading back to Rabat from France. An attempted coup d′etat, orchestrated by one General Mohammed Oufkir, was underway. As a trained pilot, Hassan is reported to have responded to the attackers via radio, saying: ″The Tyrant is dead!″ allowing his Boeing 727 to land safely at Rabat-Sale Airport. Hundreds were arrested in connection with the plot. Oufkir had apparently committed suicide that very same day, though his body was found to be riddled with bullets. 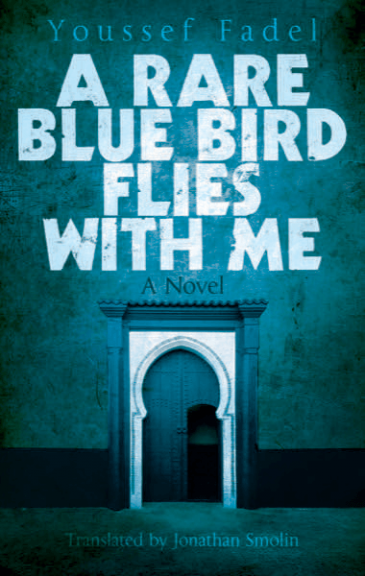 ″A Rare Blue Bird Flies With Me″ is the first part of Fadel's modern Morocco trilogy. The second part, ″A Beautiful White Cat Walks with Me″ is currently being translated

″A Rare Blue Bird Flies With Me″ is set during the Years of Lead that followed these events. Morocco′s secret prisons held thousands; it has been estimated that 700 political dissidents vanished. Author Youssef Fadel spent six months in Derb Moulay Cherif in the mid 1970s:

″…Within the extreme confines of the most barbaric manifestations of this human experience, you find out that you can get used to it and this is the most terrible aspect of the experience. Later on, following your release — having passed all this time — the experience would undoubtedly have an impact somehow.″

Set in 1990, the story begins in Azrou′s Stork Bar where Zina lives and works with her sister Khatima. Her husband Aziz, a former air force pilot, is on the brink of death in a rotten prison but she hasn′t known his whereabouts since he went missing eighteen years earlier.

This all changes when a mystery man slips her a note from across the bar. ″You′ve got just enough time to catch the nine o′clock bus to Fez,″ he tells Zina, who embarks on a journey for closure. She starves for the affection of her husband and love, despite being urged to move on by her sister.

Six individual voices are interwoven to tell a story of injustice. Taking place over 24 hours, the story often jolts to when Aziz first went missing. Khatima narrates a dark past of prostitution, telling how she and Zina wound up in the care of pimp Joujou and Stork Bar landlady, Madame Janeau.

Aziz′s story, perhaps the most eloquent of all, sits at the core of the narrative. Also without a real family or attachment to anything apart from his obsession with flight, his existential reflection reveals a broken past and intricate relationship with time. Fadel fantastically delves into this grotesque world of Aziz, the prisoner, as he withers away whilst his lover′s search continues.

″I tie my hand with a rope and hang it over a nail on the wall. I tie the other end of the rope to the toe the rat bit and stretch out. I look at the ground under me. Dampness. Water. Death.″

Aziz embodies the torment that thousands had to endure at the hands of King Hassan II. But ″A Rare Blue Bird″ goes beyond this experience, encapsulating the repercussions in wider Moroccan society. This includes the stories of two guards, Benghazi and Baba Ali, who bury the dead prisoners at an old kasbah of Pasha Glaoui and watch over Aziz:

″We don′t have anything to be jealous about. We′re not like ordinary people, as they say. And that′s inevitable. Our job gets us appreciation and respect. Not to mention, as Baba Ali says, we eat food and we wait for death.″

Translator Jonathan Smolin′s foreword rightly claims that ″A Rare Blue Bird Flies With Me″ belongs to a larger discourse on Moroccan human rights offences and contributes to the uncovering of a neglected past. This has often been documented in prison memoirs by Ahmed Marzouki, Mohammed Raiss, Mohamed Nadrani, Abderrahman Kounsi and Mohammed Errahoui. Taking a more daring avenue, Fadel uses temporal experimentation to explore this travesty, which at times interrupts the story′s fluency.

The excessive bird symbolism and jejune binaries often distil the substance of the overlapping stories. This, however, is no fault of the translation. Although Fadel probably never intended it to be a fluid read, I found A Rare Blue Bird′s disjointedness and staccato sentences quite frustrating to follow for all the wrong reasons. Perhaps this is better executed in the Arabic original due to Fadel′s use of diglossic language, which also risks alienating non-Moroccan Arab readers.

Despite the book′s poignant political and historical context surpassing its literary success, Fadel′s daring account of modern Morocco widens the periphery of the English reader on a subject that is better known in Arabic and French.

Ten years after the start of the Arabellion in North Africa and the Middle East, many view the movement as a failure. But rather than being over, it has now entered a more mature ... END_OF_DOCUMENT_TOKEN_TO_BE_REPLACED

Just like the rest of the world, the Arab region and Arabic-language media have been watching spellbound over the last few days as U.S. President Donald Trump was voted out of ... END_OF_DOCUMENT_TOKEN_TO_BE_REPLACED

M’hamed Oualdi presents the story of a manumitted-slave-turned-dignitary in the Ottoman province of Tunis and the posthumous conflicts over his estate as a case study to ... END_OF_DOCUMENT_TOKEN_TO_BE_REPLACED

Morocco is receiving much international recognition for its policy of modernisation, but the weaknesses of the model are obvious. By Claudia Mende END_OF_DOCUMENT_TOKEN_TO_BE_REPLACED

Moroccan physician and author Asma Lamrabet is one of the foremost representatives of Islamic feminism in North Africa. She urges Arab women to follow their own path, distinct ... END_OF_DOCUMENT_TOKEN_TO_BE_REPLACED

END_OF_DOCUMENT_TOKEN_TO_BE_REPLACED
Social media
and networks
Subscribe to our
newsletter