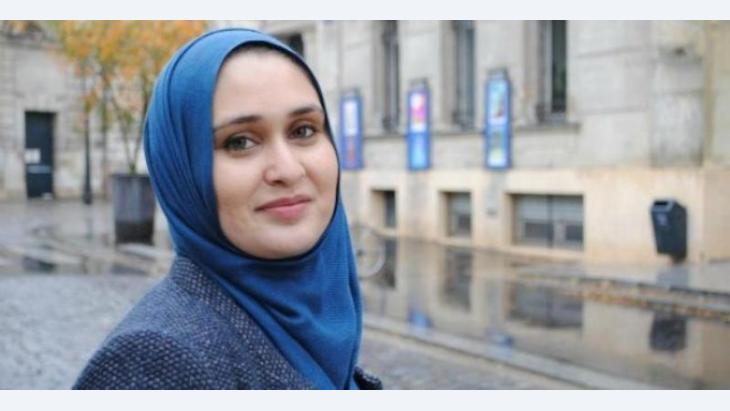 In 2012, the French sociologist Zahra Ali published a book entitled "Féminismes islamiques" (Islamic Feminisms), a compilation of ground-breaking articles by female Muslim scholars and activists from around the world. It has just been published in German translation. Claudia Kramatschek read the book

"Umm Salama, the wife of the Prophet Muhammad, is said to have asked him one day: 'Why does the Koran not speak of us women as it speaks of men?' That same day, the prophet proclaimed from his minbar: 'All of you! This is what God says in His Koran: "Their Lord has answered them: I will not allow the deed of any one of you to be lost, whether you are male or female, each is like the other."'"

The French sociologist Zahra Ali opens her book "Islamic Feminisms" with this extract of a verse from Sura 3. It is a very interesting choice of verse. After all, many of those in Europe who think of "Islam" tend to think first and foremost of the repression of women that is allegedly stipulated in the Koran, even though this phenomenon is a part of many of the world's religions.

Islam and feminism are not incompatible

Ali's instructive book, a collection of ground-breaking articles by female Muslim scholars and activists, will come as a surprise to such people. Ali – who specialises in the field of gender and Islam and has been involved in Muslim and feminist movements for years – shows that Islam and feminism do go hand in hand. Moreover, she shows that the Muslim feminists contributing to the book (the first of its kind to be published in Europe, incidentally) certainly derive their standpoints on gender equality from the Koran itself. 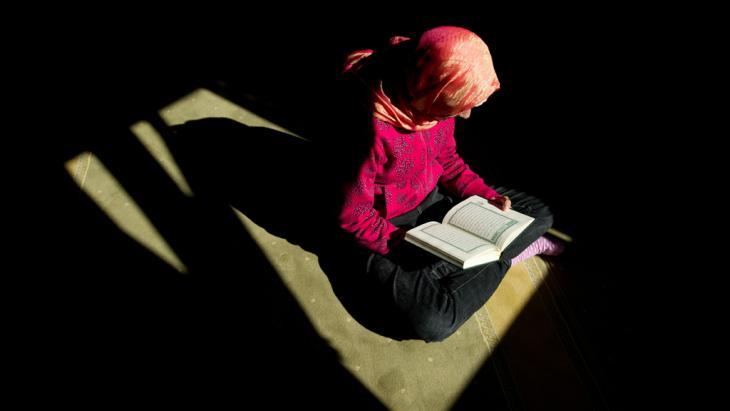 According to US historian and pioneering Islamic feminist Margot Badran, "a priority of Islamic feminism is to go straight to Islam's fundamental and central holy text, the Koran"

Ali presents feminist approaches from the length and breadth of the Muslim world, from Malaysia and Iran, Syria, Morocco and Egypt. Despite all the aspects the authors in this volume have in common, it is nonetheless important to Ali to point out the regional differences and thereby the cultural diversity within this specific feminist movement – not least because "Islam" is often seen as a monolithic entity.

The focus of all the contributors' approaches, however, is the same, namely the differentiation between the man-made (male) interpretation of Islamic law – al-fiqh – and the Islamic path in itself – Sharia – as stipulated by God and expressed in the Koran, a differentiation that is epistemologically significant due to its fundamental nature.

The Koran from a female point of view

For example, the US historian Margot Badran, a pioneer of Islamic feminism, refers to this distinction in her article: "Islamic jurisprudence, fiqh, consolidated in its classical form in the ninth century, was itself heavily saturated with the patriarchal thinking and behaviours of the day. It is this patriarchally-inflected jurisprudence that has informed the various contemporary formulations of the Sharia. (…) Thus a priority of Islamic feminism is to go straight to Islam's fundamental and central holy text, the Koran."

The task is, therefore, to undertake a specifically female re-reading of the Koran, which can give rise to very astonishing and surprising conclusions, as illustrated in the article by the Pakistani author and activist Asma Barlas. Barlas argues that Islam's uncompromising monotheism, in other words the strict primacy of divine law, offers a prospect for "genuine equality for women".

"Morally purposeful action in accordance with Koranic teachings and not sexual identity, defines human agency and subjectivity in Islam. Not only does the Koran make no claims about sexual sameness or difference that portray women as lesser or defective men or the two sexes as incompatible, unequal, or incommensurable, in the tradition of Western/ised patriarchal thought, but — unlike the latter — it also does not equate sex with given social meanings (gender), or assign specific attributes to either sex."

A bargaining chip in the hands of women 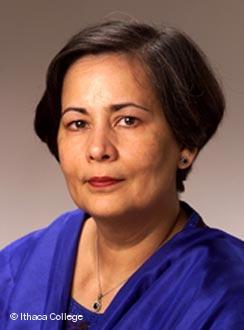 The Pakistani activist Asma Barlas argues that "Islam's uncompromising monotheism, in other words the strict primacy of divine law, offers a prospect for 'genuine equality for women'."

The Iranian legal anthropologist Ziba Mir-Hosseini – the founder of an international network for equality and justice in the Muslim family – even propagates female emancipation based on the spirit of Sharia – a Sharia, notably, that has been liberated from centuries of distortion through the male perspective: "Sharia has also become a bargaining chip in the hands of women, many of whom use it effectively in the courts; some succeed in using the very elements that give men power in marriage to make them pay, both literally and figuratively. In other words, the return to Sharia in Iran has proved, in effect, a major cause of marital breakdown and soaring divorce rates."

Ultimately, however, this would mean that political Islam had enticed the feminist genie out of the bottle. One can only wish that were the case – all the more so because Islamic feminism, as Ali admits, is still controversial within the Islamic world: "On the one hand, it is questioned by those feminists who regard religion, and Islam in particular, as antinomic to women's emancipation. (...) On the other hand, some Muslim women consider it an occidentalisation of Islam; they understand Muslim thought as a closed framework opposed to any dynamic of renewal and re-reading."

This volume provides a refreshing and illuminating counter-position to just such ideas of "closed Muslim thought". And it makes it clear that the Western fixation on the Muslim woman as a victim should be consigned to the dustbin of history.

Since President Abdul Fattah al-Sisi seized power in Egypt in 2013, he has ruled the country with an iron fist. Civil society, opposition and free press struggle to survive. Tens ... END_OF_DOCUMENT_TOKEN_TO_BE_REPLACED

The lack of grain supplies from Ukraine is forcing Egypt to act. Now even the Toshka project is being revived to grow grain in the desert. Birgit Svensson travelled to see it END_OF_DOCUMENT_TOKEN_TO_BE_REPLACED

In this unusually beautiful book of images and text, published in German and Arabic, artist Marianne Manda presents her own unique take on the megacity of Cairo. In over fifty ... END_OF_DOCUMENT_TOKEN_TO_BE_REPLACED

A stage, lights, a mesmerised audience: it looks like an Egyptian folkloric concert, but Umm Sameh is singing to heal the sick by driving out the demons that possess them END_OF_DOCUMENT_TOKEN_TO_BE_REPLACED
Author:
Claudia Kramatschek
Date:
Mail:
Send via mail

END_OF_DOCUMENT_TOKEN_TO_BE_REPLACED
Social media
and networks
Subscribe to our
newsletter