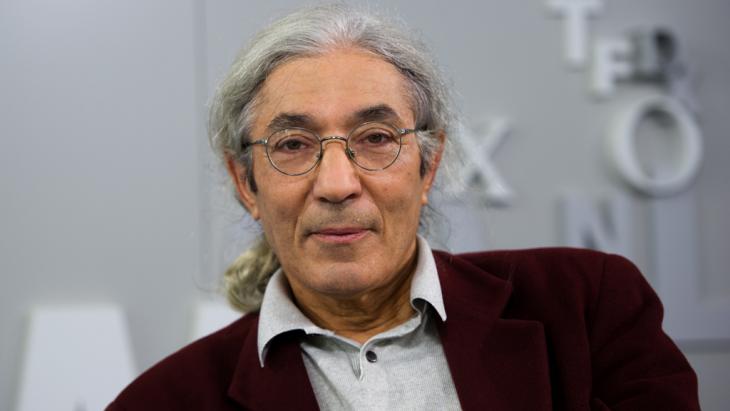 Bitter disappointment at the outcome of the Arab Spring oozes from every page of "Allahs Narren. Wie der Islamismus die Welt erobert" (Allah's Fools. How Islamism is Conquering the World) by the Algerian writer and winner of the Peace Prize of the German Book Trade Boualem Sansal. Joseph Croitoru read the polemic work

Some of Boualem Sansal's fears – for example the "beginning of a new caliphate" – as understandable as these may have been in the wake of the initial electoral successes of Islamist parties in Arab North Africa, have lost their currency following the military coup in Egypt and in view of the prolonged crisis in Tunisia. However, some of his other observations are so provocative that they cannot by excused even as a consequence of the trauma inflicted by the Algerian civil war.

In late 1991 in Algeria, the military thwarted the formation of a government by the fundamentalist "Islamic Salvation Front" by violent means, and when some of those severely persecuted Islamists reacted by putting up armed resistance, their attacks and the government's violent response cost many thousands of lives. 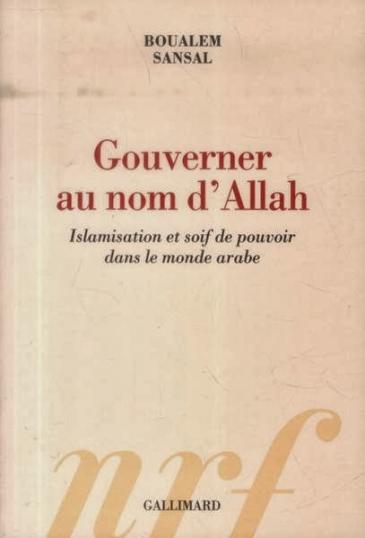 Joseph Croitoru finds Sansal's recent essay "provocative" and "disconcerting". The essay, which was originally published in French, has recently been published in German.

Even though Sansal concedes that "radical Islamism" in the country has been "militarily vanquished", he writes that he still feels that the movement is on the advance. He does not provide any evidence to back up either this disconcerting assessment or his shrill theory that Algerian Islamism is the product of a "worldwide plan hatched by the Muslim Brotherhood and Saudi Arabia and which was implemented by al-Qaeda, one of their agencies".

Sansal has no doubt at all that "crosslinks" exist between al-Qaeda, which he refers to as the "octopus", and the Muslim Brotherhood: "the same people, the same ideas, the same networks, connected with each another on thousands of levels". Again, he provides no evidence to back up his claim that despite all its internal rivalries, contemporary Islamism is a globally-active, "pulsating body" that seeks to islamise the "entire world". This is no longer just a polemical argument, it belongs firmly in the conspiracy theory domain.

Consequently, it is not surprising that Sansal equates Islamism with fascism, whereby he clearly does not want to make any distinction between reform-orientated democratic players and Islamist terrorists; in his opinion, everything is a "murderous fascism" with ramifications that now extend as far as Muslims in Europe.

He also makes the blanket accusation that the few progressive forces that do exist in the Arab world have reacted far too passively to the Islamists' activities. Sansal makes no mention of the fact that Muslim journalists and commentators have for years been robustly countering the arguments presented by the Islamist camp.

In any case, this essay, which even claims to serve as an introduction to Islam, does not pass muster as a contribution to the better understanding of the complex phenomenon that is Islamism.

Nouara may be 65, but she is ready to join thousands of others who burn their ID and pay traffickers for the chance of a new life in Europe. Zineb Bettayeb reports END_OF_DOCUMENT_TOKEN_TO_BE_REPLACED

In Doha, Arabs from Morocco, Tunisia, Egypt and Algeria are gathering to celebrate the first ever FIFA World Cup to be held on Arab soil. The criticism from Europe? Over the top, ... END_OF_DOCUMENT_TOKEN_TO_BE_REPLACED

"Rebel Game: The Power of Football in the Middle East and the Qatar World Cup", an anthology published by Middle East researchers Jan Busse and Rene Wildangel, takes the upcoming ... END_OF_DOCUMENT_TOKEN_TO_BE_REPLACED

After a two-year hiatus, the Arab League re-convened at the beginning of November in Algiers against a backdrop of uncertainty and discord. By Pierre Boussel END_OF_DOCUMENT_TOKEN_TO_BE_REPLACED

The history of Jews and Muslims is far more entangled than you might imagine – but you have to listen out for it. In "Recording History", Christopher Silver takes us on a sonic ... END_OF_DOCUMENT_TOKEN_TO_BE_REPLACED

Comments for this article: Fighting Islamists with conspiracy theories

J. Croitoru's critique of B. Sansal

For people who lack any information - albeit publicly and easily accessible - "conspiracy theories" abound. It is the easiest way, after all, to denounce facts and conclusions which they find unpleasant or do not coincide with their own views. The links, for example, between Al Qaeda and the Muslim Brotherhood are so clearly documented that it takes a naive German historian and journalist like Croitoru to ignore them. Since this article was published, more evidence has turned up corroborating B. Sansal's views. Mr. Croitoru reminds us of the naive figures in Swiss author Max Frisch's play "The Fire Raisers" who do not even recognize criminals in their own house although these do nothing to hide their plans. So Mr. Croitoru's critique tells us more about the state of mind of a typical modern german naive leftist intellectual living in his "parallel world" than it tells something about Sansal's book.

END_OF_DOCUMENT_TOKEN_TO_BE_REPLACED
Social media
and networks
Subscribe to our
newsletter