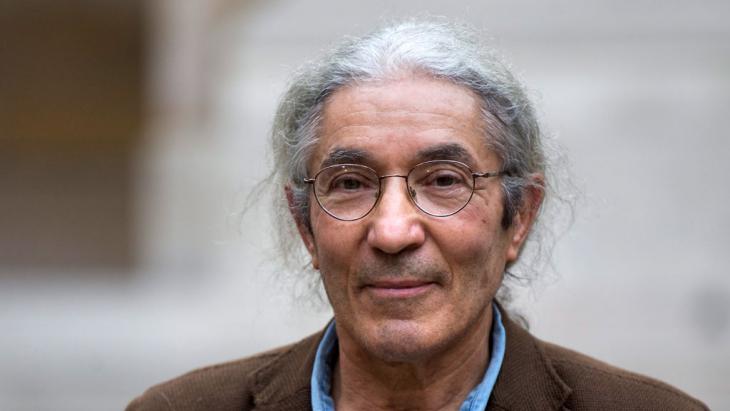 Boualem Sansal′s novel ″2084: The End of the World″
Tyranny of sorts

In his latest novel, Boualem Sansal, attacks the religious tyranny of Islam, yet fails to comment on the West′s hypocrisy with relation to the fallout of colonialism or recent political involvement. By Iman Humaydan

A country, Abistan; a city, Qodsabad; a simplified language, Abilang; a prophet, Abi, the sacred tyrant who represents God on earth; a sacred book, Gkabul and Yolah an almighty god.

In his recent novel, ″2084: the End of the World″, Algerian francophone writer Boualem Sansal describes a hellish atmosphere in which a sacred tyrannical religion dominates and dehumanises a society and deletes its memory.

People are amnesiacs – with no remembered pasts, questions or dreams, convinced that they are already living in Paradise. All of their ideas are derived from the fabricated “truth” of Yolah and his representative, Abi. The dominant, exclusive national language in Abistan, Abilang, ensures the increasing submissiveness of people. People use simplified words from the sacred book, Gkabul.

Everything they say and do shows obedience and faith to Yolah. The only two activities they can undertake without facing cruel punishment is a pilgrimage on roads monitored by security forces and pray seven times a day.

Exposing the lies of tyrannical power

Inspired by George Orwell′s classic dystopian novel ″1984″, Sansal′s ″2084″ is somewhat more optimistic. The protagonist Ati is a man of knowledge, curiosity and thought who uses the past to question the present, especially the legitimacy of the sacred tyranny. 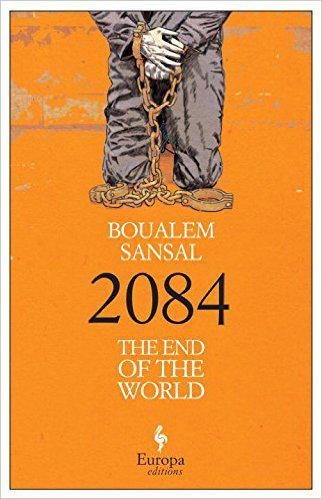 "Literary works such as ″2084″ reinforce problematic partial understandings of Islam, which are so often prone to manipulation. They do not acknowledge other people′s experience of rethinking and challenging elements of their societies, cultures and values. They fail to accept that a wide range of perceptions are possible, many of which differ considerably from mainstream Western stereotypes," writes Iman Humaydan

Meeting an archaeologist, and through his own archaeological discoveries, he realises that people can live happily without domination or religion. With his friend Koa, he questions the rules of obedience and exposes the lies of tyrannical power. But Ati, who is the voice of the author, does not delve very deeply in his questioning.

In ″2084″, Sansal directly criticises the religious tyranny of Islam using Western notions of democracy and freedom of thought without criticising the latter′s double standards, such as its history of colonisation and present day political involvement.

The novel does not take into account Arab secular regimes that have oppressed their people in the name of secularism and modernity, using the pretexts of pan-Arabism and nationalism to suppress and manipulate the people′s beliefs. These so-called secular regimes encourage and nurture fundamentalism, using it as a means of controlling the people.

Though he himself witnessed how the Algerian authorities and their secret services used violence to intimidate civilians, thus preventing an Islamic party (FIS) from gaining power at the elections, these facts do not seem to interest Sansal. The imaginary Islamic country he presents appears to come from nowhere, without origin or roots – and despite the fact that Islamism today is forcing us to take a closer look at the development of global economics and politics.

The novel′s monotonous narrative style relies on repetition to demonstrate the ugliness of ″fundamentalism″. The author is more interested in inciting fear in the West and nurturing Islamophobia, than he is in the fate of the millions of victims of Islamist violence throughout the Arab world. Crucial questions as to the origins of IS, not to mention who was and is providing the necessary funding and highly advanced weaponry remain unanswered.

Dichotomous image of the world

All seven of Sansal′s French-language novels display his hatred of Islam as found in the Arab world. ″2084″ is the most recent and the most sophisticated. The reader cannot avoid its ideological atmosphere. It presents a world divided into good people and bad people, a conceit that is maintained until almost the close of the novel, when the narrative thread gets tangled and the work′s literary quality suffers. 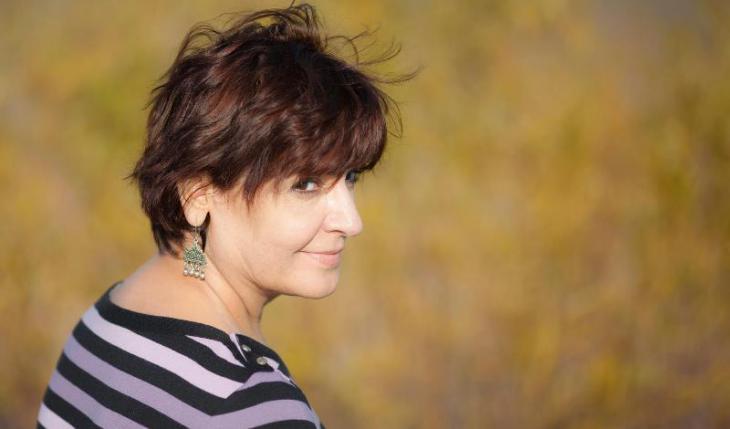 Iman Humaydan is one of Lebanon′s leading authors. Her novel "50 Grams of Paradise" was published recently

″2084″ is full of good ideas based on bad intentions – it makes the reader wonder whether some of the prizes awarded to the novel have not been given on purely ideological grounds.

Sansal has often expressed his rejection of Algerian Arabisation policies. He describes Abilang much as he has described Arabic – as a dead language. This begs the question as to whether or not there is a place for an Arabic reader in Sansal′s creative imagination? What of the millions of Algerians who are adamantly opposed to Islamism, as Sansal is, but love and live the Arabic language? This leads to the further question of readership – for whom are his novels intended? Though many French critics have failed to warm to the novel, it would appear that a French readership is the likely target.

Literary works such as ″2084″ reinforce problematic partial understandings of Islam, which are so often prone to manipulation. They do not acknowledge other people′s experience of rethinking and challenging elements of their societies, cultures and values. They fail to accept that a wide range of perceptions are possible, many of which differ considerably from mainstream Western stereotypes.

Such writing does not allow room to consider how people stand up to dictatorships – both religious and non-religious – and confront whatever tyranny they are faced with. Works like this underestimate genuine diversity and tolerance; they discourage us from questioning and re-questioning what is true and what is right. Indeed, in its judgement of the other, Sansal′s work is itself tyranny of a kind.

The history of Jews and Muslims is far more entangled than you might imagine – but you have to listen out for it. In "Recording History", Christopher Silver takes us on a sonic ... END_OF_DOCUMENT_TOKEN_TO_BE_REPLACED

Welcome to the world of Al Qasar, where Arabic music collides head-on with punk and psychedelic to create something powerful and beautiful. "Who Are We" is a raucous, subversive ... END_OF_DOCUMENT_TOKEN_TO_BE_REPLACED

The southern shores of the Mediterranean Sea are losing sand faster than almost anywhere else. The ecological and economic damage is immense. The good news is, there are ways to ... END_OF_DOCUMENT_TOKEN_TO_BE_REPLACED

To understand Islamic mysticism, we must first clear up a number of misconceptions, as Marian Brehmer writes in his essay – part 1 of a new series on Sufism END_OF_DOCUMENT_TOKEN_TO_BE_REPLACED

END_OF_DOCUMENT_TOKEN_TO_BE_REPLACED
Social media
and networks
Subscribe to our
newsletter