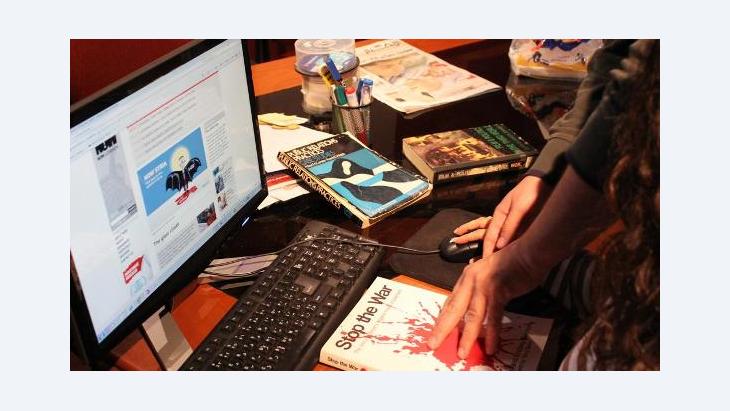 Fifteen years of civil war. Another twenty-two years of bombs, Israeli aggression and domestic discord. Now the conflict in Syria threatens to ignite the neighbouring country's flames once again. Yet more and more young Lebanese are fighting for their country – in the business arena

It is almost impossible to overlook the red letters. "Build Your Country", a Lebanese bank admonishes passers-by in Beirut, including in the vibrant Gemmayzeh neighbourhood with its saturation of WiFi bars. Hind Hobeika seems to have heeded the call in advance.

Back in 2011 she rented a spot in a hip office share so she could work alongside other young entrepreneurs on launching her invention: swimming goggles with electrode cables to measure the swimmer's heart frequency via their temples. 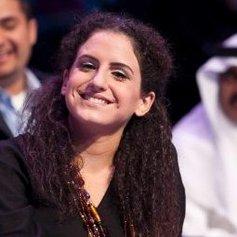 Entrepreneurship is becoming the buzzword of the moment in Lebanon: Hind Hobeika

​​It sounds more like Silicon Valley than the cliché of car-bomb-ridden Lebanon. Yet aside from the fact that the Cedar state consists of more than just political terrorism, Hind has little interest in politics. A 23-year-old from a well-off family, she's more focused on her future career – and on swimming. She became a passionate swimmer at the age of ten, always trying to improve her performance.

What she needed, she said, was to be able to take her pulse while swimming, not only after getting out of the pool. But no such monitor existed and so she began to make one of her own, during her later degree in mechanical engineering. Many others would have pursued the project as a hobby – but not ambitious, lively Hind.

In 2010 she submitted the project to the Qatari TV show Stars of Science, which aims to give young inventors and scientists from the Arab world a start in business. She and fifteen of the other 10,000 applicants made it through and she even got to the final round – where she won the third prize, worth 100,000 US dollars.

From then on, Hind knew she had potential for more than getting a safe job with a global player and hoping to be posted abroad. What she wants is to conquer the world herself, from Lebanon, with her own company. Admittedly, it was not only her TV success that persuaded her, but above all the fact that entrepreneurship is becoming the buzzword of the moment in Lebanon.

What tipped the balance were various funding initiatives that emerged over the past decade, the most prominent being the prestigious Allen MIT Enterprise Forum of the Pan Arab Region.

Sponsoring innovation by investing risk capital in young businesspeople: in Lebanon, various funding initiatives that emerged over the past decade, some of them realised by faculty at Beirut's St. Joseph University

​​Founded by Arab MIT alumni, the initiative set up shop in Beirut in 2006, to launch an annual business plan competition carrying a purse of 50,000 US dollars. The focus is on tech products, as with the Berytech Business Incubator.

This second project was founded back in 2000 by faculty at Beirut's St. Joseph University and has been investing risk capital in young businesspeople since 2008. Hind's project has also received 100,000 US dollars.

The projects funded by the EU-sponsored Business Incubation Association in Tripoli (BIAT) have a broader basis. Yet no matter whether the business idea focuses on high-tech, hairspray or handbag design – the important thing is to guide young people's talent along paths to the market, says the head of BIAT, Fawaz Hamidi. Why? Because it's the only alternative to migration, he says.

Hamidi touches on one of Lebanon's key problems. With its rival religious communities, the country functions almost entirely via clientele structures, which barely allow creativity, let alone independence. Anyone seeking something akin to personal fulfilment tends to go abroad – which explains the relatively low unemployment rate.

In 2009, according to the state-run Central Administration of Statistics, unemployment was at only six percent – however, the worst-hit age group was the 15 to 29-year-olds, the majority and theoretically the future of the four-million-inhabitant state. 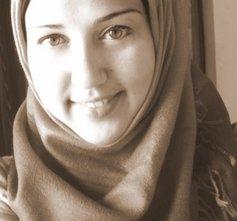 Staying true to her country instead of going abroad: 24-year-old entrepreneur Najwa Sahmarani

​​Najwa Sahmarani is 24 and has no intention of joining the unemployment statistics. Along with three team members, she works in an office in Tripoli provided free of charge by BIAT, developing a marketing concept for a new type of appliance for cardiac patients.

The idea comes from Najwa's colleague Ziad Sankari. When his father died of a heart attack that could have been prevented by timely treatment, he began thinking about an early warning system. Six years on from his first ideas as a 20-year-old student of electro- and biomedicine, he came to an outcome: a chest belt fitted with ECG sensors.

As soon as irregular heartbeats occur they are transferred via wireless technology to a server – by a computer program written by the team – and relayed to the patient's cardiologist.

Deliberate investment in a crisis region

Ziad and Najwa want to prove their device really works by applying for all the key international certificates. And they're getting them. From the European Union's CE certificate attesting to safety and quality, to a US patent allowing medical technologies onto the American market. Despite this, the team has set its sights neither on Europe nor the USA.

Instead, the future company will be headquartered in Tripoli, a poverty-ridden city shaken by inter-faith conflicts. Ziad is used to surprised reactions. He is aware of the risks, he says, especially as the current conflict in Syria is threatening to spill over to fragile Lebanon.

But why else am I Lebanese, he asks. After decades of spilt blood and destruction, the Lebanese are perfectly used to shopping in one neighbourhood while gunshots fall in the next. The only way to bring about improvements is to foster the economy, Ziad and Najwa stress.

All this may seem touching – yet the projects and the people behind them command respect. Instead of running away, more and more young Lebanese like Najwa, Hind and Ziad are fighting for futures in their own country. And showing greater enthusiasm and responsibility than the state has seen for decades. Who can say what they might yet achieve?

Home
Print
Newsletter
More on this topic
Protests against Assad in Beirut: Unrest and Political Uncertainty in LebanonHistory of the Lebanese Civil War: Coming to Blows over a School TextbookInterview with Fawwaz Traboulsi: A Collective History for Lebanon
Related Topics
Arab Spring, Arabellion, Democracy and civil society
All Topics

Germany’s electorate includes some 7.4 million citizens with international roots, while many more millions of residents from abroad aren’t allowed to vote. Both groups are often ... END_OF_DOCUMENT_TOKEN_TO_BE_REPLACED

"The people aren’t ready for democracy" has been the constitutional basis for Arab tyranny, its favourite slogan and its sacred narrative for more than a century. Yet, asks Khaled ... END_OF_DOCUMENT_TOKEN_TO_BE_REPLACED

Two decades after the attacks of 11 September 2001, the West faces the shattered debris of its failure – not only in Afghanistan, but also in Iraq, Syria, Libya and Yemen. What ... END_OF_DOCUMENT_TOKEN_TO_BE_REPLACED

They have lost everything; they are deeply traumatised – and yet they refuse to give up hope. In “The Beekeeper of Aleppo“, bestselling author Christy Lefteri focuses on the ... END_OF_DOCUMENT_TOKEN_TO_BE_REPLACED

The disappearance of Razan Zeitouneh and her colleagues has been one of the greatest mysteries of the Syrian war – until today. DW's investigative unit hunted clues across six ... END_OF_DOCUMENT_TOKEN_TO_BE_REPLACED

How can the various realities of Kurdish life, shaped by depression, resistance and war, be depicted in art? This is the question addressed by the “bê welat – the unexpected ... END_OF_DOCUMENT_TOKEN_TO_BE_REPLACED
Author:
Mona Sarkis
Date:
Mail:
Send via mail

END_OF_DOCUMENT_TOKEN_TO_BE_REPLACED
Social media
and networks
Subscribe to our
newsletter