The historic move marked the first time in nearly three decades that the Arab parties backed a candidate for prime minster, reflecting their contempt for Netanyahu, who was accused of fomenting hatred of the Arabs during his re-election campaign.

"Benny Gantz is not our cup of tea," said Arab lawmaker Ahmad Tibi. "But we promised our constituents that we would do everything to topple Netanyahu and the default here is recommending Benny Gantz."

It will be up to Israeli President Reuven Rivlin to decide which candidate should be given the chance to form a coalition government and serve as prime minister - a usually pro forma task made difficult this time by last week's deadlocked parliamentary elections.

Neither Gantz, the leader of the centrist Blue and White party, nor Netanyahu, head of the conservative Likud movement, has a majority in the 120-seat Knesset, or 61 members. But with the backing of the Arab parties, Gantz gained a slight advantage. He could have as many as 57 backers, compared with Netanyahu's 55.

Nearly 50,000 Palestinians officially work in Israel, while around 30,000 cross the border illegally every day from the West Bank to work. Israel does not make it easy for either group. 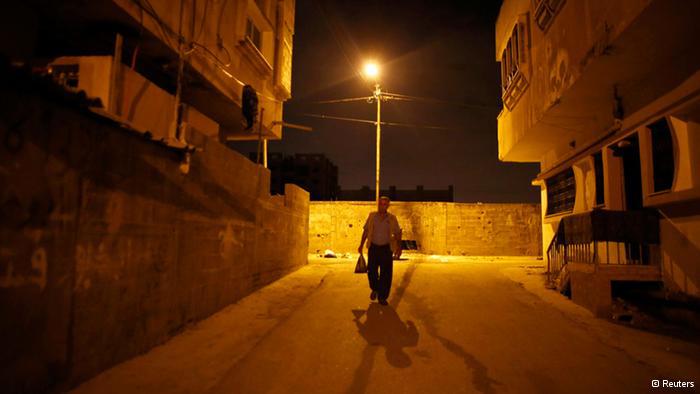 Day begins before dawn: Taysir Abu Sharif Hader is one of 47,000 Palestinians with an official work permit who cross the border from the West Bank every day. Every morning before sunrise, he makes his way to the Qalqilya checkpoint to get to his job in Israel. 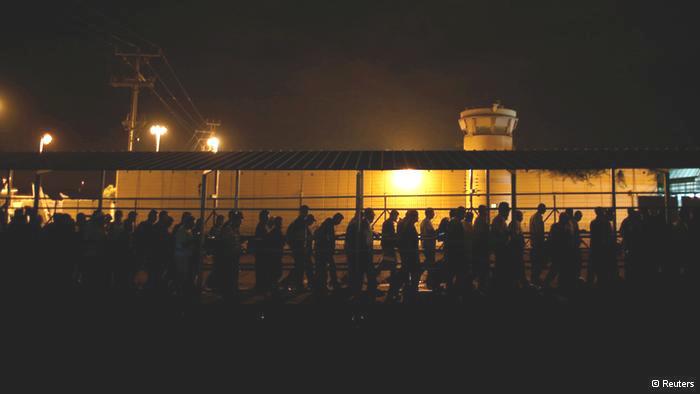 Long wait: The Palestinians who work legally in Israel have to be patient at the border crossing. But they don't have a choice - there is little work in the West Bank. And if they do find it, they can expect to make only about a quarter of the wages available in Israel. 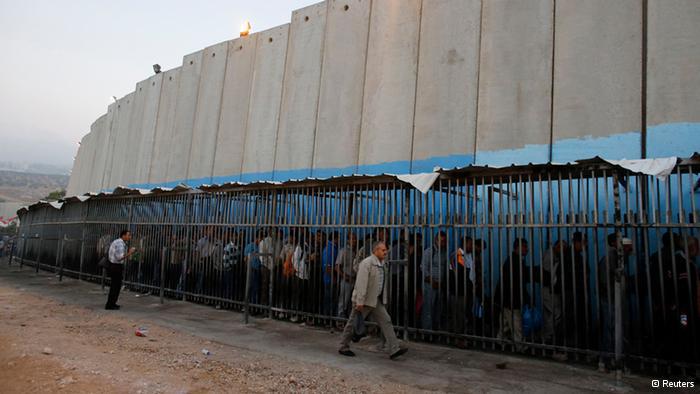 Early start: Palestinians have the opportunity to cross the border from 4 to 6 am. During this time, it's not uncommon for angry scuffles to break out among the workers if a gate at the border terminal isn't opened, or if the process takes too long. 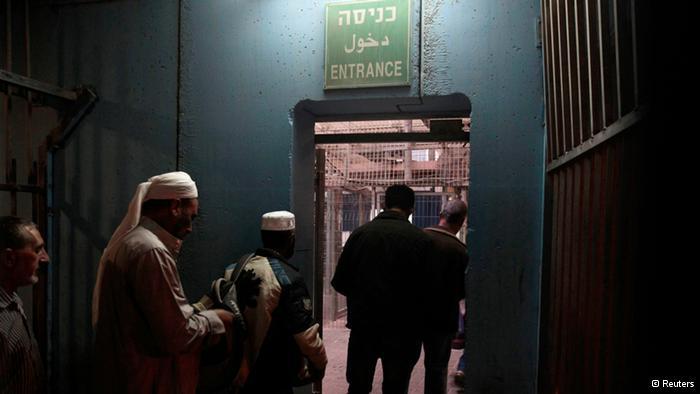 Interdependence: In 2000, more than 160,000 Palestinians worked in Israel. But Israel is dependent on the workforce, a fact that became particularly evident in 2001. 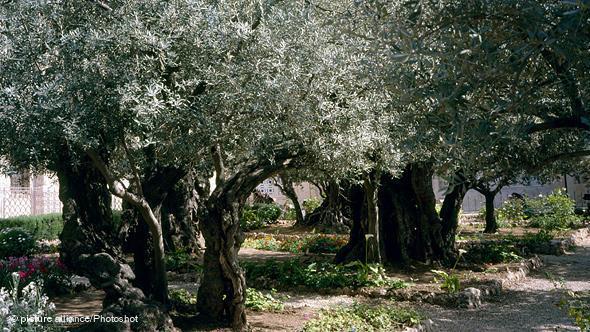 Fewer work permits since 2001: The Israeli government knows all too well that its agriculture sector needs Palestinian workers. After a suicide attack in mid-2001, all Palestinians were initially barred from entering the country. But the government subsequently decided to allow 5,000 farm laborers back across the border - just in time for the olive harvest. 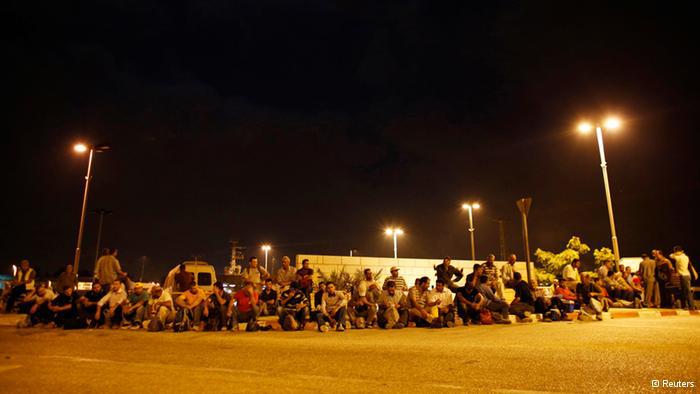 Buses waiting in Israel Some 47,000 Palestinians with official work permits make the daily commute from the West Bank. After crossing the border, they are bused to their workplaces. 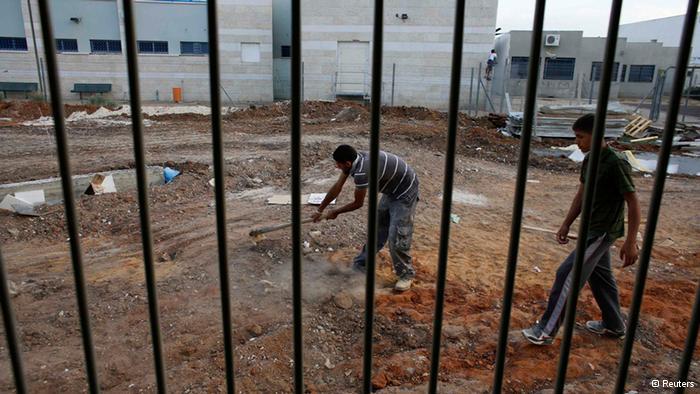 Lower income: Guest workers from the West Bank earn around 50 percent of the salary of an Israeli worker. That represents a significant saving for Israeli entrepreneurs, and for Palestinians it is still more financially rewarding than a job at home. 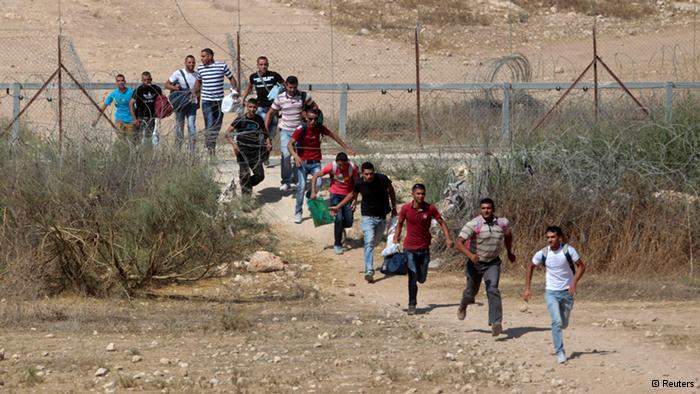 Illegal workers earn less: In addition to the almost 50,000 legal workers, there are also around 30,000 Palestinians who cross the border illegally. They earn about a quarter of an Israeli salary. 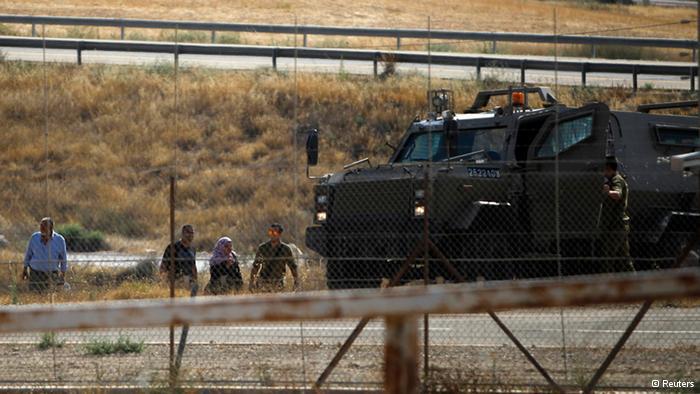 In danger: Israeli army patrols repeatedly pick up illegal border crossers. They're usually sent back the same day. Being caught makes it even more difficult for Palestinians to get an official work permit.

Maverick politician Avigdor Lieberman, head of the mid-size Yisrael Beitenu party, controls the final eight seats, making him the key powerbroker. But he announced on Sunday that he isn't endorsing either candidate.

The endorsement by the Joint List, a bloc of four small Arab parties that controls 13 seats, marked a turning point in Israeli politics. Arab parties have traditionally refrained from endorsing a candidate for prime minister and they have never sat in a coalition government, not wanting to be seen as legitimising Israeli policies.

Although many Israeli Arabs remain angry at Gantz for leading the military's devastating war against Gaza militants in 2014, their fury toward Netanyahu runs much deeper. Netanyahu's campaign repeatedly accused the Arabs of trying to "steal" the election, drawing accusations of racism and incitement.

There is also deep-seated anger over a law passed by Netanyahu's government in 2018 that declared Israel to be the nation-state of the Jewish people. Arabs believe the law codifies discrimination.

Though the Arab parties are still expected to stay out of Gantz's future government, their endorsement reflects a growing desire of Israel's large Arab minority to take a more active role in shaping the country.

In an op-ed piece in The New York Times, Ayman Odeh, the leader of the Joint List, argued that his move should end Netanyahu's political career and provide a watershed moment for Israel's Arab minority.

Netanyahu reacted by saying: "As we warned, the Arab parties that oppose Israel as a Jewish and democratic state and glorify terrorists recommended Gantz for prime minister."

The Arab parties' decision does not guarantee Gantz will be prime minister. The president usually appoints the candidate with the most supporters, but not necessarily. Rivlin has wide discretion.

The deciding factor looks to be Lieberman, who is demanding a broad unity government with the two major parties that will be secular and exclude the ultra-Orthodox Jewish parties and Arabs. That appears to be the compromise emerging between Blue and White and Likud, though both are insisting upon leading it.

Complicating matters is Blue and White's refusal to sit with Netanyahu because he faces a likely indictment on corruption charges.

Odeh said he is planning on becoming opposition leader in the case of a unity government. As the leader of the largest party in opposition, he would be entitled to the position, which includes meetings with visiting world leaders and access to sensitive security information.

Rivlin has not indicated which way he is leading. But he said he interpreted the will of the people as yearning for a "stable" government. "And there can't be a stable government without the two big parties," the 80-year-old president said.

Last week's vote was Israel's second election in five months. Netanyahu was unable to form a coalition after April's balloting.

In calling a new election, Netanyahu had hoped to secure a narrow majority of hard-line and religious parties that would grant him immunity from prosecution on charges that could include bribery, breach of trust and fraud. But now that possibility appears to be off the table.

Israeli law does not require a sitting premier to resign if indicted. But if he is charged, as is widely expected, he will come under heavy pressure to step down.    (AP)

END_OF_DOCUMENT_TOKEN_TO_BE_REPLACED
Social media
and networks
Subscribe to our
newsletter