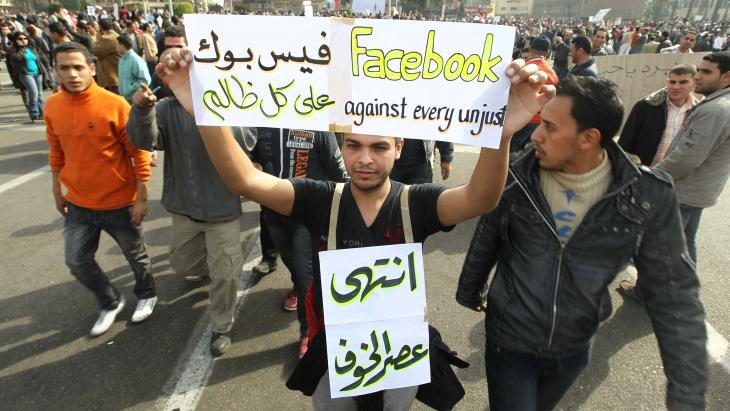 Setting up Ukraine's official Twitter account in 2016, Yarema Dukh knew that social media was the best way for his country to get its message out. And yet the tortuous history of its relations with protest movements and governments – from 2011's Arab Spring to Myanmar – suggests Ukraine will have to fight to hold on to its gains

We never had the means like the Russians to found multinational media like RT or Sputnik," the former government communications adviser explained over the phone from Kyiv.

Since Russia's full invasion last month, the Kyiv government has used social media to highlight atrocities, issue messages of defiance and even share a joke or two. Young Ukrainians have used TikTok to chronicle life under Russian siege and tech enthusiasts have commandeered Telegram channels to organise donations of cryptocurrency. On the other hand, Russia has launched an onslaught against Western tech firms and all but ended free speech online.

The Ukraine war marks the expansion of social media in conflicts from a tool of the outsider to a genuinely ubiquitous presence. But the tortuous history of its relations with protest movements and governments – from 2011's Arab Spring to Myanmar today – suggests Ukraine will have to fight to hold on to its gains.

Back in 2011, Facebook was far from the behemoth it is today and Twitter barely registered in many countries. "We were fighting to carve out a space in the margins," said Hossam El-Hamalawy, an Egyptian activist who became a prominent voice during the Arab Spring protests.

The revolts across the Middle East and North Africa became known as the "Facebook revolution" but the jury is still out on its overall role.

Hamalawy said social media's real power was not as an organising tool but as a way of amplifying the message. "I knew that anything I wrote on Twitter would get picked up (by mainstream media)," he admitted from his home in Berlin. 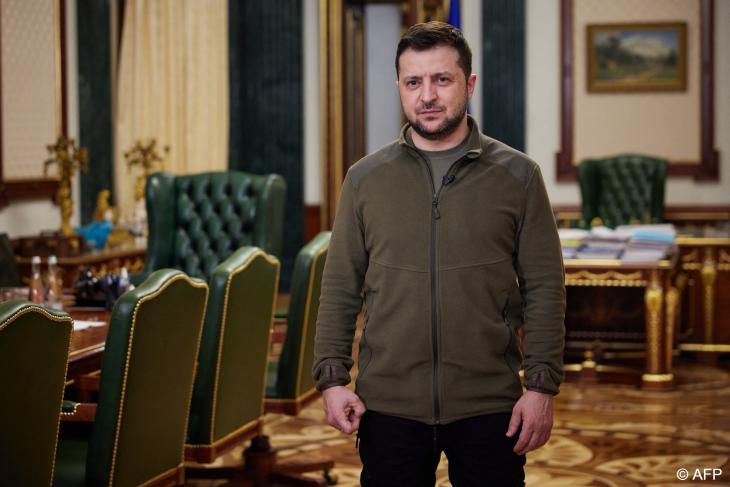 Volodmyr Zelensky has harnessed the power of social media in Ukraine

In the early 2010s in Ukraine, Dukh says the most popular social media was a blogging platform called LiveJournal. But then a journalist posted a message on his Facebook in 2014 promising to launch an anti-government rally if he received 1,000 replies.

When he got enough replies, he went to Maidan square in the heart of Kyiv and launched a protest that brought down the pro-Russian government. The exposure also helped Facebook become the number one social network by far in Ukraine.

During this period, the U.S. tech giant was happy to embrace its association with outsiders and protesters. Company boss Mark Zuckerberg wrote in 2012 that the firm was not interested in profits but rather in empowering people to carry out social change. However, social media companies were already in a much more complex position.

Burmese journalist Thin Lei Win said 2012 was the moment when Facebook "became the Internet" in Myanmar.

"Everything was on Facebook and everybody was sharing everything," she said. But some of the messages being shared were incendiary, spreading false information that stoked violence between Buddhist nationalists and the Muslim Rohingya minority. By 2018, a UN rapporteur called the platform a "beast" and accused it of inciting racial hatred.

The wheels came off in Egypt too, where faction fighting among protesters on the street was mirrored by bitter feuds online. Protest leader Wael Ghonim, whose Facebook messages had helped to galvanise the movement, told U.S. broadcaster PBS in 2018 that he soon became a target of online disinformation.

"I was extremely naive," he said, "thinking that these are liberating tools."

Meanwhile in Ukraine, the Maidan revolution was also turning sour. Moscow had used it as a pretext for annexing Crimea and sowing unrest in Ukraine's east. Dukh, as a new recruit in the government's communications team, found himself battling Russian troll farms.

Activists in Arab Spring countries now lament how the platforms they once lauded have been re-tooled to serve the powerful. A group of NGOs wrote an open letter to Facebook, Twitter and YouTube last year accusing them of supporting repression by systematically shutting accounts of dissidents across the region. But Thin Lei Win said the authorities were aware that Burmese people were enthusiastic sharers and began stopping people in the streets and demanding to see their phones. "If you had posted anything on your social media critical of the junta or supportive of the NUG (National Unity Government) you could be arrested," she said.

Facebook and other platforms closed accounts of the Burmese generals shortly after the coup and, according to Thin Lei Win, established platforms have hugely improved their record with disinformation.

Thin Lei Win and activist groups point out that the generals have since hopped on to other networks and their messages still get through. "It's like whack-a-mole, you close something, something else pops up," said Thin Lei Win.

But Dukh, who left the Ukrainian government in 2019, continues to see the positive side of social media. He said Ukraine had learnt lessons from its years of dealing with Russian disinformation and could share them with the world.

"We are good learners and I hope after the victory we'll be good teachers as well," he said.    (AFP) Under the steady hum of a ceiling fan, Ahmed Othman weaves golden threads through black fabric, creating Koranic verses, a century after his grandfather's work adorned the Kaaba ... END_OF_DOCUMENT_TOKEN_TO_BE_REPLACED

Algeria‘s regime is again cracking down on anti-fracking activists and the unemployed in the country‘s south. Yet EU countries remain keen to scale up their energy cooperation ... END_OF_DOCUMENT_TOKEN_TO_BE_REPLACED

The murder of a female student at Mansoura University in the Nile Delta has sparked a long overdue debate on femicide in Egypt. Karim El-Gawhary reports from Cairo END_OF_DOCUMENT_TOKEN_TO_BE_REPLACED

Syria, Egypt, Saudi Arabia and the UAE are among those countries increasingly misusing cybercrime legislation to silence dissent and curb freedom of speech. Could a new global ... END_OF_DOCUMENT_TOKEN_TO_BE_REPLACED

Egypt hopes to jump-start the action needed to face a warming world when it takes the presidency of major UN climate talks in November, but warns that countries need a "reality ... END_OF_DOCUMENT_TOKEN_TO_BE_REPLACED

A ceasefire has been in effect in Libya for the past year and a half. Yet after Russia's attack on Ukraine, another proxy war looms in Africa's most oil-rich country. Mirco ... END_OF_DOCUMENT_TOKEN_TO_BE_REPLACED
Date:
Mail:
Send via mail

END_OF_DOCUMENT_TOKEN_TO_BE_REPLACED
Social media
and networks
Subscribe to our
newsletter