The United Arab Emirates is known for its oil production and extravagant architectural projects. However, many are unaware that Dubai exports camel milk and chocolate. By Michael Marek 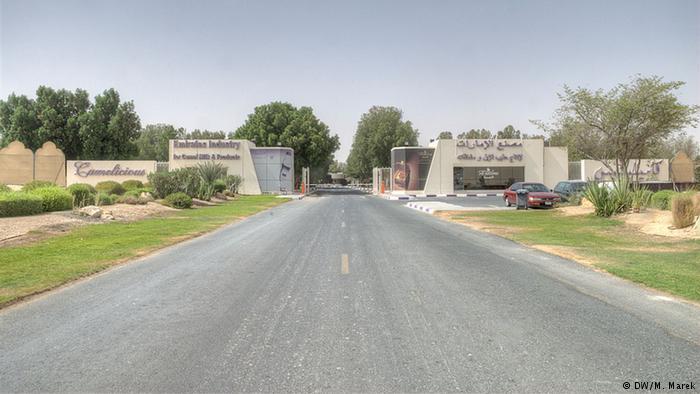 Entrance to the camel farm, Umm Nahad, half an hour's drive from Dubai. The sign at the gate reads "Emirates Industry for Camel Milk & Products". Camel milk has been produced here since 2006 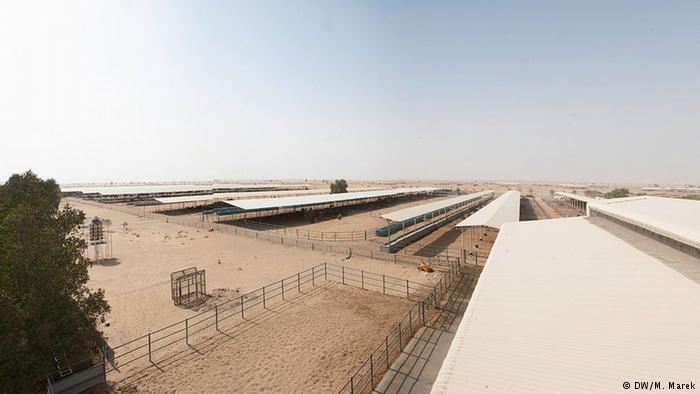 About 4,200 camels are kept in covered paddocks on this huge farm, which measures 1.5 square kilometres, an area that corresponds to about 210 football pitches 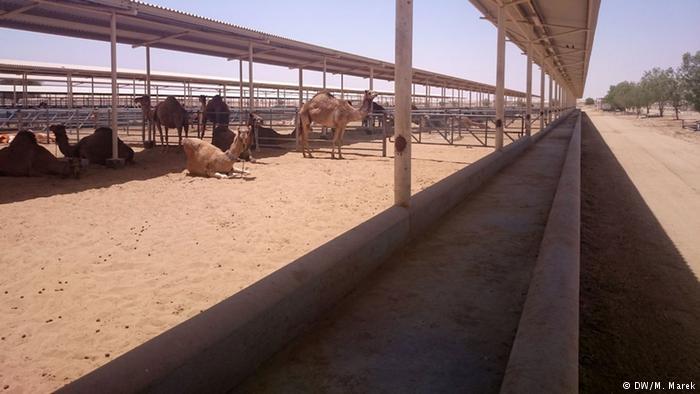 Social animals: a maximum of 25 camels are accommodated in a single paddock. Unlike dairy cows, camel mares cannot be kept in a row, they are social animals and need their social group 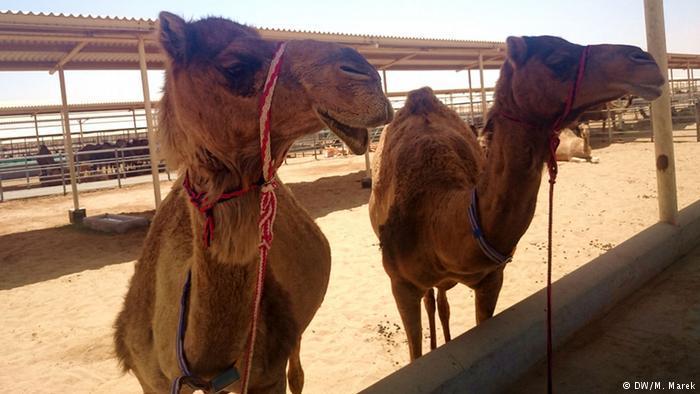 The camels are fed organic carrots, hay and alfalfa 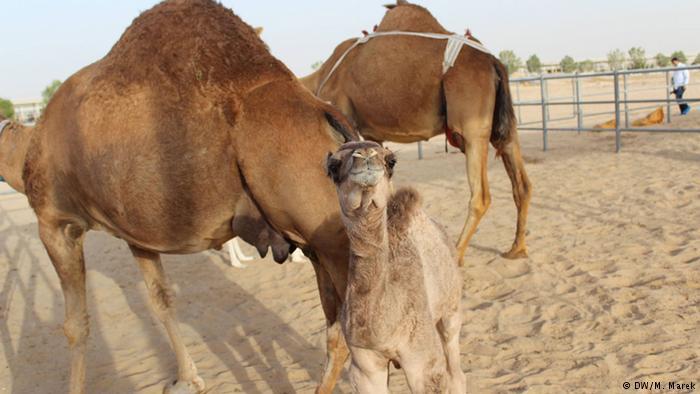 Camel mares are sensitive and stubborn. They can only be milked if the calf has previously been suckled. Moreover, during the milking process, the calf must stay close to its mother 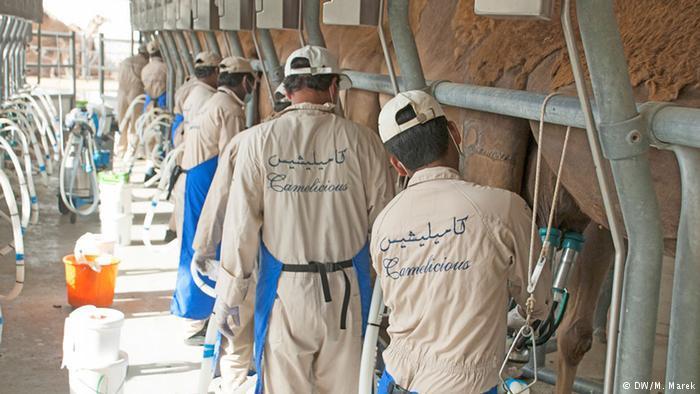 Milking parlour: a maximum seven litres of camel milk can be obtained per animal per day. Compared to Central European cows, which give between 25 and 40 litres a day, this is not much 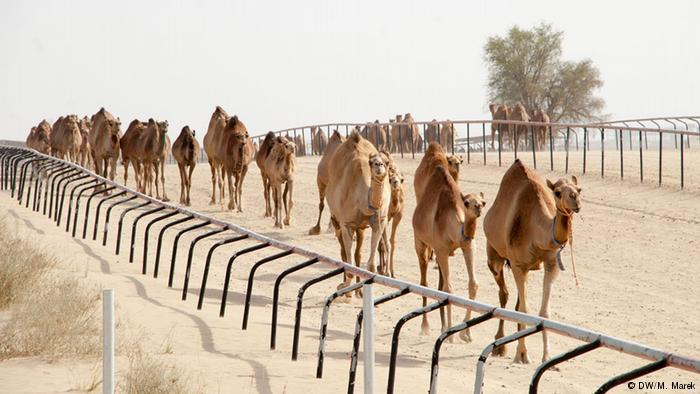 Milking takes place twice a day. During the intervening period, the camels are exercised in a fenced enclosure 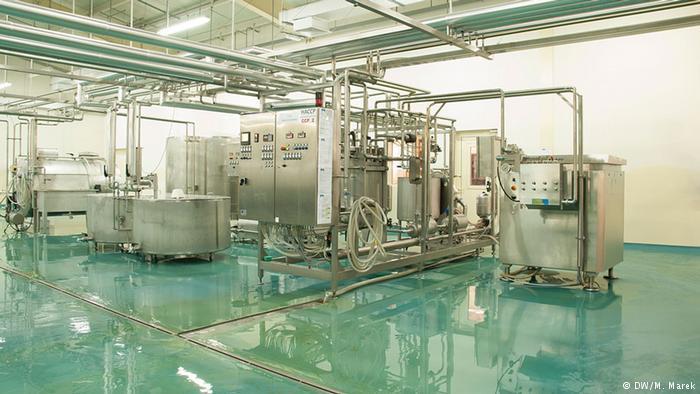 Approximately 6,000 litres of camel milk are obtained per day. The milk is then pasteurised. Camel milk contains 50 per cent less fat than cow milk. It also has a significantly higher proportion of unsaturated fatty acids, has three to five times more vitamin C, considerably more vitamin B, as well as more calcium and other minerals. 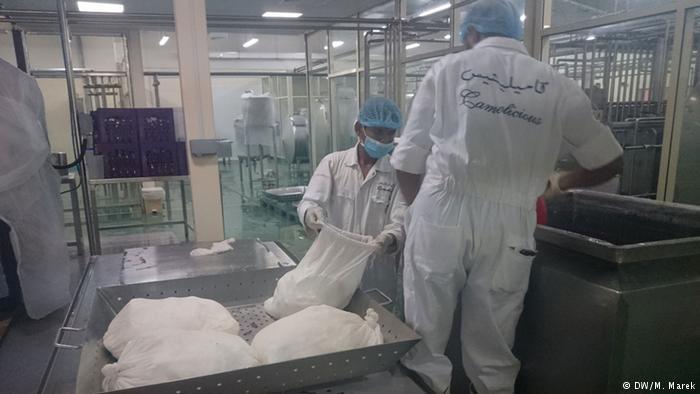 Two thirds of the camel milk is sold directly, the rest is used to make milk powder 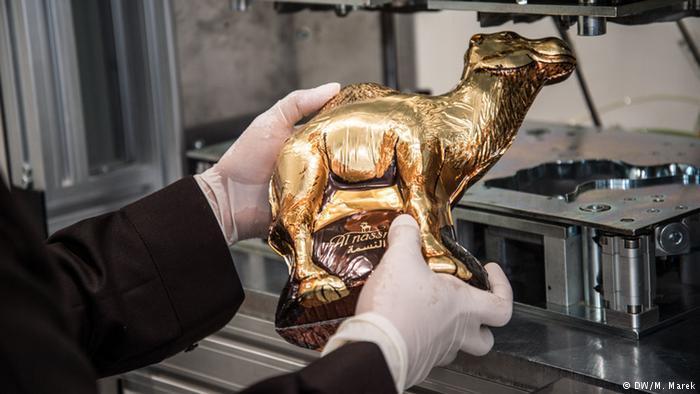 Almost too good to eat: the world's first camel milk chocolate went into production in 2008 – about 100 tonnes per year. However, the chocolate mass is not produced in Dubai itself, but in Austria. This is where the know-how is available to turn the white gold into a sweet treat Pleasure has its price: the chocolate mass is sent back from Austria to the emirate. The cocoa comes from the Ivory Coast, the vanilla from Madagascar and the milk from Dubai. This is where the chocolate products are made and packaged. Such exclusivity has its price. A 70-gram bar costs about six euros Business partners in Austria: chocolate manufacturer "Al Nassma" is the main customer for camel milk powder. Emiratis own 51 per cent of the company, the remaining 49 per cent is held by an Austrian holding company

END_OF_DOCUMENT_TOKEN_TO_BE_REPLACED
Social media
and networks
Subscribe to our
newsletter