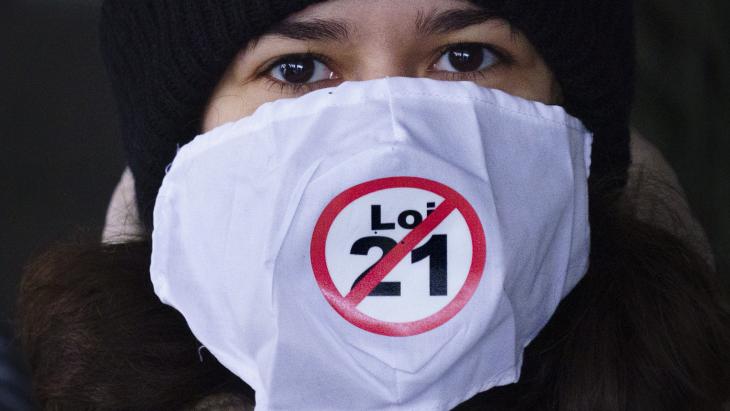 In France and in Canada's Francophone province of Quebec issues of personal freedom have recently been thrown into sharp relief. In Quebec, legal proceedings have been initiated against Law 21, which prohibits public servants from wearing religious symbols in the workplace. Richard Marcus reports

In both France and Canada, laws that were supposed to have made for a peaceful, more representational society, have instead created atmospheres of mistrust and hatred. In Quebec visible religious minorities, Sikhs, Jews and Muslims in particular, have been singled out as 'different' from the norm and made to stand out even more. Wear a hijab, yarmulke or turban mark in Quebec or, arguably, in France, and you are not really a paid-up member of society.

While France has a history of secularism dating back to the Revolution, Quebec has a long history of the exact opposite. It wasn't until the early 1960s that a new generation of Quebec intellectuals and politicians (including former Prime Minister Pierre Trudeau and former Quebec Premier and nationalist Rene Levesque) helped bring about what was known as The Quiet Revolution.

Initially Quebec nationalism, especially under Levesque, (who became premier as the leader of the Parti Quebecois (PQ) in 1976 with the expressed goal of creating a separate country ) was broadly socialist. Over the years, however, that has changed and the last PQ leader who attempted a referendum on separatism, Jacque Parizeau, blamed immigrants for its defeat.

Aware of how discriminatory their new law would be and in order to prevent court challenges based on its contravention of Canada's Charter of Rights and Freedoms, the government of Quebec – headed by Francois Legault – invoked Article 33 of Canada's constitution. Known as the Notwithstanding Clause, Article 33 allows them to pass a law notwithstanding the fact it contravenes the Charter. The only time the Notwithstanding Clause may not be used is if the law interferes with democratic, mobility, or language rights. 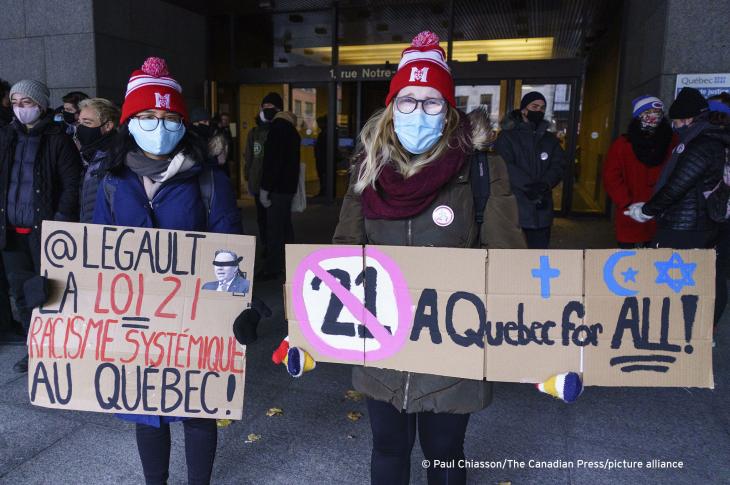 Pandering to the right: Premier Legault and his government contend the law is necessary to quell recurring unease about "religious pluralism and the place of religion in the civic space". Yet this sets a dangerous precedent: if a government can ban religious adherents from certain jobs, what is to stop future governments from enacting the similar legislation to prevent other minorities, for example, members of the LGBTQ community, from occupying public service positions in the future?

All of which makes the outcome of the court challenge, which is expected to last for weeks and eventually end up in Canada's Supreme court, launched at the beginning of November by various civil rights groups in Quebec all the more difficult to predict. They are not allowed to use arguments based on the Charter of Rights or the law's constitutional validity. Instead they have to prove that the law deprives plaintiffs of the opportunity to be involved in public life because of their religious beliefs.

For their part, the government is going to be arguing that a legislature has the right to codify the will of the people into law – and in this case a majority of Quebecois support the new law. They will also contend the law is necessary to quell recurring unease about "religious pluralism and the place of religion in the civic space".

Iranian-Canadian author Ava Farmehri’s debut novel paints a bleak picture of growing up in Iran after the Islamic Revolution. The book is both a prison novel and a reflection on ... END_OF_DOCUMENT_TOKEN_TO_BE_REPLACED

Last week Egypt's police stepped up an "unprecedented escalation" on activists by arresting a leading rights group director. Advocates on the Nile have long weathered a crackdown ... END_OF_DOCUMENT_TOKEN_TO_BE_REPLACED

A friend of the murdered journalist Jamal Khashoggi, Omar Abdulaziz is a thorn in the side of Saudi Arabia. Living in exile in Canada, the activist has been warned by the police ... END_OF_DOCUMENT_TOKEN_TO_BE_REPLACED

In 2017, Sarah Hegazy was arrested in Cairo for displaying a rainbow flag, the symbol for homosexuality and queerness, at a concert. The activist recently took her own life in ... END_OF_DOCUMENT_TOKEN_TO_BE_REPLACED

In June Canada's French-speaking province Quebec passed Bill 21, banning the wearing of religious symbols or garments by certain public servants in the workplace. Aside from the ... END_OF_DOCUMENT_TOKEN_TO_BE_REPLACED

END_OF_DOCUMENT_TOKEN_TO_BE_REPLACED
Social media
and networks
Subscribe to our
newsletter