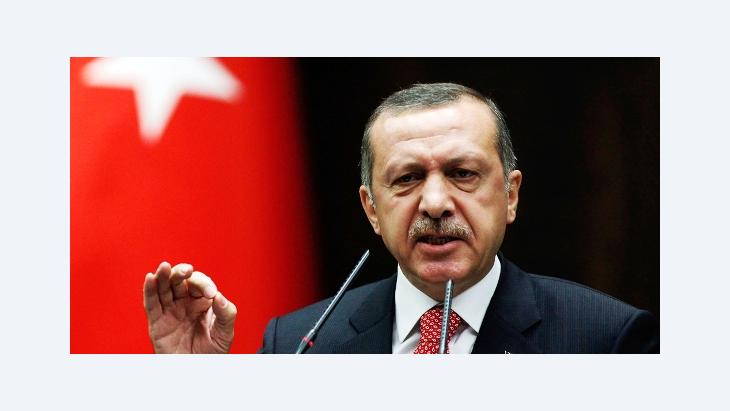 Capital Punishment Returns to the Turkish Agenda
A Message to Europe, a Warning to Kurds

Recent remarks by Turkish Prime Minister Erdoğan that Turkey might consider reintroducing the death penalty are not only indicative of the dire state of Turkish-EU relations. The move has also been perceived as a way of blackmailing almost 700 pro-Kurdish hunger strikers, whose protest has just been brought to an end. Fatma Kayabal reports from Istanbul

While few may have noticed the explosion immediately, Turkish Prime Minister Recep Tayyip Erdoğan detonated a political bomb on 3 November, when he underlined that according to opinion polls, the Turkish public would like to see the death penalty reinstated.

In a two-hour speech delivered at the 10th anniversary of the Justice and Development Party's (AKP) first election victory, he spoke about the AKP's achievements and its vision for the future, without mentioning Turkey's EU bid. His comments on the issue of capital punishment convey an underlying message from the Turkish leader, who is aiming for the presidency of his country: Turkish membership of EU no longer tops Ankara's agenda.

Few observers expected him to insist on bringing back the death penalty – however, he has kept the debate alive since the AKP congress. On 9 November, at the Bali Democracy Forum in Indonesia, he argued that capital punishment "is legitimate in certain situations", in reference to the case of Norwegian mass murderer and Islamophobe Anders Breivik.

Erdoğan said that the state should not have the authority to forgive a killer, adding: "This authority belongs to the family of the victim, it cannot belong to us," – a clear reference to the legitimisation of capital punishment through religious thinking. 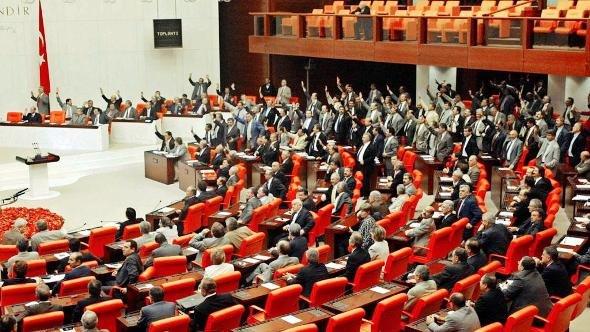 ​​At a press conference two days later, he added that Turkey should take note of countries where the death penalty exists, instead of focusing solely on the example of the European Union. Erdoğan went on to say: "The international community does not only consist of the EU. Capital punishment exists in the US, China, Russia and Japan."

Turkey abolished the death penalty in 2002 as part of its EU membership process, but the accession process has been stalled since then for a variety of reasons, both on part of the EU and Turkey – althoughugh most Turkish officials say the EU is solely to blame for the lack of progress.

Erdoğan's remarks have been perceived as a form of blackmail by pro-Kurdish politicians, in view of almost 700 pro-Kurdish hunger strikers in Turkey's prisons. The inmates had three demands: An end to the isolation of the jailed leader of the Kurdistan Workers' Party (PKK) Abdullah Öcalan (whose 1999 death sentence was commuted to life imprisonment); the acceptance of Kurdish as a valid language in courtrooms; and Kurdish as a language of instruction in Turkish schools.

The hunger strike started on 12 September and was ended on 17 November, after Öcalan himself urged participants to stop – a move that shows he is still very much in control of the organization.

​​While the hunger strike was still going on, on 11 November, pro-Kurdish Peace and Democracy Party (BDP) co-Chair Selahattin Demirtaş spoke in Diyarbakır to mark the second month of the hunger strikes. He accused Erdoğan of blackmailing the Kurdish people – in the form of the hunger strikers – and of adding fuel to the fire instead of searching for a solution.

Demirtaş, a lawyer by profession, also said that even if parliament adopts a law reinstating capital punishment, Öcalan cannot be given the death penalty because new legislation cannot be applied retrospectively to past rulings.

According to Murat Yetkin, who writes for the Turkish daily newspaper Radikal, Erdoğan may have another aim. While keeping the debate alive on capital punishment, he may also be planning the instatement of a presidential system similar to that of the US, to replace Turkey's parliamentary democracy.

Turkey's parliament is working on a new constitution and political parties are trying to reach a consensus. One of the main demands of Erdoğan's AKP is a strong presidential system. Although this has never been officially declared, Erdoğan undoubtedly has designs on a presidential role with extraordinary authority.

"Hopes are fading for a new reconciliatory constitution," Yetkin writes. "Can Erdoğan use the death penalty card to enforce a strong presidential system in a possible Turkish referendum? Why not? Will that decrease the quality of democracy in Turkey, considering the EU's Copenhagen criteria? Yes – but the number one problem now for Turkey is the PKK issue." Turkey's priorities, it seems, have shifted considerably since negotiations with the EU ground to a halt.

Home
Print
Newsletter
More on this topic
Turkey's Foreign Policy: From Regional to Global PlayerInterview with Ruprecht Polenz: ''Turkey Belongs in the EU!''Interview with Nilüfer Göle: Shifting Identities and the Stakes of Turkish Democracy
Related Topics
All Topics
Date:
Mail:
Send via mail

END_OF_DOCUMENT_TOKEN_TO_BE_REPLACED
Social media
and networks
Subscribe to our
newsletter