Celebrating the end of Ramadan in India

India is a multi-ethnic, multi-religious and multi-cultural society. But in the old, predominantly Muslim-inhabited part of the country's capital Delhi, Ramadan is celebrated by people of different faiths 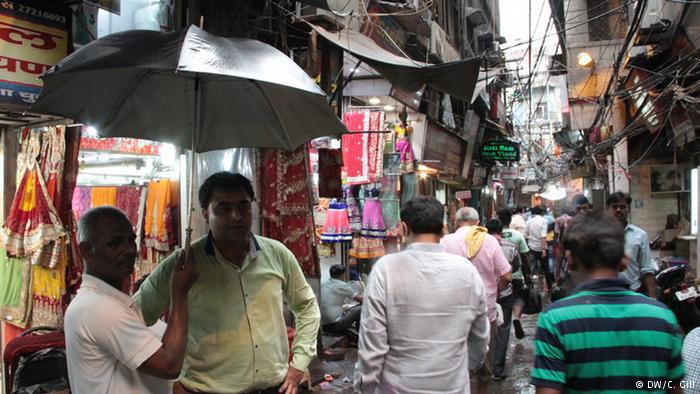 Ramadan ends, when the monsoon starts: Old Delhi continues to be the heart of the Indian capital. The predominantly Muslim neighbourhood used to be the imperial city of the Mughal rulers of India. During the month of fasting, life here starts at sunset 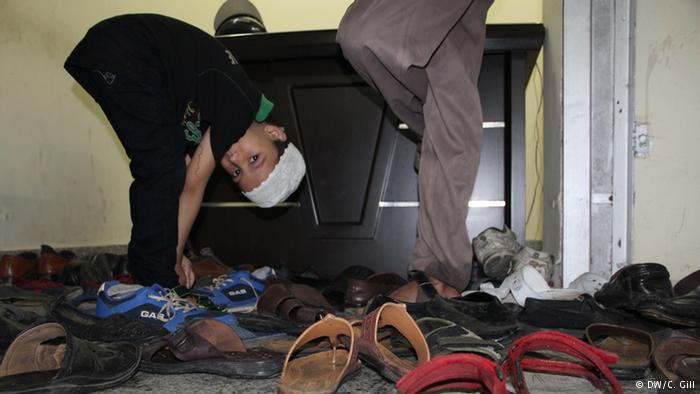 Shoes off before breaking the fast: Ismail lives in one of the narrow alleys of the old city. After sunset, the five-year-old joins his father to end fasting by having an evening meal, which is called "iftar" and means breakfast in Arabic 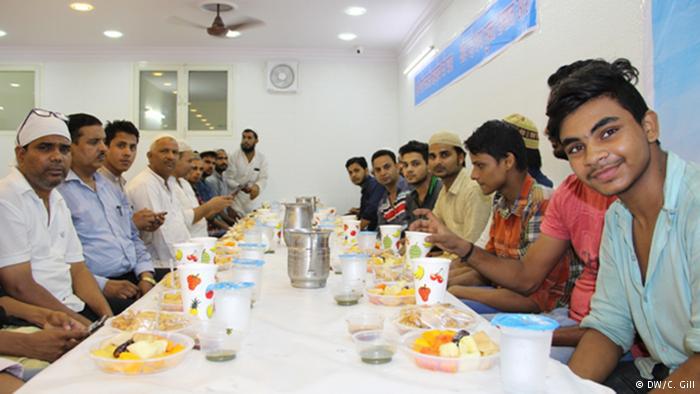 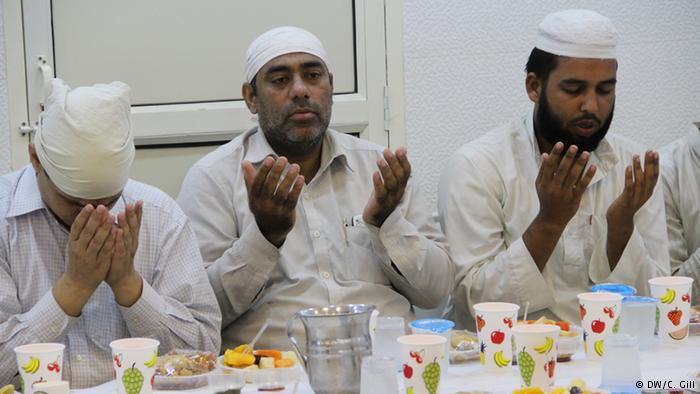 Ending the day together: the sun usually sets around seven in the evening in Delhi. Before breaking their fast, Muslims pray together. Ramadan lasts for 30 days 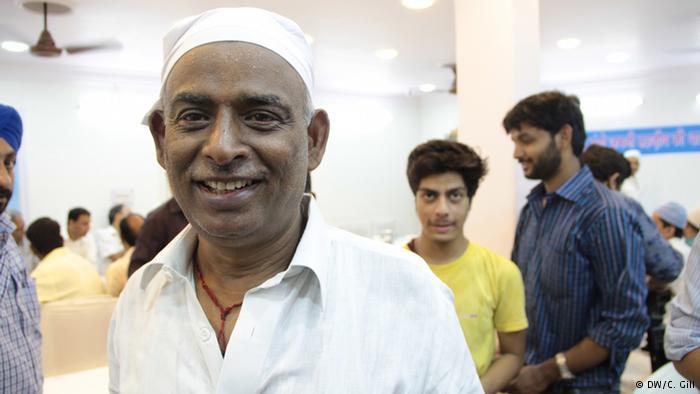 Interfaith celebrations: each year during Ramadan, Mukesh Kumar organises a joint "iftar" for both Hindus and Muslims. "That's the best way to ease tensions in society," says the 63-year old. "And it helps in establishing mutual trust and respect between the two communities″ 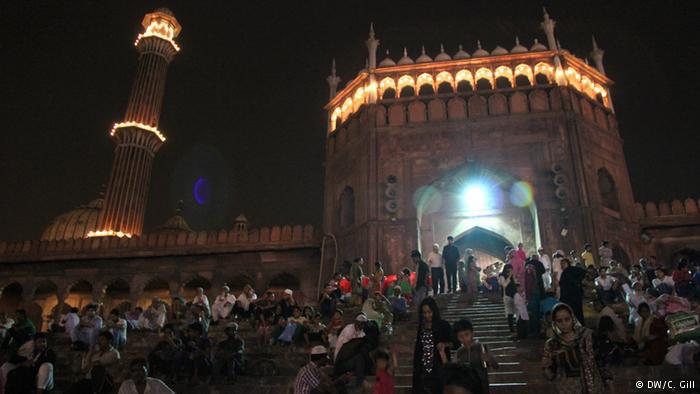 Delhi's Jama Masjid: the "Jama Masjid" or Friday Mosque dominates the centre of Delhi's old city. India's largest mosque was built in the middle of the 17th century by Mughal ruler Shah Jahan. After sunset, numerous families partake of "iftar" in the huge inner courtyard of the mosque 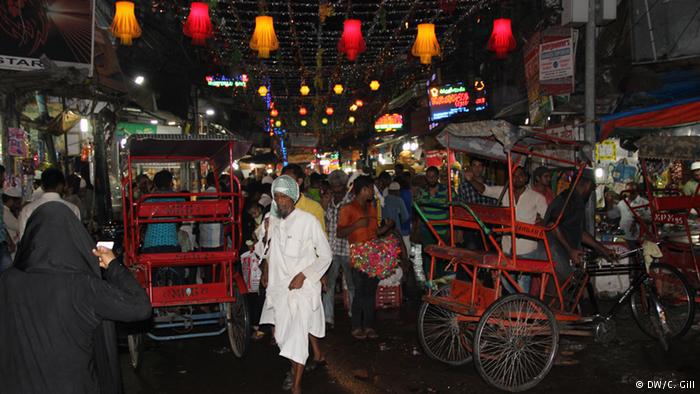 New clothes for Eid: Muslims mark the end of Ramadan by having a big celebration called "Eid-al-Fitr." Days before the holiday, many families buy new clothes. In the evening hours, thousands of people flock to the small shops of the old city 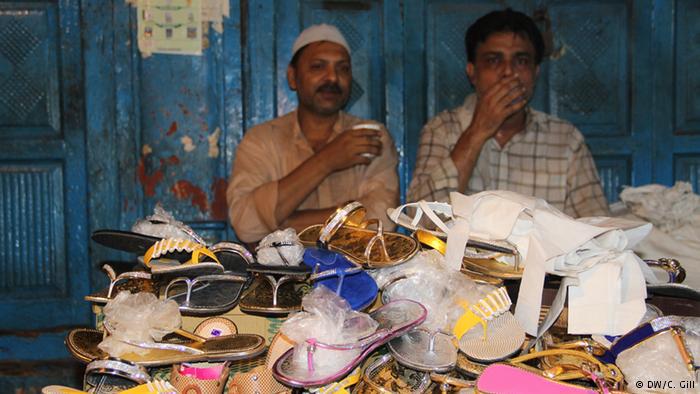 Ramadan means business: Ramadan is an important source of income for Muslim shop owners. Rainy nights mean less customers. The days before "Eid-al-Fitr" are peak season for the retailing sector 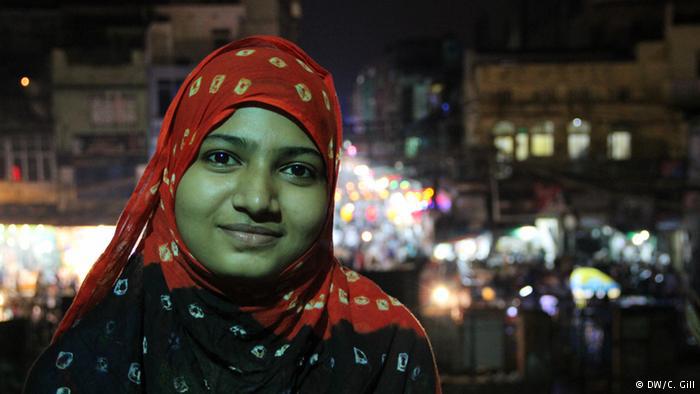 Good food at night: "during Ramadan I read the Koran every day. We pray five times a day," says 15-year-old student Anusha. During the fasting month, she particularly enjoys the festive meals in the evening with her family 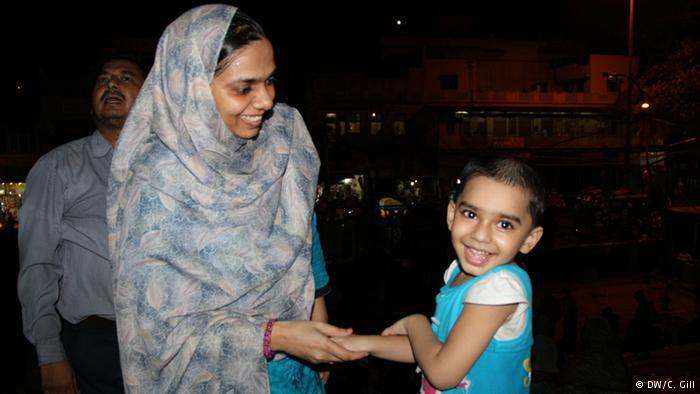 A family event: "Eid Mubarak!" That's how people great each other at the end of Ramadan. It's Arabic and means "Blessed Feast." Muslims spend a lot of their time with friends and family. The date of "Eid-ul-Fitr" is determined by the lunar calendar. According to the position of the moon in different regions of the world, this year it will be between Tuesday and Thursday