Murathan Mungan is almost as well-known and popular in Turkey as Orhan Pamuk. This is all the more noteworthy because Mungan is open about his homosexuality. His latest novel, Chador, is a bleak odyssey through a country ruled by religious fanatics. Volker Kaminski read the book 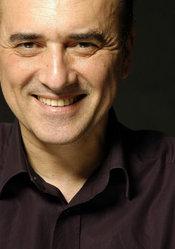 Murathan Mungan is a cult author for young readers in Turkey; some of his texts have even been put to music by pop stars

​​ Returning home can be a dangerous thing. Those who return to the cities of their birth after a long absence to search for relations or find their roots can get a rude awakening.

They may find that no-one welcomes them with open arms and that the things and people they thought they knew are strange and cold to them. "Do you feel at home?" asks the narrator in Kafka's famous parable "The Return". "I don't know … It is my father's house, but everything stands coldly alongside everything else as if minding its own business."

This is exactly how Akhbar feels when he returns to his native country after many years in exile. He lost contact with his family years ago, his father died at a young age, and Akhbar does not know whether his mother and siblings are still alive. Now he discovers that his beloved home has changed completely. Parts of the country have been destroyed by war; streets and houses are deserted. "The holes where the windows used to be stare at Akhbar like eye sockets from which the eyes have been poked out," writes Mungan. The city and the country seem like a "huge prison yard" to him.

Oscillation between nightmare and poetry

Public life seems paralysed; the few people on the streets appear disturbed. A strict regime that goes by the name of the "Soldiers of Islam" rules with an iron and bloody fist. Women in particular are brutally oppressed. They are not allowed to move about freely or leave the house without a veil; they are only allowed out in public when veiled in a heavy burqa.

Akhbar gathers his horrifying impressions in an imaginary travel diary. He notes down deep musings on the loss of reality and existence and wanders lost through the empty streets as if trapped in a nightmare. He continues to search for relations and acquaintances and knocks on countless doors, but no matter where he goes, he meets with rejection.

At one point, he meets an old acquaintance who tells him that Akhbar's mother has remarried and has long since moved away. Akhbar begins to loose his grip and the reader starts to worry what will become of him.

Murathan Mungan, author of a large number of works, is very famous in Turkey. According to his publishers, he is revered in his native country like a pop star. Chador is an intellectual mind game comprising poetical images and essay-like speculation. What makes Chador so confusing is the fact that the reader is initially led to believe that he/she is entering a real world.

The story begins with a drive over the border into a hot, desert-like country. The reader gets the impression that this country is Turkey. However, the world described in the book is not as the reader might expect. Many things seen through the eyes of the protagonist seem exaggerated.

The reader gets wound up in events that seem fantastic, reason gives way to the fable, and everything becomes increasingly surreal until the reader realises that the things described in the book are born more out of a vision than any real experience.

Mungan's language is very poetical. He makes every effort to achieve a clarity based on powerful images; sentences linger in the mind of the reader; atmospheres, smells, and noises become almost tangible, although the descriptions of them may seem a little exaggerated to western European readers.

Imprisoned beneath the veil 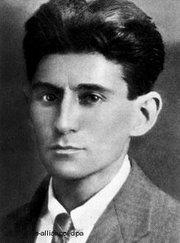 A hint of Kafka: Mungan's Chador is strongly reminiscent of the work of the great German-Czech author

Analogies like "their faces were as empty as the desert, as forbidding as a precipice, and formless as sand," sometimes seem a bit forced. Akhbar's description of what he felt during a dream in which his father appears to him - "Akhbar's joy was like the sudden scattering of a flock of white doves" - borders on kitsch.

The author's strength lies in his treatment of themes such as the wearing of the veil. As the novel progresses, Akhbar suffers more and more from the fact that "half of life" is forced to hide itself away. His criticism of the veil sometimes comes across as a passionate plea for the liberation of women who are oppressed by Islam. He considers the fact that women are only allowed out in "a material tent with a barred peephole" to be the perverse pinnacle of a general ban on images.

As stated in the text, however, the burqa - the "first step" towards the chador - also signifies imprisonment. As far as Akhbar is concerned, there can be no life for a women beneath the veil; she may not show herself and sees little through the small opening for her eyes; she disappears from life.

It is not easy to follow the thread in this short novel. Many things are only touched upon, interrupted; they remain as nebulous as a dream. It is all the more consistent, therefore, that Akhbar himself becomes invisible by slipping into a burqa at the end of his journey. The idea that "the longer one hesitates before the door, the stranger one becomes", as expressed in Kafka's "Return" is carried to extremes by Mungan.

Akhbar fails not only in his attempts to re-encounter his past, swathed and hidden in a burqa, he enters into complete isolation and becomes a stranger among strangers. The door to the world slams shut behind him.

Qantara.deMurathan MunganThe Muse of MardinMurathan Mungan is one of Turkey's most popular contemporary writers – not least because of his provocative and experimental style of narration and his habit of challenging social taboos. Nimet Seker presents a portrait of the authorInterview with Hasan Ali Toptaş"I Try to Expand Life, One Word at a Time"In 2006 Turkish novelist Hasan Ali Toptaş was chosen to receive the most respected literary award in Turkey, the Orhan Kemal Prize. Fatma Sagir spoke to him about his twin careers as novelist and as court bailiff Interview with Elif Shafak"In Turkey, a Novel Is a Public Statement"Elif Shafak's latest novel, "The Bastard of Istanbul", has been tremendously well received in Turkey. However, Shafak is now facing a trial for "denigrating Turkishness" – because of comments made by one of her characters in the novel. Interview by Lewis Gropp