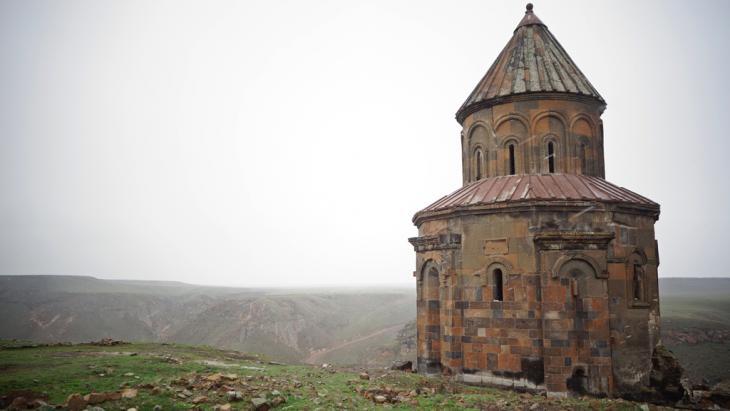 More and more voices are being raised in Turkey that challenge previous versions of the country's history. These alternative accounts, still largely ignored by official quarters, are breaching longstanding taboos and deconstructing the political narrative. By Ceyda Nurtsch

In today's Turkey, history is becoming increasingly popular – at least if the streaming service Netflix is anything to go by. The mystery drama series "Midnight at the Pera Palace" recently transported viewers back to the turbulent final years of the Ottoman Empire, while the much talked-about series "The Club" revived the Istanbul of the 1950s.

The fact that Turkish-Ottoman history can be lucratively marketed in glamorous screen productions had already been previously demonstrated by successful export series such as "Magnificent Century", which tells of life and love in the Ottoman Empire. Yet how that history is told is still, as ever, an ideological battleground in Turkey. 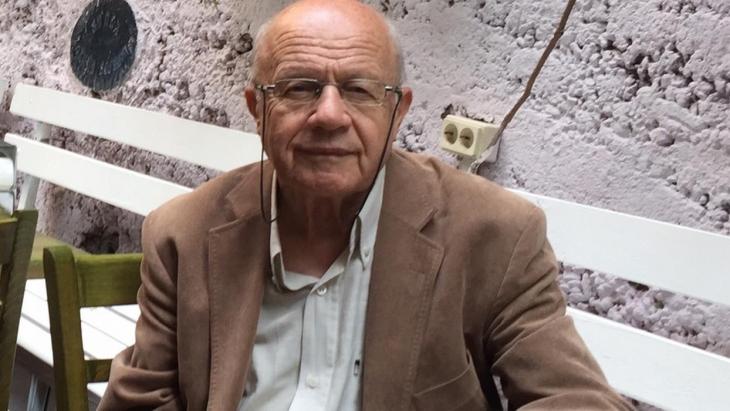 "It was not until the 1990s, when the old military and bureaucratic elites started to wane in power, that serious attempts were made to revise conventional historical accounts," writes Ceyda Nurtsch. "In 2013, Bosphorus University awarded sociologist İsmail Beşikçi (pictured here) for his work on the Kurdish issue, efforts for which he had previously served 17 years in prison"

Back when the Kemalist ruling elite founded the republic in 1923, they were well aware that a shared, strong history of the "Turks" was fundamental to the identity, pride and patriotism of their new nation. In order to break with the Ottoman past while at the same time legitimising a nationalist policy of assimilation or exclusion of minorities, the regime thus inaugurated its own nationalist historiography, one that remains largely uncontested to this day.

This chronicle centres around Ataturk's nationalist struggle for liberation, while taking the same rigorous stance as before on questions of Turkish-Armenian history, or on policies regarding minorities and the Kurds, often deliberately excluding these issues from the narrative.

Liberalisation makes inroads in the 2000s

The first cautious signs of a critical examination of official written histories and a confrontation with long-upheld political taboos appeared in the 1960s and increasingly came to the fore in the 1980s. But it was not until the 1990s, when the old military and bureaucratic elites started to wane in power, that serious attempts were made to revise conventional historical accounts. 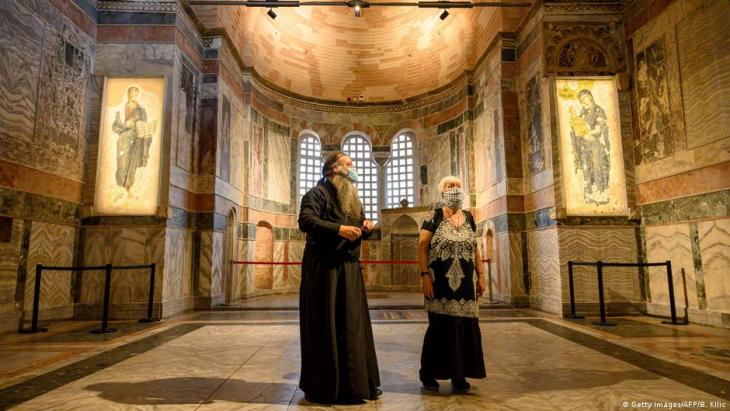 Istanbul's Chora Mosque, formerly the Church of the Holy Saviour, was a medieval Byzantine Greek Orthodox church (pictured here) famous for its frescos and mosaics. Built in the sixth century, it was turned into a mosque in 1511 and a museum in 1945. In 2020, Turkish President Recep Tayyip Erdogan ordered that it be turned into a Muslim place of worship. The decision to transform the museum into a mosque came just a month after a similar conversion of the UNESCO World-Heritage recognised Hagia Sofia

In 2013, Bosphorus University awarded sociologist İsmail Beşikçi for his work on the Kurdish issue, efforts for which he had previously served 17 years in prison. Books such as Anneanne by Bahriye Ceri and Baba ve Pic (The Bastard of Istanbul) by Elif Shafak were published, addressing for the first time one of the biggest taboos in state and official historiography: the systematic expulsion and extermination of Armenians in the early nineteenth century.

In 2005, the first conference on the plight of the Armenians at the end of the Ottoman Empire was held in Istanbul, albeit under difficult conditions. And the shocking murder of Armenian journalist Hrant Dink in 2007 in particular seemed, if tragically, to open the door to dialogue.

It was also during this period that groups omitted from the official chronicles began to reclaim their own histories. Publications included a book by Turkish-Jewish historian Rıfat N. Bali on historical events that were left out of the authoritative accounts, such as the Istanbul pogrom of 1955.

Another author, Robert Schild, born in Istanbul in 1950 to a Jewish-Austrian family, depicts aspects of Turkish-Jewish life in his columns and books. "With my books, such as the one on Ashkenazi humour, I primarily address the Muslim-Turkish population, most of whom have little or no knowledge of Judaism," he explains. He writes in his works about multi-ethnic and multi-denominational groups living side by side on Burgazadası, one of the Princes' Islands. 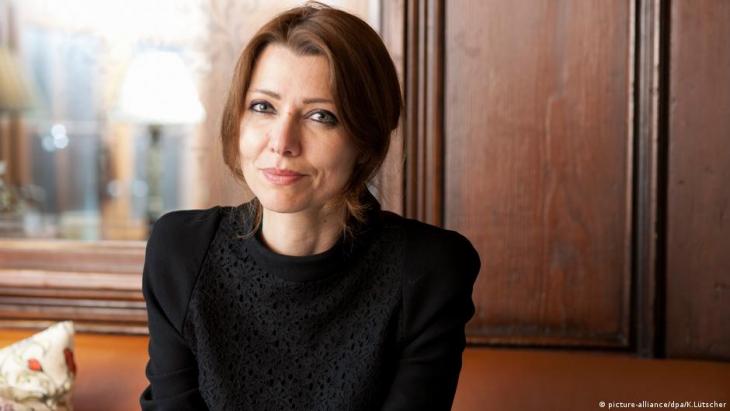 Confronting long-held taboos: "The Bastard of Istanbul" by Elif Shafak (pictured here) was published in 2006. According to Ceyda Nurtsch, this was "the first time one of the biggest taboos in state and official historiography: the systematic expulsion and extermination of Armenians in the early nineteenth century" was addressed. In 2006, she was charged with allegedly "insulting Turkishness" in the novel, but was subsequently acquitted

In the process, he outlines the main contours of Jewish history, as well as many chauvinistically motivated incidents in the early years of the republic – events that were scarcely mentioned or not included at all in local histories until about 20 years ago. "I highlight the problems faced by this minority as part of the Turkish population and propose modest approaches to solving them," Schild says, describing his work.

A resurgence of interest in history

Kenan Cruz Cilli is a researcher with Turkish-Portuguese roots who has founded an online platform called Turkey Heritage Watch. In exchanges with his followers, he shares pictures of and information about historical buildings and monuments. His aim is to raise awareness both at home and abroad of Turkey's immense cultural riches. "Cultural treasures are in general not adequately protected here. And the cultural heritage of minority groups is destroyed with particular frequency, either through ignorance or deliberate vandalism," says Cilli.

To this day, Sephardic Jews are still not regarded as equal citizens in Turkey, but are merely tolerated by the Muslim majority, he says, even though they were originally welcomed by their Turkish hosts when they came here from Spain in 1492. At the same time, archaeological finds such as the remains of a seventh-century synagogue in Side demonstrate just how deeply rooted Jews are in Anatolia.

Recent years have witnessed an increase in general interest in Turkish-Jewish history, Cilli observes. International projects for the protection of cultural heritage, for example in Izmir and Ankara, demonstrate this renewed interest in the past. 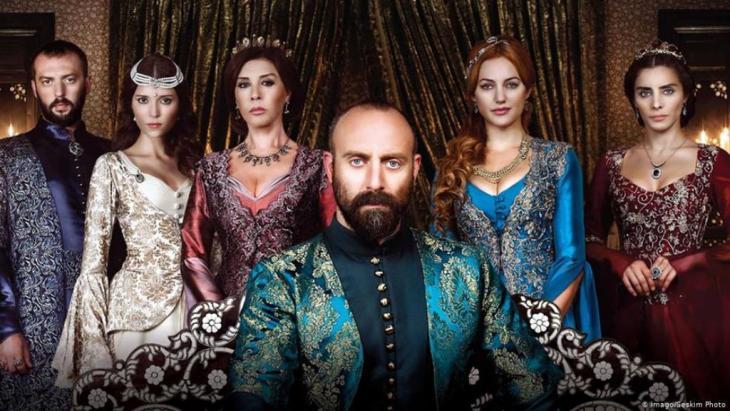 "The fact that Turkish-Ottoman history can be lucratively marketed in glamorous screen productions had already been previously demonstrated by successful export series such as "Magnificent Century", which tells of life and love in the Ottoman Empire. Yet how that history is told is still, as ever, an ideological battleground in Turkey," writes Ceyda Nurtsch

Researcher Rudi Sayat Pulatyan is an Armenian from Istanbul and co-founder of the oral history project Panavor. In conversations with Western Armenians scattered all over the world, he collects and archives intangible cultural heritage such as nursery rhymes, dances and wedding and funeral rites. He has furthermore collaborated with the Hrant Dink Foundation to develop the app KarDes, which offers Istanbul city tours with a focus on historical non-Muslim monuments.

"To this day, the historically unsubstantiated thesis is still circulating that Armenians were once the most loyal community, the millet-i sadika, but then allegedly stabbed the state in the back in the nineteenth century," Pulatyan says. This has led today to Armenians being afraid to utter their names in public, to speak Armenian, or wear a cross. "There is an indescribable feeling that anything could happen at any time," according to Pulatyan.

And yet he is also observing that a threshold has been crossed. "For one thing, it's easier to obtain information today, whereas before, the state was the only source. And more and more people, especially younger people, are showing an interest in their family stories, which are often interwoven with those of Armenians from Anatolia. Some end up finding out that they are the grandchildren of women who were raped in the period around 1915."

By collecting oral histories, Pulatyan aims to uncover the stories of groups that have yet to find a place in official historiography. "Because culture is on the wane and stories of the past are the only thing that keeps it alive."

The Ukraine war is changing the global geopolitical landscape. Ali Khamenei, Iran's most powerful man, is already cosying up to Russia in anticipation of a harsh post-war reality ... END_OF_DOCUMENT_TOKEN_TO_BE_REPLACED

Many Turks are dissatisfied with the international status of their country. At the same time, opinion polls reveal great scepticism among the Turkish population towards the USA. ... END_OF_DOCUMENT_TOKEN_TO_BE_REPLACED

From the Euphrates to the Mekong, dams that ensure one country's water supply risk leaving others parched. But shared water resources can be a source of peace as well as conflict ... END_OF_DOCUMENT_TOKEN_TO_BE_REPLACED

Turkey is turning towards the Turkic nations of Central Asia, intensifying its economic, diplomatic and military relationships with these countries. So what is driving Turkey’s ... END_OF_DOCUMENT_TOKEN_TO_BE_REPLACED

Turkish-Armenian rapprochement kicked off in Moscow in January, after a break of 13 years. This time, focusing on relatively easy fixes such as trade and transportation, both ... END_OF_DOCUMENT_TOKEN_TO_BE_REPLACED

Russia is seeking to shore up the government of Kazakhstan and is sending in the military. For President Putin, there is more at stake than simply his influence in a partner ... END_OF_DOCUMENT_TOKEN_TO_BE_REPLACED
Author:
Ceyda Nurtsch
Date:
Mail:
Send via mail

END_OF_DOCUMENT_TOKEN_TO_BE_REPLACED
Social media
and networks
Subscribe to our
newsletter