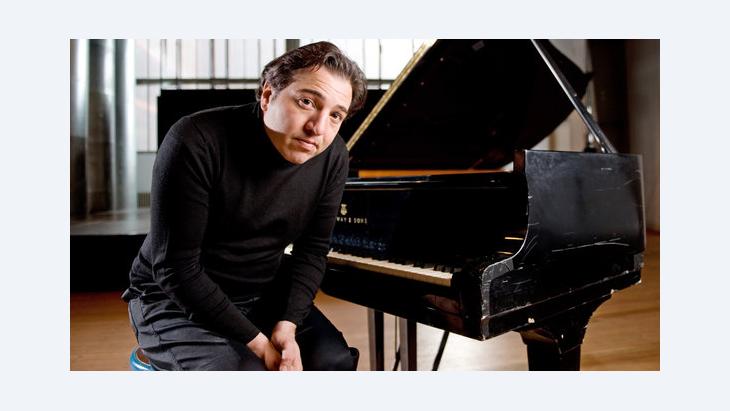 ﻿Pianist Fazil Say is an internationally acclaimed Turkish artist. He could face a sentence of 18 months in prison on charges of insulting Muslim religious values on Twitter. Critics call him a "traitor to the nation". Arne Lichtenberg reports

"Could paradise be a brothel?" is one of Fazil Say's Twitter posts that have incurred the wrath of Turkish authorities. Some of the tweets by the internationally acclaimed Turkish pianist weren't even his own words. Say quoted medieval Persian poet Omar Khayyam: "You say that there are rivers of wine. Does that mean it is a heavenly bar? You say two virgins will be given to every believer. Does that mean it is a heavenly brothel?"

Say's Twitter posts instantly provoked debate and Muslim Turks insulted him online. The 42-year-old, who has said he is an atheist, stayed calm and reacted with sarcasm: "The muezzin's call for evening prayer lasts only 22 seconds. Prestissimo con fuoco!! Why the haste? A mistress? The raki table?" 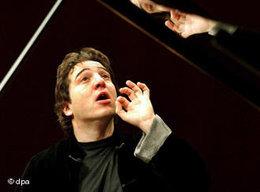 In an April 23 interview, Fazil Say announced he would emigrate to Japan, because of the growing cultural intolerance in Turkey

Say is not unknown to the Turkish authorities. He openly criticized the Turkish government on several occasions, and said he'd consider leaving his home country because of the politics by the government of Prime Minister Recep Tayyip Erdogan, whose party has strong roots in Islam.

In an April 23 interview with Turkish daily Hürriyet, Say announced he would emigrate to Japan, because of the growing cultural intolerance in Turkey.

"When I said I was an atheist everybody insulted me," said Say. The authorities "chased after everything I posted on Twitter." In the interview Say said he felt completely ostracized from Turkish society and that the criticism he was facing was a sign of a growing atmosphere of intolerance in Turkey.

Getting rid of an annoying critic?

Say was one of the 166 Twitter users to circulate the Khayyam quote but is the only one to face a trial for posing a risk to public order. But Turkish authorities have punished other artists.

Author and Nobel Prize winner Orhan Pamuk had to pay damages in 2006 after he openly criticized the genocide of Armenians. The same year saw author Elif Shafak standing trial for broaching the same topic in her book "The bastard of Istanbul." 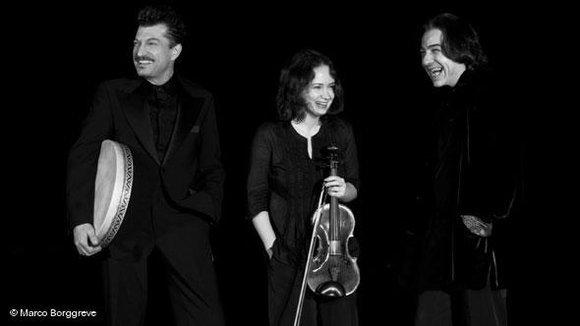 Fazil Say said he felt completely ostracized from Turkish society and that the criticism he was facing was a sign of a growing atmosphere of intolerance in Turkey. Pictured: Fazil Say (r) with violinist Patricia Kopatchinskaja and percussionist Burhan Öcal

​​Turkish author Nedim Gürsel was the latest case of a prominent artist who – like Say – got into trouble with the law in 2009, for allegedly criticizing Islam. The author of the novel "Allah's daughters" had to stand trial in Turkey on charges of blasphemy.

Say is a star pianist of international acclaim and has in the past performed with the philharmonic orchestras of Berlin, New York, Tokyo and Israel, as well as with the French national orchestra. In 1994, he won the first prize at the European Young Concert Artists International Auditions. That was his break-through.

According to Say's lawyer, Meltem Akyol, insulting religious values can be punished with prison sentences in Turkey. Akyol has denied all charges made against her client. Turkish news agency Dogan reported on June 4 that Say declared he never intended to offend anyone and that freedom of opinion was a universal right.

The trial against Say is to start on October 18. If found guilty, he faces up to 18 months in jail. Fans and friends have launched a campaign to support the musician. By June 8, the campaign had more than 5,000 members. Say has said he believes that if he is sentenced to prison, his career is finished.

Turkey's parliamentary and presidential elections are scheduled for June 2023. But they are already casting a shadow. While the opposition is calling for early elections, ... END_OF_DOCUMENT_TOKEN_TO_BE_REPLACED

By stage-managing his re-election in a poll widely dismissed as a farce, Syria's President Bashar al-Assad has killed two birds with one stone: he has forced his compatriots to ... END_OF_DOCUMENT_TOKEN_TO_BE_REPLACED

Recep Tayyip Erdogan, disappointed by the European Union’s reluctance to integrate Turkey into its ranks, has re-directed his country’s diplomacy toward the Maghreb and Africa to ... END_OF_DOCUMENT_TOKEN_TO_BE_REPLACED

Having taken control of the traditional media, Turkish President Erdogan is now extending his reach to the social networks. A new law has been passed to rein in major digital ... END_OF_DOCUMENT_TOKEN_TO_BE_REPLACED

Although a unity government was formed in Libya in March 2021, tensions and possible crises between the political actors are already emerging. What problems does the country face ... END_OF_DOCUMENT_TOKEN_TO_BE_REPLACED

In Islamic mysticism, Ramadan is more than just a period of prescribed abstinence, signifying an opportunity for inner contemplation. Marian Brehmer explores the spiritual ... END_OF_DOCUMENT_TOKEN_TO_BE_REPLACED

Comments for this article: Facing Trial for Joking on Twitter

Authoritarian intolerance can take a non-religious wholly personal course even. This is happening in India, in West Bengal. The chief minister there Mamata Banerjee has got arrested and charged with a criminal case a Professor for drawing a satirical cartoon about her!

END_OF_DOCUMENT_TOKEN_TO_BE_REPLACED
Social media
and networks
Subscribe to our
newsletter