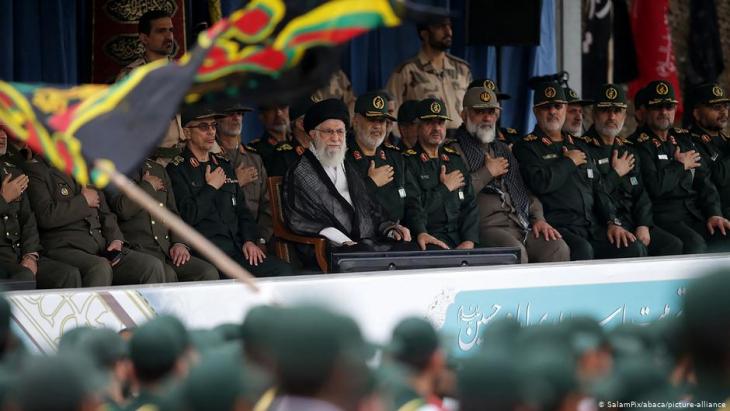 The Islamic Republic of Iran has been subject to sanctions ever since its creation in 1979. The more the regime has entrenched itself and expanded its power in the region, the more sophisticated the sanctions have become, effectively crippling the country. Will they ever end? Ali Sadrzadeh traces their history

"My poverty is my pride, and it elevates me above all the prophets before me." This well-known quote by the Prophet Muhammad is often heard these days in Iran. Should one, like the prophet, be proud of being poor? When people are in need, does it really bring them closer to their Creator? And how is one to behave in times of scarcity and shortage?

Scholars in the Islamic Republic have been forced to confront questions like these more than ever lately. Because in times of sanctions and the coronavirus pandemic, the pressure exerted by practical circumstances is crushing. Everyone is talking and complaining about poverty, rising prices and shortages – realities that can no longer be ignored. Even the news website Fars, which is closely allied with the Revolutionary Guards, is compelled to address the issue on a daily basis.

But the cardinal question remains: when did Iran embark on this hopeless path, and why? Who caused this undeniable age of misery? Was it the suffocating U.S. sanctions, or was it the country's own government mismanagement, coupled with rampant corruption? Which president is responsible for all the burdens and suffering that are driving people to despair? Donald Trump or Hassan Rouhani? And how is the country to escape from this impasse? Everyone has their own answer and no one has a solution.

These days, parliamentarians, preachers and propagandists in Iran cannot avoid addressing on radio and television the economic plight that has gripped the country. Each of them has their own explanation for how Iran got into this predicament. And yet they dare not get too close to voicing the real reasons for the foreign sanctions, or the foundations of the entire system will begin to shake.

To answer the question of why sanctions were imposed, one word suffices: enmity. The USA has been an enemy of the Islamic Republic from the beginning, it is still an enemy today and it will always remain an enemy, refusing as it does to accept the rule of revolutionary Islam. That is the solution to the riddle, the whole story behind sanctions that have persisted for over 40 years.
The narrative is not entirely false. Nevertheless, political Islam alone cannot explain this old antagonism. Otherwise, how would it be possible to understand the close relations the USA maintains with Stone-Age Islamists in Saudi Arabia, with the Afghan Taliban and with dictators who put on an Islamic face? The reasons for U.S. hostility towards Iran must hence be sought not in Islam, but in the events of the past forty years. These events are what have shaped relations between Tehran and Washington.
Sanctions as a permanent state of affairs
Sanctions accompanied the birth of the Islamic Republic like labour pains. Yet the more this child has grown, the stronger and more painful they have become. After all the Islamic Republic will soon be 42 years old.

Much has changed in the European post-fascist firmament since former SS officers, veterans of the collaborationist Vichy government and other dubious figures established the ... END_OF_DOCUMENT_TOKEN_TO_BE_REPLACED

One year ago the Taliban returned to power, seizing Kabul; the U.S. and its allies made a panicked exit from the country. Of all the books written on the subject, four stand out ... END_OF_DOCUMENT_TOKEN_TO_BE_REPLACED

In "Iran. Die Freiheit ist weiblich", journalist Golineh Atai describes the dogged resistance of courageous Iranian women against the Islamic Republic and the mullahs who have ... END_OF_DOCUMENT_TOKEN_TO_BE_REPLACED

Unflattering terms were used at a German Football Association human rights congress aimed at "intensifying the discussion" ahead of the World Cup. One speaker in particular made ... END_OF_DOCUMENT_TOKEN_TO_BE_REPLACED

Egyptian authorities have Mada Masr in their sights once again after critical reporting. But the editor of the country's last independent news source is adamant they will continue ... END_OF_DOCUMENT_TOKEN_TO_BE_REPLACED
Author:
Ali Sadrzadeh
Date:
Mail:
Send via mail

END_OF_DOCUMENT_TOKEN_TO_BE_REPLACED
Social media
and networks
Subscribe to our
newsletter