Since Germany's integration debate began focusing on religion, Christian-Islamic dialogue has been all the rage. The country's politicians have well and truly discovered inter-faith discussion. But inter-faith dialogue cannot achieve what politics has failed to deliver. By Claudia Mende

​​ It seems as if inter-faith dialogue between Christians and Muslims is expected to put right what politics has failed to achieve in terms of integration. Dialogue is being invoked like a mantra, in the hope of obscuring the general state of perplexity in Germany. In a situation of growing right-wing populist tendencies and increasing resentments against Muslims far into the middle class, politicians are clutching at every straw.

Or is inter-faith dialogue in fact a programme to make Muslims more governable, as Jamal Malik, an Islam Studies professor at the University of Erfurt, criticised? Malik sees a risk that the dialogue is being "mingled with disciplining and security interests".

Heiner Bielefeldt in contrast, a professor of human rights at the University of Nuremberg-Erlangen, considers dialogue between Christians and Muslims essential in this situation: "We need dialogue as a counterpoint to growing anti-Islamic mistrust," he said.

The debate over the former politician Thilo Sarrazin's provocative anti-Muslim theses, said Bielefeldt, have revealed a "mental abyss". "Surveys show that there are a great deal of reservations towards Muslims, not just scepticism and discomfort but also major resentments and sometimes even racism. It's important that there are forces holding out against that tide."

Inter-faith dialogue takes place on various levels. The Coordinating Council for Christian-Islamic Dialogue numbers some 170 initiatives across Germany, many of which work on a voluntary basis. There are inter-personal, spiritual and theological programmes. Joint involvement in social projects, however, is less common. 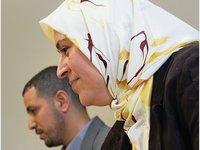 Dialogue in demand: "Where there are programmes on offer, they are accepted," says Thomas Lemmen from the Christian-Islamic Society in Cologne

​​ The Stuttgart-Echterdingen Christian-Islamic Circle, for instance, aims to create more inter-personal contacts, whereas the Theological Forum Christianity-Islam engages in intellectual debates. The Bridge (Die Brücke/Köprü) in Nuremberg focuses on spiritual exchange, inviting Christians and Muslims to pray and celebrate festivals together.

A Cologne-based project run by the Christian-Islamic Society (CIG) aims for greater participation in society and public visibility for Islam. In conjunction with Islamic associations and Christian churches, CIG offers a training course for Islamic emergency companions. Their task is to offer support for relatives in extreme situations after sudden deaths or severe accidents in the family.

Previously, this training programme only existed for Christian pastors. Demand for the first qualification course was far higher than expected, with around a hundred applications for the forty course places. The project shows, "where there are programmes on offer, they are accepted," says Thomas Lemmen from the Christian-Islamic Society in Cologne. "The integration debate hasn't focused on this aspect."

The common accusation of naivety and rose-coloured spectacles in dialogue is now outdated. Controversial issues, for example Islam's position on violence, can be discussed at least at grass-roots level without the partners pulling out of the dialogue. 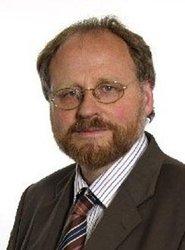 To retain their credibility, the dialogue partners must not allow the catchwords of the integration debate to set their agenda, warns Heiner Bielefeldt

​​ Yet things do become difficult when church governing bodies and Islamic associations such as the Central Council of Muslims get involved. A certain asymmetry can also be observed, with Muslims tending to be more defensive and make fewer determinedly critical enquiries to their Christian partners. This is no doubt a result of their position as a minority.

To retain their credibility, the dialogue partners must not allow the catchwords of the integration debate to set their agenda. They should not "fall for the mingling of integration and religion," warns Heiner Bielefeldt.

Many questions remain open. Who should be involved in the dialogue, considering the many different Islamic schools of thought and associations? How can the many separate projects be linked? As yet, there is no joint target or common direction.

Mutual understanding has its limits; frustration and misunderstandings also arise from these encounters. But this failure to understand one another is at least specific. Although it can be painful, abstract lack of understanding is a much more dangerous phenomenon. The result, says Bielefeldt, is "an empty space for projections of all kind" – just a step away from prejudice and hate figures.

Inter-faith dialogue cannot achieve what politics has failed to deliver. It must reject such false expectations in no uncertain terms if it is to remain credible. But otherwise, the dialogue partners must keep on keeping on – whatever else?

Debate on Islam in Germany
Anxiety Sparked by Ignorance
Headscarf discussions, battles about newly built mosques and the Islam-critical best-seller by Thilo Sarrazin. At the same time that German Federal President Christian Wulff is declaring that Islam is part of Germany. But he has by no means been able to persuade the Germans to agree with him. The debate on Islam is arousing more controversy than ever. A report by Kersten Knipp