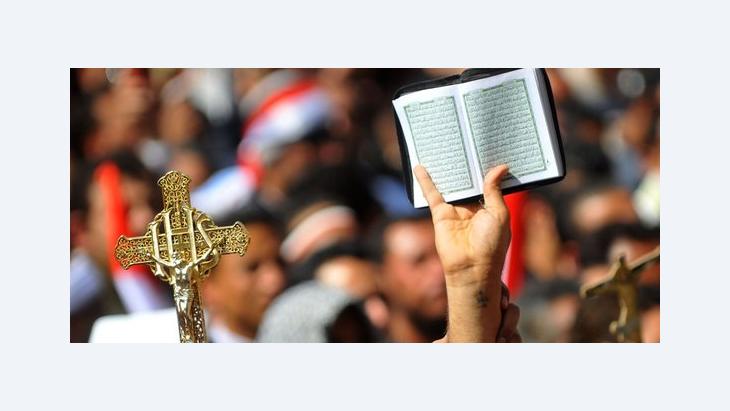 Christian Minorities in the Islamic World
No Arab Spring for Christians

﻿Christianity first emerged in the Orient. But today, Christians living in the Islamic world are marginalised and threatened with persecution. A problematic issue addressed at a conference organised by the Friedrich Ebert Foundation in Berlin, Germany. Report by Bettina Marx

Christians in the Islamic world – at best tolerated, more often than not discriminated against and in the worst cases even persecuted. In Arab nations above all their numbers are shrinking at a worrying rate.

Iraq, for example: Before the US invasion in 2003, Iraq was home to 1.5 million Christians. Now their population is estimated at 400,000.

The dominance of Hezbollah

In Lebanon too, where a century ago Christians still represented the majority, they are now in the minority due to emigration and the high Muslim birth rate. Only between 30 and 35 percent of the population are Christians. 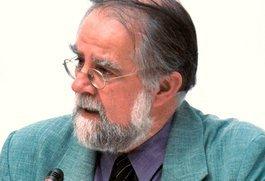 ​​In the view of historian Abdel Raouf Sinno from Beirut, this is first and foremost due to the economic and political situation since the end of the civil war. Addressing a conference held by the Friedrich Ebert Foundation in Berlin, Germany, Sinno said that the Taif Agreement that ended the civil war in year 1989 withdrew many privileges from the Christians.

The emergence of Hezbollah, the movement that has dominated political life in Lebanon since 2006, triggered fears among Christians in Lebanon of a burgeoning Shiite fundamentalism, said Sinno.

"Many Christians and also Sunnis feel threatened by the extreme ideology of Hezbollah," he continued. The "Party of God" perceives the Ayatollah Ali Khamenei, the Supreme Leader of the Islamic Republic, as the religious and political leader of the Islamic world.

Sinno went on to say that it is not only Lebanon's Shiite majority population that represents a danger. He explained that the Christian community is also unsettled by an escalation of violence triggered by the uprising in neighbouring Syria. "Following the prolongation of the Syrian revolution Christians fear that Lebanon will be transformed into an Islamic state. They fear a coalition between Syrian and Lebanese Sunnis, which would mean a further marginalization of Christian presence," he said.

Meanwhile, emigration is an increasing consideration for many Christians, not just in Lebanon, but also in the Arab Spring states. Against a backdrop of growing Islamisation, they no longer see a future for themselves in the nations where they, based on their own understanding, represent what could be described as the original inhabitants. 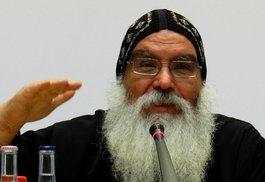 Hopes for tolerance in his homeland: Bishop Anba Damian, head of the Coptic Church in Germany

​​The General Bishop of the Christian Copts in Germany, Anba Damian, told the conference that hopes for a pluralist society with far-reaching civil liberties that accompanied the demonstrations a year ago have in the meantime faded away. The Coptic Church is the largest Christian community in Egypt. If they were previously only tolerated at best, attacks on members of this faith group have increased since the revolution.

"During the Mubarak era we were not afforded any protection by the law," Damian recalled. "Presidential goodwill granted us a portion of our rights. But today, we no longer have a partner for dialogue and there is no goodwill." On the contrary, many Copts now feel defenceless in their home nation.

Coptic girls and women who don't cover their heads find themselves increasingly subjected to harassment. Churches have been set on fire and Christians threatened. Bishop Damian expressed hopes that the tolerance he experiences in Germany will also find adherents in Islamic nations. For example, the Salafists were not prevented from distributing copies of the Koran to passers-by in German cities. A freedom that Christians in the Arab world can only dream of, he said.

Professor Martin Tamcke from the University of Göttingen said he observed the development of Christian communities in Islamic countries with regret and concern. His specialist focus area is the religions of the Orient.

"This was once the centre of the Christian world," he said. A world where the fundamental doctrine of Christianity that shaped European culture was defined, he continued. But in the meantime, many communities are facing their demise. While there may have been Christian presidents or prime ministers aplenty in the MENA region in the second half of the 20th century, before long this could be an unimaginable prospect, said Professor Tamcke.

Any reconciliation between Turkey and Syria’s Assad regime would have disastrous consequences for many Syrians, explains Syria expert Kristin Helberg END_OF_DOCUMENT_TOKEN_TO_BE_REPLACED

There are signs of an imminent normalisation of relations between Turkey and Syria. This would allow Erdogan to score political points domestically before the upcoming elections ... END_OF_DOCUMENT_TOKEN_TO_BE_REPLACED

As Syrian camps housing families of Islamic State fighters get more dangerous, there are calls to bring children out, even if the mothers don't want to go. The idea of separating ... END_OF_DOCUMENT_TOKEN_TO_BE_REPLACED

Where are the measures to deal with the looming challenges facing the Arab world? In this commentary, Marwan Muasher warns that the region is in grave danger of falling behind ... END_OF_DOCUMENT_TOKEN_TO_BE_REPLACED

At the end of every year, the team at Qantara.de gives you a run-down of the ten most-read articles on the site over the past 12 months. Here is a quick overview of the stories ... END_OF_DOCUMENT_TOKEN_TO_BE_REPLACED

Social engagement is often motivated by religious factors. A new book explores the background to these community efforts and appraises how effective they are in helping to ... END_OF_DOCUMENT_TOKEN_TO_BE_REPLACED

Comments for this article: No Arab Spring for Christians

Christians shall rise again in the Islamic World...

Moslims around the world should learn a lesson how to live with other community of different religion. there is no salvation of soul in Islamic doctrine. Qur'an was written by unlearned self proclaimed prophets copying the holy bible with significant alteration of the truth. Muslims are like a sheep without a shepherd they have leaders, wolves in sheep's clothing. they rob your freedom, right of expression, compiling to adhere Islam by force is a crime and violation of our freedom of choice.

Arabizing the whole middle east by using Qur'an is not a healthy move it only kills our culture and national identity like the Kurdistan, they don't have a nation. We are not racist though Christ was a Jew we believe in him, because God is the God of all human Being both Jews and the Gentile world.

END_OF_DOCUMENT_TOKEN_TO_BE_REPLACED
Social media
and networks
Subscribe to our
newsletter