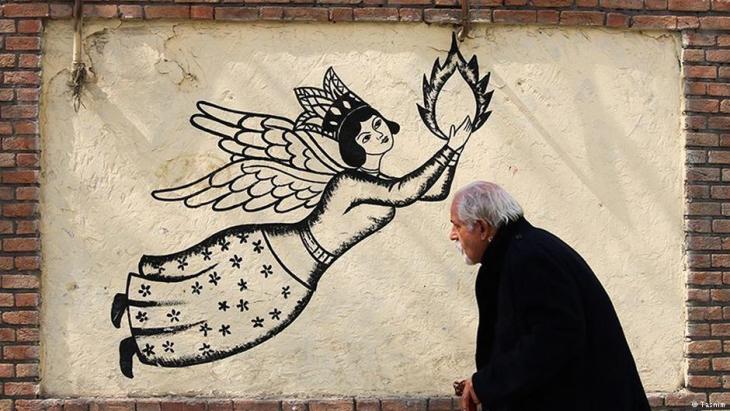 "Iran, Ordibehescht 1396" is the title of a new book about Iran. According to the publisher, the "travelogue" by Christian Welzbacher is "a call for dialogue with the supposed enemy". For reviewer Fahimeh Farsaie, it feels more like a catalogue of tired cliches about the Middle East

A lot of books and pieces of travel writing about Iran have been published in Germany over the last decade. Most are publications that try to convey a reflective image of the "land of mullahs and the nuclear programme", a long way from official Iranian government policy. This requires thorough preparation and adequate research, so that the authorʹs subjective assessments can be backed up with facts and figures. In short, a plan for the trip and the book.

But recently a Berlin publisher has brought out a travel book about Iran whose author didnʹt originally mean to write it – or to make any notes during his three-week stay in the country: "Iran, Ordibehescht 1396", by the art historian Christian Welzbacher. The title, which is a reference to the Iranian solar calendar, simply means: "Iran, April-May 2017".

"Initially I had no intention of writing anything down. I didnʹt mean to see my observations as ʹmaterialʹ," the author explains (p.167). But after a few days in Iran, Welzbacher changed his mind, recording and interpreting all his thoughts and experiences in Tehran, Isfahan and Tabriz, "page after page, like a real diarist". "Iran, Ordibehescht 1396" is the result of this unplanned – although not unbiased – thematically unconnected record of his trip.

The reason for the trip

The reason for Christian Welzbacherʹs journey to Iran in April 2017 is something we only learn on pages 32 and 115. Here, he tells us he had two obligations to fulfil. The first was to make contact with the Diba architectsʹ office. The office, the author writes, also operates a cultural event agency called Saba, which is interested in international exchange. Welzbacher wanted to meet the head of the practice, the Iranian star architect Leila Araghian, to negotiate bringing an exhibition on contemporary mosque design curated in 2012 for IFA – the German Institute for Foreign Cultural Relations – to Tehran. Since there is no reference to Saba to be found on Dibaʹs current website, it remains unclear who commissioned him with this task. 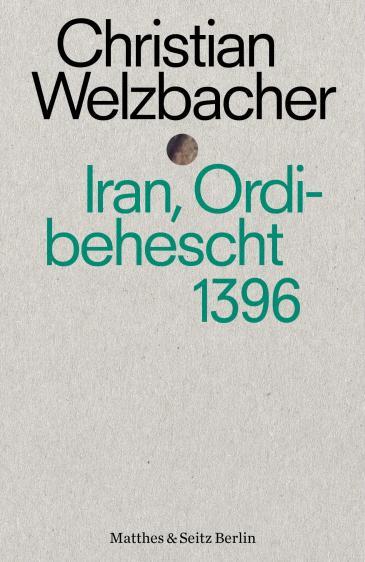 What is the sense and purpose of this business travelogue? "Iran, Ordibehescht 1396"proves to be a collection of bleak scenes, half-baked comments and observations free from any kind of sensitivity and reflection. It is a travelogue which has been written without any immediate use for the authorʹs notes, set down for the moment, and with a "recurring and sometimes implacable anger," writes Fahimeh Farsaie

The second task for which he was issued a work visa by the Iranian embassy in Germany was also related to "mosque design in Europe": Welzbacher was scheduled to give a lecture on the topic at the Islamic University of Tabriz. There is no explanation of how this came about, either. Despite a visa having been issued for the purpose, things do not go smoothly: two hours before the lecture is due to begin, a functionary from the Education Ministry tries to have Welzbacherʹs appearance cancelled. But he doesnʹt succeed, and Welzbacher is able to speak at the seminar and fulfil his obligation.

When the author is not busy with the above-mentioned "business", he visits museums, mosques and kebab shops, happily eats at his Iranian companionsʹ expense, and is continually annoyed by exhaust fumes, the cacophony of car horns, the stink in the air, "which always stays in your nose like the fine, stale dust from the lime whitewashed walls" (p.46); the harsh sun that bleaches all colours; objects in the capitalʹs sculpture park made of polished steel, "which in summer become as hot as fiery furnaces" (p.46); ugly houses made of glass and concrete, imports from "another world"; the bazaar, which isnʹt exotic enough and in "many respects [is] a modern retail centre, the structures and processes of which are as similar all over the world as the interests behind them” (p.25).

The author also finds peopleʹs attitude to the policies of Iranʹs former president Mahmoud Ahmadinejad "frightening": he cannot comprehend the fact that they hold him responsible for the countryʹs current economic misery. "I hear this talk quite often, not just in the capital, but everywhere my trip takes me. It strikes me that the tirades against Ahmadinejad are always angled in such a way as to apparently increase his successorʹs moral integrity" (p.52).

Her grandparents are Jews – born in Tunisia and Algeria. Director Cleo Cohen has now broken the silence about this with a very personal debut. By Nadine Wojcik END_OF_DOCUMENT_TOKEN_TO_BE_REPLACED

Life imprisonment for crimes against humanity: that was the sentence handed down to Anwar Raslan in the world's first trial of a member of the Syrian torture system. Matthias von ... END_OF_DOCUMENT_TOKEN_TO_BE_REPLACED

Every year in December, the team at Qantara.de takes a look back at the articles that proved most popular with our readers. This year is no different. Here is a run-down of the ... END_OF_DOCUMENT_TOKEN_TO_BE_REPLACED

With his new album, "A Voice Keeps Calling Me", the Persian santur player Kioomars Musayyebi is building bridges from Iran across the Arab world to European early music. By Stefan ... END_OF_DOCUMENT_TOKEN_TO_BE_REPLACED

Former lawyer Said Haider has invented a chatbot for those seeking advice on anti-discrimination issues – Meta is the first chatbot of its kind in the world. In conversation with ... END_OF_DOCUMENT_TOKEN_TO_BE_REPLACED

Benjamin Idriz, imam of the mosque in Penzberg near Munich, is one of the most prominent representatives of Islam in Germany. He sees his role as building bridges to mainstream ... END_OF_DOCUMENT_TOKEN_TO_BE_REPLACED
Author:
Fahimeh Farsaie
Date:
Mail:
Send via mail

END_OF_DOCUMENT_TOKEN_TO_BE_REPLACED
Social media
and networks
Subscribe to our
newsletter