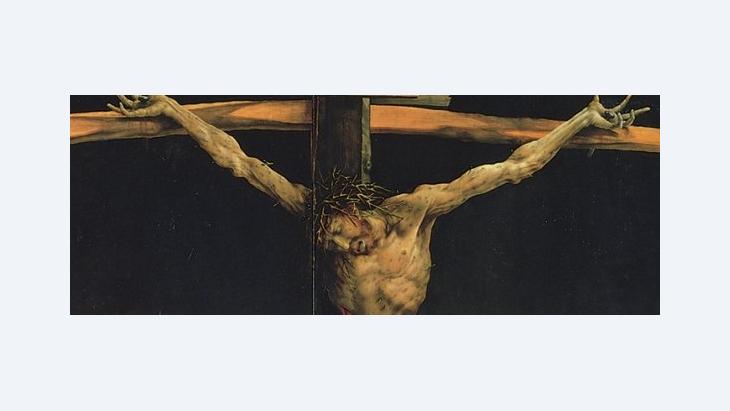 Christianity and Critique of Islam

Listen to the Saviour

﻿An alliance with critics of Islam would discredit the Churches, and the state's religious neutrality guarantees that ﻿adherents of all faiths can freely pratice their religion. A comment by the Protestant pastor Jochen Teuffel

Christianity in Europe is facing an existential problem – but not the increasing secularisation of society or its alleged Islamification. The threat to Christianity's existence lies instead in the fact that people do not really believe in Christ, his message or his works. Unlike Doubting Thomas, however, people are unwilling to touch Jesus' wounds and find faith in the crucified and resurrected Christ.

The provocation of the Christian faith lies in Jesus' last word on the cross: "Tetelestai!" – it is finished. There is nothing we mortals can add to Christ's surrender of his life for our sake. All Christians have to do is celebrate Jesus' miracle in church services, to testify to the name of God as a form of mission, and to serve our fellow men and women. In all other cases we must exercise tolerance, which means merely bearing that to which we are averse, because we can neither avert nor ignore it, least of all accept it for ourselves.

The minority path of the Christians

The crucifixion is a palpable manifestation of this impassioned tolerance – quite literally. Jesus impressed upon his disciples the need to follow him to martyrdom with the words: "Whosoever will come after me, let him deny himself, and take up his cross, and follow me. For whosoever will save his life shall lose it; but whosoever shall lose his life for my sake and the gospel's, the same shall save it" (Mark 8:34f).

"In the long term, the critique of religion applied to Islam in Germany will affect the Churches too. Thus, the current debate on Islam can only encourage a development towards a secular state, which would be tantamount to edging the churches out of the public sphere." Good Friday procession in Lübeck, Germany

​​The bible sets out a minority path for Christians, a path on which they will have to tolerate slander, persecution, and even violence to their persons due to their own bonds to Christ: "Yea, and all that will live godly in Christ Jesus shall suffer persecution" (2 Timothy 3:12).

With good reason, Martin Luther refers in his treatise On Councils and the Church (1539) to persecution as one of the seven marks of Christianity: "The holy Christian people are externally recognised by the holy possession of the sacred cross. They must endure every misfortune and persecution, all kinds of trials and evil from the devil, the world, and the flesh, by inward sadness, timidity, fear, outward poverty, contempt, illness, and weakness, in order to become like their head, Christ."

Even in their own society, according to Luther, Christians must suffer a hate more bitter than that which afflicts the Jews, heathens and Turks. They must "be called the worst people in the world, to the point where they are 'doing God service' who hang them, drown them, slay them, torture them, hunt them down, plague them to death; not because they are adulterers, murders, thieves or scoundrels, but because they will to have Christ alone and no other God."

Indeed, the "preaching of the cross" (1 Corinthians 1:18) is a hardly bearable imposition upon Christians. It cannot be used as a basis for erecting a state within our own society. But that is precisely what Jesus rejected for himself and his disciples when interrogated by the governor Pontius Pilate: "My kingdom is not of this world: if my kingdom were of this world, then would my servants fight" (John 18:36). The symbol of Emmanuel – "God with us" (see Matthew 1:22f) – has no place on military belt buckles. The cruciform dialectic of divine rule in worldly powerlessness is immune to all forms of state interest. It is precisely herein, however, that Christians find the legitimacy of the secular state. 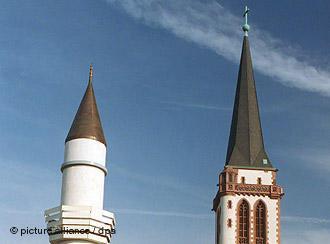 Coexistance under threat: "In cases where a Western, Christian reservation towards the Islamic faith and Muslims are brought into play, this is the surest way to discredit the Gospel and the crucifixion," writes Teuffel

​​Participants in the debate about German society's recognition of Islam frequently make reference to a "guiding Christian culture". In cases where this is intended to bring into play a Western, Christian reservation towards the Islamic faith and Muslims, this is the surest way to discredit the Gospel and the crucifixion. Cruciform tolerance is replaced here by a claim to religious power over people, applied by political means beyond the bounds of personal faith.

For socially conservative Christians, the result may be short-term alliances with critics of Islam who are distanced from the Church or even with atheist Islam critics. In the long term, however, propagating a community of heirs to a Western, Christian culture can be understood as nothing but a "post-secular" attempt to re-establish a partial bond to church traditions by means of social policy.

When a claim to inclusion in society as a whole is newly made in the name of Christian values, it inevitably awakens the collective memory of the pre-Enlightenment corpus Christianum. The pathos of bourgeois freedom and self-determination is summoned up as a cri de guerre against the imagined restoration of religiously motivated social discipline. In the long term, the critique of religion applied to Islam in Germany will affect the Churches too. Thus, the current debate on Islam can only encourage a development towards a secular state, which would be tantamount to edging the churches out of the public sphere.

Against cultural and religious conservatism

Furthermore, a Western cultural reservation makes Christian missionary work among Muslims in Europe practically impossible. Those who demand assimilation of religious faith – and not loyalty to the law, for instance – as a prerequisite for integration in society, cannot simultaneously attest to Christ's surrender of his life as an act of redemption. Only from a tolerant minority position, which raises no other claim to inclusion in society beyond personal conversion, does our own Christian testimony remain credible. Thus, the state's religious neutrality and freedom of religion in fact guarantee that we can bring Christ's message into play without force in our society. 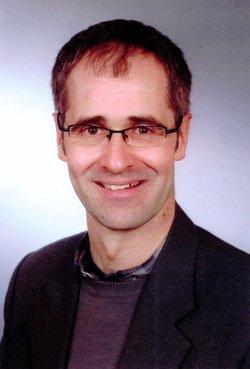 Jochen Teuffel: "A religious conservatism that relies on maintaining culture, however, is an unholy matter"

​​Official Christianity still has difficulties with a minority position. Religious pluralisation and increasing distance from the Church do, after all, damage its own allegedly hereditary status in society. It would seem logical in this situation to defend claims to religious importance on a cultural basis. A religious conservatism that relies on maintaining culture, however, is an unholy matter. The only thing that enables hope and optimism for Christians is looking back at the crucifix.

Jesus' words on the cross, "It is finished!" place our current society under an eschatological reservation. There may be an increasing religious pluralisation, the church milieus may be further dissolving, fewer and fewer people appear to believe in God; and yet all this does not affect the theandric act of redemption on the cross in the slightest.

Christians have nothing to lose that we have not long since won in Christ. According to biblical testimony, what was finished on the cross – the victory over sin and death – will be applied to all at the end of universal time in Christ's second coming. For those who believe this promise, their own tolerance is not a resignatory acceptance of a pluralist community of fate. Through their faith in this "It is finished!", Christians in fact evade a bourgeois identity trap, in which fear of life or death is articulated in prophecies of society's downfall. Instead, Saint Paul's testimony has the last word:

"For I am persuaded, that neither death, nor life, nor angels, nor principalities, nor powers, nor things present, nor things to come, nor height, nor depth, nor any other creature, shall be able to separate us from the love of God, which is in Christ Jesus our Lord" (Romans 8:38f).

Jochen Teuffel is a Protestant pastor in Vöhringen/Iller. In 2009 he published the book "Mission als Namenszeugnis – Eine Ideologiekritik in Sachen Religion" ("Mission as Testimony of the Name - A Critique of Religious Ideology").

Home
Print
Newsletter
More on this topic
Religion and Politics: "We Should Not Baptise the Basic Law"Islam Debate: "The Jewish-Christian Tradition Is an Invention"
Related Topics
Dialogue of Religions, Islam and the West, Koran | Quran, Reform Islam, Sharia
All Topics

The recent escalation of violence in Idlib is also a result of the increasing tensions between Turkey and Russia. The victims are those in Idlib, caught up in a hopeless situation ... END_OF_DOCUMENT_TOKEN_TO_BE_REPLACED

The 2015 Joint Comprehensive Plan of Action with Iran is in jeopardy. European governments should use the JCPOA’s dispute-resolution mechanism both to pursue immediate measures to ... END_OF_DOCUMENT_TOKEN_TO_BE_REPLACED

Many predominantly Muslim countries have penal laws against "blasphemy", "defamation of religion" and "apostasy". In practice they serve as highly effective weapons to settle ... END_OF_DOCUMENT_TOKEN_TO_BE_REPLACED

These days you might be forgiven for wondering whether international relations would be better served by artists than politicians. Iranian Kayhan Kalhor, a bridge builder from the ... END_OF_DOCUMENT_TOKEN_TO_BE_REPLACED

As we digest the details of Donald Trump's Vision for Peace, we need to ask ourselves just one question: does this draft guarantee an Israeli and a Palestinian baby born today ... END_OF_DOCUMENT_TOKEN_TO_BE_REPLACED

As expected the Trump administration released its Israeli-Palestinian peace blueprint on Tuesday, a plan that ignores the Palestinians at the expense of lasting peace. Middle East ... END_OF_DOCUMENT_TOKEN_TO_BE_REPLACED
Author:
Jochen Teuffel
Date:
Mail:
Send via mail

END_OF_DOCUMENT_TOKEN_TO_BE_REPLACED
Social media
and networks
Subscribe to our
newsletter