In another related example highlighted by the French philosopher Rene Girard, societies will single out a scapegoat and make an example out of him. This with the aim of safeguarding or restoring peace within the majority group.

The stumbling block to any dialogue

Aiming to strengthen one's own identity by denigrating others or through the punitive ostracism of a scapegoat – this is something both archaic and highly-developed societies still have in common. It is the stumbling block to any dialogue and an irony of history that established religions today are working against the divisive narratives they were significantly involved in constructing in the past.

When the Pope holds interfaith dialogue with the most senior representatives of other religions, hardliners on both sides sense it as a betrayal of their own world view, of their own political religion. 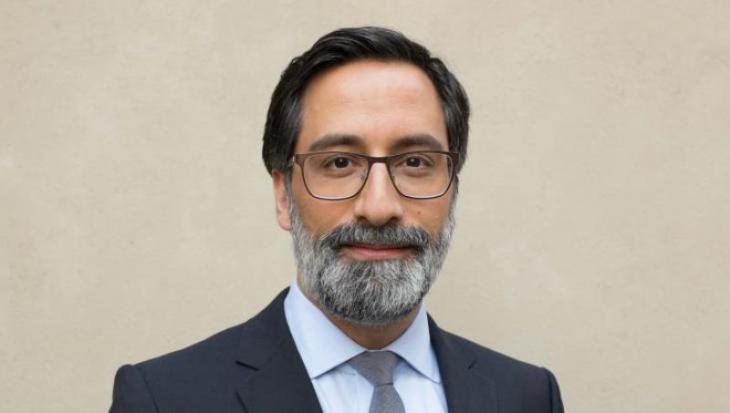 Alexander Goerlach is an ′in defence of democracy′ affiliate professor of the F.D. Roosevelt Foundation at Harvard. The theologian and linguist is also a fellow of Cambridge University′s Centre for Humanities (CRASSH) in the UK and a senior fellow of the Carnegie Council for Ethics in International Affairs. Founder and publisher of the online magazine www.saveliberaldemocracy.com, Goerlach also writes for the New York Times

In this case too, this is not about spirituality or private piety. After all, the mystics that most likely reflect this form of religion are comfortable with their belief that none of the faithful ultimately knows "God". It is clear that the mystical traditions of the religions, such as the Sufis in Islam for example, were regarded with suspicion – and even persecuted - precisely because of this disarming unorthodoxy.

For its part, secularism offers no solution for our age of identity, because the institutional division of state and religious institutions cannot abolish this archaic view of "them and us " and the practice of scapegoating.

The religious narratives of a society do not stop at the doors of parliaments and courts, because they are themselves political and thus decide on participation, the legitimate exercise of power and affiliation.

The question of whether Islam and Western democracy go together is proof of this. In this discussion, Muslim loyalty is disputed, whereas it is assumed to be present among one's own people as a matter of course. The reason for this, people say, is that Muslims did not share the same history as the people in the West.

Because these archaic ideas still wield power today, referring to the secular nature of liberal democracy also does not automatically dissolve misgivings concerning the loyalty of Muslims in the western world. We all have reason to believe that similar mechanisms are also at work in other contexts such as in India.

Interfaith dialogue can only succeed if its actors do not continue to foment value judgements from history, as populists and demagogues would wish, but rather put forward meaningful narratives that can overcome the "them and us" formula once and for all.

The recent escalation of violence in Idlib is also a result of the increasing tensions between Turkey and Russia. The victims are those in Idlib, caught up in a hopeless situation ... END_OF_DOCUMENT_TOKEN_TO_BE_REPLACED

The 2015 Joint Comprehensive Plan of Action with Iran is in jeopardy. European governments should use the JCPOA’s dispute-resolution mechanism both to pursue immediate measures to ... END_OF_DOCUMENT_TOKEN_TO_BE_REPLACED

Many predominantly Muslim countries have penal laws against "blasphemy", "defamation of religion" and "apostasy". In practice they serve as highly effective weapons to settle ... END_OF_DOCUMENT_TOKEN_TO_BE_REPLACED

These days you might be forgiven for wondering whether international relations would be better served by artists than politicians. Iranian Kayhan Kalhor, a bridge builder from the ... END_OF_DOCUMENT_TOKEN_TO_BE_REPLACED

As we digest the details of Donald Trump's Vision for Peace, we need to ask ourselves just one question: does this draft guarantee an Israeli and a Palestinian baby born today ... END_OF_DOCUMENT_TOKEN_TO_BE_REPLACED

As expected the Trump administration released its Israeli-Palestinian peace blueprint on Tuesday, a plan that ignores the Palestinians at the expense of lasting peace. Middle East ... END_OF_DOCUMENT_TOKEN_TO_BE_REPLACED
Author:
Alexander Görlach
Date:
Mail:
Send via mail

END_OF_DOCUMENT_TOKEN_TO_BE_REPLACED
Social media
and networks
Subscribe to our
newsletter