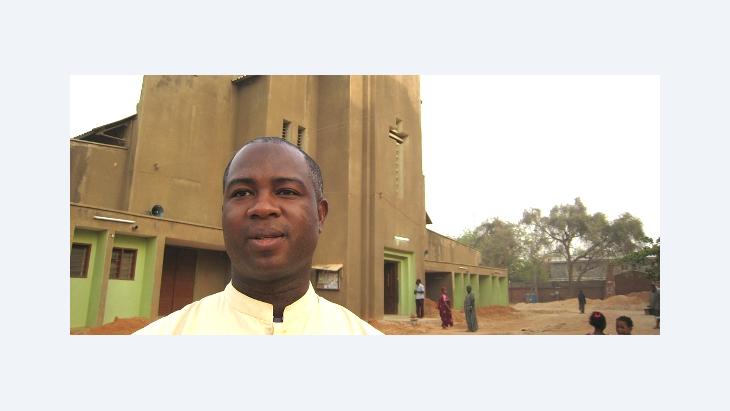 Christians and Muslims in Nigeria

﻿Following the bloody terrorist attack in January, a fragile state of normality now reigns in the Nigerian metropolis of Kano. Local Christians and Muslims have turned to dialogue in order to prevent renewed outbreaks of violence in their city. Thomas Mösch reports

Kano is an old Muslim metropolis, yet since the colonial period, the city has attracted hundreds of thousands of immigrants from the Christian dominated south of Nigeria. Many of them live in the "Sabon Gari" or "new town" district. By day, life has become normal and there are now only a few checkpoints. Businesses and markets have reopened. When night falls, however, the streets empty quickly and the military and police quickly set up checkpoints everywhere.

In addition to the predominantly Christian Igbo people, Sabon Gari is also home to many Muslim Yoruba people from south-western Nigeria.

One of these is Sadiq, a student. He says that as a Muslim, he often finds himself the object of odd glances from his Christian neighbours. "Today, the Christians see everything through religious glasses," he complains. "Many say that the Muslims are responsible for the situation. They don't understand that it is terrorists who want to destroy the religion."

A young woman introduces herself as an Igbo and a Christian. She studies in the capital Abuja and only reluctantly comes to Kano to visit her family, she explains, as many people have already left the city. "It's bad. 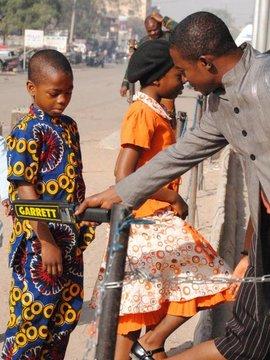 In Kano, many Christians have either moved away or they are afraid to come to church. Pictured: arms control before church service in Kano

​​When you come back, you see that your friends and acquaintances, the people that you want to see, are no longer here." Although tensions have died down, many people in Kano no longer feel comfortable.

Her parents are business people and, at the moment, business is going very badly. They can no longer support her, as they used to. She has broken off contact with her Muslim friends. "I had some, but now I am frightened of them."

Pascal Nwosu knows these fears only too well. He is the chairman of the Igbo community in Kano. Many left the city after the attacks. Some have indeed returned, but the Igbo community, still the largest non-native ethnic group in Kano, has shrunk dramatically.

Nwosu, a trader in cotton and oil seeds, has seen considerable economic haemorrhaging as a result. "Even my company has lost workers. You can't force them to stay. If something should happen, then you would be blamed for having kept them here." It is very difficult to find replacements in such a situation. In addition, many wholesalers have moved their warehouses to other cities and now only supply Kano with small amounts of goods.

Nwosu does not see any reason to leave himself. As he sees it, the Muslims as a whole have not turned against the Christians in the north of the country. The instigators are a small group that want to create chaos in Nigeria. The causes of the conflict, he says, are not of a religious nature, but are rather social and political.

Bishop Ransom Bello of the Evangelical Cavalry Life Assembly similarly assesses the situation. He is the State Chairman of the Christian Association of Nigeria (CAN) in Kano. Bello has unequivocally called upon his fellow Christians to remain in the city.

"We believe that there are dangers everywhere. If my time has not yet come, then no one will be able to kill me." He hopes to influence his community, but he is aware of the difficulties. "We can't do much when people have made up their minds to leave Kano. I understand this, too." 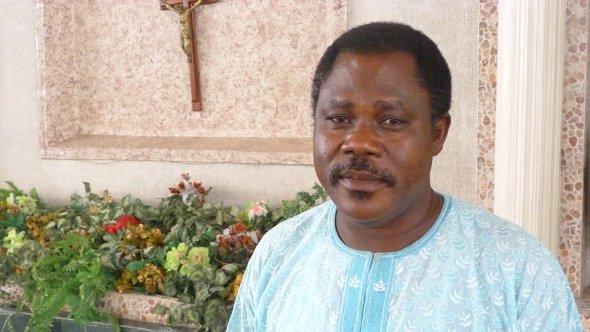 "If my time has not yet come, then no one will be able to kill me." Bishop Ransom Bello, State Chairman of the Christian Association of Nigeria in Kano and promoter of dialogue

​​At the entrance to his own church stands a brand new gate – evidence that the danger is still ever-present. "We didn't used to need anything like this," explains a frustrated Bello. "Today, we have to check everyone attending service." Many of the hundreds of white plastic chairs remain empty during worship, reports the bishop. People have either moved away or they are afraid to come to church.

Bello stresses that relations with Muslims have improved fundamentally in recent years. In contrast with the past, there has not been any large-scale violence between the religious communities for a long time. In light of the current danger, dialogue has become even more intense.

This is also confirmed by Mohammed Aminu Daurawa, a partner in the dialogue. The Muslim spiritual leader is the commander-in-chief of the Hisbah religious police. Dialogue with the Christian minority now has set structures, stresses Daurawa. "This didn't used to be the case. Today, every group has its own permanent representative. The governor currently has one advisor for ethnic groups and another for religious affairs."

These offices are now used to organize dialogue between various groups. One example of this new spirit of cooperation was the during the protest action against the rise in fuel prices at the beginning of the year. Muslims, as well as the Hisbah, protected churches on Sundays during worship so that Christians could pray in peace.

Bishop Bello doesn't think much of those calling for Christians to seek revenge for the attacks on churches. "The question is, who are you supposed to fight against? Should we attack our Muslim friends who donated rice to us during Easter?"

Bello would like his colleagues in southern Nigeria to practice greater restraint when discussing the situation in the north. They tend to quickly talk about retaliation without really knowing what things are truly like in the north, complains Bello.

Despite all this, the sense of insecurity has grown, as there continue to be attacks on churches in the neighbouring state of Kaduna and other states in northern and central Nigeria. The terrorist group Boko Haram has also issued a warning to the inhabitants of Kana of further attacks should they continue to cooperate with security forces against the terrorists.

Home
Print
Newsletter
More on this topic
Militant Islamism in Nigeria: The Radical Seed of Boko HaramChristian-Muslim Clashes in Nigeria: Politicians Must Deal With Root of ViolenceMassacres in Nigeria: More Than Religious Conflict
Related Topics
All Topics
Date:
Mail:
Send via mail

END_OF_DOCUMENT_TOKEN_TO_BE_REPLACED
Social media
and networks
Subscribe to our
newsletter