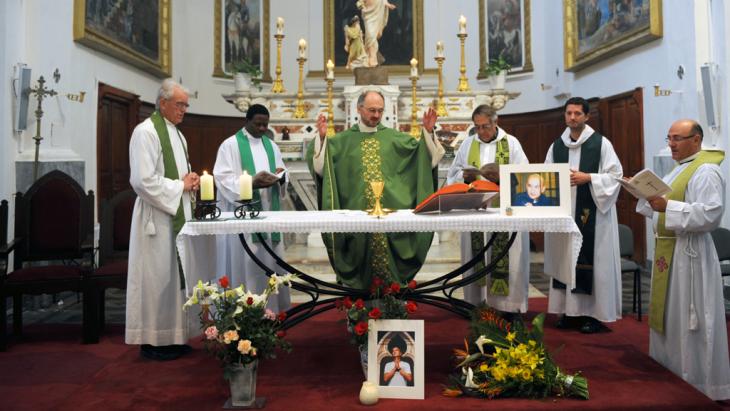 Christians in Tunisia
Cause for Concern

Pressure on Tunisian Christians in Tunisia has grown since the nation's Jasmine Revolution. Observations from Katharina Pfannkuch in Tunis

The ultimatum was unambiguous: "You have three days to convert to Islam and remove the cross from your church. Otherwise you will pay a protection tax." This threat issued by a radical Muslim to Dimitry Netsvetatev, priest at the Russian-orthodox church in Tunis made headlines in Tunisian media last year, but not only that: threatening letters were sent to the congregation, and crosses on the façade of the small church were covered with rubbish bags.

"Tunisia has granted freedom of speech since the revolution," says William Brown, pastor at the French reformed church in Tunis. "And this also applies to Islamic extremists." Supporters of radical Islam are exploiting this new freedom to attack Christian minorities. "Many Tunisian Christians are alarmed and avoid talking about their faith in public," says Brown, who has been living in Tunisia with his family for 11 years. 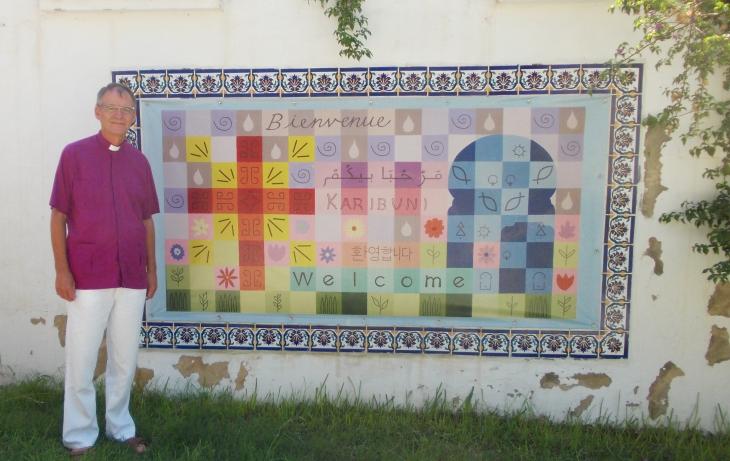 "There may be no official persecution, but Tunisian Christians experience a great deal of rejection in their private lives," says Anglican Rector Bill Musk, head of St. George’s Church in El Hafsia

Some 35,000 Christians from 80 nations live in Tunisia. It's a small but highly diverse community, with reformist, orthodox and Catholic churches all represented: 40 Catholic priests are active nationwide.

The Anglican Church also forms part of Tunisia's Christian minority. It is led by Bishop Bill Musk, Rector of St. George's church in El Hafsia for the past five years. Here in this quarter of Tunis the streets are narrow and dusty, plaster crumbles off the walls of the facades. It is a run-of-the-mill kind of place, where street criminality and muggings are the order of the day. "It's not always safe around here," says Bill Musk "but our door is always open." The cross of St. George's church can be seen from afar over the rooftops of El Hafsia.

Rector Musk is not afraid of religiously motivated attacks or threats of the kind received by his Russian orthodox colleague Netsvetatev: "The situation has barely changed for foreign Christians since the revolution," he says. The Anglican community in Tunis numbers just under 300, most of them from sub-Saharan Africa: The African Development Bank has been headquartered in Tunis since 2003. As well as Europeans and Americans, the bank's staff and their families form the majority of Christians in the country.

But St. George's church is not just a place where foreigners gather. "Tunisians who are interested in Christianity come to us as well as Tunisian Muslims who are having doubts about their own faith or who are simply seeking advice," says Bill Musk.

From climate of fear to boosting Islamism

William Brown of the French reformed church also says emergent Islamism is having no noteworthy effect on his daily life. But the two chaplains agree that the impact of this development is being felt all the more by Tunisian Christians: "Before the revolution there was no freedom of speech in Tunisia, a climate of fear reigned," Musk recalls.

The fall of the regime also brought down the wall of silence – and not just that: "The new freedom to say and do what you want is also unfortunately being exploited by some people," he says. It is this freedom in particular that is also giving the religious extremists a boost. 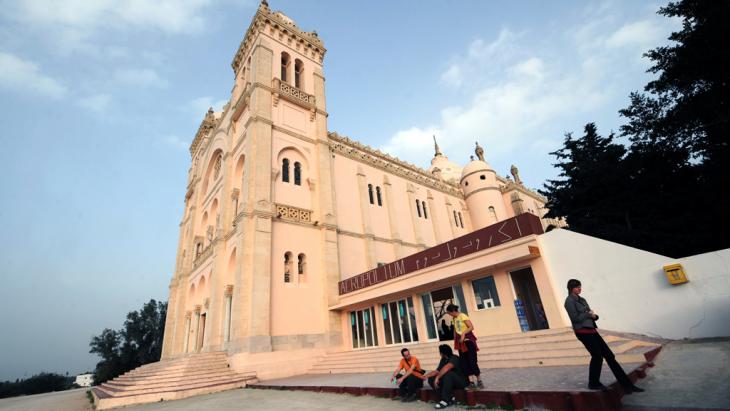 Diverse and heterogeneous Christian faith communities: Reformist, orthodox and Catholic churches are all represented, with 40 Catholic priests active nationwide. Some 35,000 Christians from 80 nations live in Tunisia

Ben Ali limited the role of religion in politics and society, and Islamism was tightly controlled. For decades, supporters of moderate political Islam, first and foremost the "Ennahda" movement, were severely oppressed. This also explains the success of "Ennahda" in the first elections after the ousting of Ben Ali in October 2011 – attributable to public solidarity with an organization that had been forbidden for decades.

The rise of political Islam to government level in Tunisia also paved the way for extremist positions in everyday life. "Tunisian Christians are converts," explains Rector Musk, "they have left Islam in favour of Christianity."

A chill wind for Tunisia's converts

A decision with consequences: "There may be no official persecution, but Tunisian Christians experience a great deal of rejection in their private lives," says Musk. On an official level there are attempts to involve Tunisian Christians in the nation's new order, says the Rector: "Members of the constitutional assembly asked us to put them in touch with Tunisian Christians to hear their views on future policies concerning minority groups."

This is intended as a positive gesture. But even this official venture does little to ease the chill wind encountered by converts in their everyday lives. Musk is nevertheless unwilling to go into details concerning Tunisian converts in his congregation: "That could put them at risk."

William Brown is also aware of the dangers facing Tunisian Christians. "Families and colleagues put them under pressure, they are the victims of persecution and threats," he says.

Brown has himself experienced several conversions to Christianity. "Often it's young Tunisians who embrace Christianity. Some of them turn away from Islam because they reject radical Islamism. Others hope that a conversion will make it easier for them to get to Europe," says the pastor, adding: "But God only knows their true motives."

Tunisia's Christians must however face up to contemporary challenges and as democracy is established adopt a decisive stance against radical tendencies: "They should carefully consider with whom they are able to talk openly about their faith. They must network more effectively and build up mutual trust." A trust that Anglican Rector Bill Musk demonstrates on a daily basis: The doors of his church in El Hafsia will continue to remain open to all comers.

Charting his own descent into extremism, former Moroccan jihadist Adil El Hasani reveals how he was ultimately able to extricate himself from the grasp of those peddling religious ... END_OF_DOCUMENT_TOKEN_TO_BE_REPLACED

The history of Jews and Muslims is far more entangled than you might imagine – but you have to listen out for it. In "Recording History", Christopher Silver takes us on a sonic ... END_OF_DOCUMENT_TOKEN_TO_BE_REPLACED

Welcome to the world of Al Qasar, where Arabic music collides head-on with punk and psychedelic to create something powerful and beautiful. "Who Are We" is a raucous, subversive ... END_OF_DOCUMENT_TOKEN_TO_BE_REPLACED

A conflict rooted in identity is currently gaining traction in Morocco. It began with demands to relieve the "burden" of Fusha (classical Arabic) by implementing a linguistic ' ... END_OF_DOCUMENT_TOKEN_TO_BE_REPLACED

The Women's Africa Cup this year in Morocco was a resounding success. The Moroccan team was the first Arab women's football team to qualify for a World Cup. By John Duerden END_OF_DOCUMENT_TOKEN_TO_BE_REPLACED

The southern shores of the Mediterranean Sea are losing sand faster than almost anywhere else. The ecological and economic damage is immense. The good news is, there are ways to ... END_OF_DOCUMENT_TOKEN_TO_BE_REPLACED
Author:
Katharina Pfannkuch
Date:
Mail:
Send via mail

END_OF_DOCUMENT_TOKEN_TO_BE_REPLACED
Social media
and networks
Subscribe to our
newsletter