One Step Forward, Many More to Take

It was reported late in September 2006 that an unprecedented law had been passed in the parliament to "offer" Iranian citizenship to children born to Iranian mothers and non-Iranian fathers. Golbarg Bashi reports

It was reported late in September 2006 that for the first time in Iranian history an unprecedented law had been passed in the parliament to "offer" Iranian citizenship to children born to Iranian mothers and non-Iranian fathers. Golbarg Bashi reports 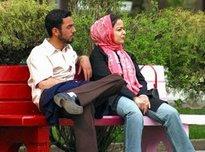 The only positive aspect of the amendment is that cases seeking Iranian citizenship for children born to Iranian mothers will no longer get thrown out of the courts without any hearing, writes Golbarg Bashi

​​The Iranian Civil Code had until now been uncompromising in its discriminatory law on the marriage of Iranian women to foreign nationals and the fate of the offspring of these unions.

In no circumstance whatsoever had judges been allowed to authorize an Iranian mother's nationality to be passed on to her husband's children. Despite this, women in Iran had been for years demanding a change to this law and made their voices heard by protesting their disapproval of their country's unequal laws.

The article 976 of the Iranian Civil Code which governs the marriage of Iranian women to non-Iranian men, had allowed non-Iranian men to take away these 'half-Iranian' children from Iran despite Iranian mothers' refusal.

By not amending this law, Iran had continued directly to discourage the union between Iranian women and foreign nationals. In preserving the male prerogatives, Iran had rather given privileges to foreign men than to its own female citizens.

In her 1997 pioneering book, "Political Rights of Iranian Women", Mehrangiz Kar, comprehensively argued that an Iranian mother had no legal rights whatsoever over the fate of her children.

Doomed to live as state-less citizen

If the father was not Iranian, her children could not be registered to go to school, receive state-funded education and national health-service. If the foreign father did not register his children's nationality with the authorities of his own country, those children were deemed as state-less.

If they were not born in Iran or could not prove that they were, they would never be able to become Iranian citizens and were doomed to live their entire lives as state-less, unless in the case of women who could obtain Iranian nationality only by marrying an Iranian man (in adulthood).

In some cases where a father lost his Iranian citizenship because of being born in a part of Iran that at the time of his birth was part of another country, for instance, his adult children too lost their identity and passports.

The Iranian Civil Code, in its 1060 and 976 articles, completely separated itself from the Shari'a and the Qur'anic commands in reserving the right to deny Muslim unions between Iranian women and foreign Muslim men.

It could be said that the laws governing citizenship were not only highly discriminatory and against international standards, but that in fact they were un-Islamic. In articles 1060 and 976 of the Civil Code, this discrimination had been justified in this manner, 'the law-maker is trying to…prevent the woman from marrying an alien'.

In these articles as well as the entire Iranian legal system, a paternalistic and discriminatory approach had been adopted towards the human rights of women.

While the Iranian family law is theoretically in accordance with Shi'ite Shari'a laws, it can be said that articles 1060 and 976 of the Civil Code were solely cultural laws enacted during the Pahlavi reign.

At the time, when radical changes were made to the family law in the 1960s and 1970s, giving women more rights than ever before in the sphere of marriage, the article 1060 and 976 were kept intact, in order not to loose too much control over women.

A "cosmetic" change of citizenship law

What is interesting in this month's sudden change to the citizenship law is that the Islamic Republic took the steps to amend it.

Women must still obtain permission from the state in order to marry non-Iranian nationals, nor can they marry outside their Ummah (“Religious Community”); whereas men can do so and their children, even if they were born out of wedlock, are automatically given Iranian citizenship.

Yet one still has to prove that the parents were officially married, that is their marriage has been registered in an official bureau – while an Islamic marriage can be contracted without formal documentation, a Shari'a marriage (not registered but orally performed) carries no legal protection whatsoever for women and is deemed illegal with the punishment of up to three years imprisonment for both parties.

This is the most common problem in the case of women married to Afghan or Iraqi nationals who have contracted a Shari'a marriage and find both themselves and their offspring without any state-protection. These mothers fail to meet the requirement to seek life-saving security, state benefits like schooling and health care, etc. for their children.

The children who are seeking Iranian citizenship still have to live as a state-less alien in Iran for 18 years without all the state benefits and protections. No one knows how long the court process will take before they are given Iranian citizenship.

The non-Iranian father can – within those 18 years – take the child away from Iran and there is nothing that Iran will do to return these children to their mothers.

As Mehrangiz Kar reported as late as in the 1990's there are still large number of Iranian women trapped in Afghanistan who are treated appallingly by their husbands and there is nothing that the Iranian state does to help its female citizens due to the existing laws in Iran.

However, it is quite likely – as a 1998 incident showed – that if there had been Iranian men trapped in Afghanistan, Iran would have done everything possible, with the risk of even going to war, to save its male-citizens.

Thus the only positive aspect of this amendment to the Iranian Civil Code is that cases seeking Iranian citizenship for children born to Iranian mothers will no longer get thrown out of the courts without any hearing.

The other noteworthy aspect of this development is that it took an Islamic Republic (not Pahlavi's Family Reform Law) to make any amendments to it (however minor) – and this of course due to the effortless work of human rights activists such as Mehrangiz Kar and Shirin Ebadi inside Iran, and all the mothers who never gave up hope for their children.

Golbarg Bashi is a Visiting Scholar at the Department of Middle East and Asian Languages and Cultures, Columbia University, New York. She is currently writing her Ph.D. thesis on "Shi'i Responses to the Idea of Universal Human Rights in Iran: A Feminist Critique" at the University in Bristol (UK)

Iranian Female Lawyers
Is It More Effective to Change the System from Within or from Without?
The law profession in Iran is still very much a man's world. Nobel Peace Prize winner Shirin Ebadi advocates reforms, but not all female colleagues are convinced of this strategy. Roxana Saberi reports from Tehran

Interview with Shirin Ebadi
"Nothing Can Keep Us from Our Work"
The nuclear issue, the president's anti-Israeli tirades — what we have been hearing from Iran recently has been disturbing news. At the same time and almost without provoking attention, the lawyer Shirin Ebadi continues her work in the country. Kathrin Erdmann spoke to her

END_OF_DOCUMENT_TOKEN_TO_BE_REPLACED
Social media
and networks
Subscribe to our
newsletter