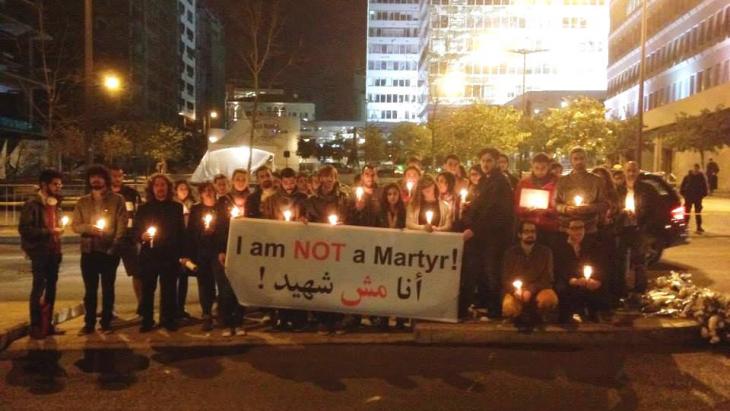 Civil society initiatives in Lebanon
"I am not a martyr"

Bomb attacks and other acts of violence have almost become part of everyday life in Lebanon. After recent bomb blasts, two media campaigns were launched to raise awareness among Lebanese people of the everyday violence in their crisis-torn country. A background report by Juliane Metzker

On the morning after the end of the Christmas holidays in Beirut, a huge explosion rocked the inner city area. The location of the attack was not far from the Phoenicia International Hotel where former Prime Minister Rafiq al-Hariri and 22 other people were killed when a booby-trapped car exploded in 2005.

This explains why only a short time after the detonation, messages began circulating on the Internet that this too was probably a targeted attack. A short time later, this assumption was proven correct when former finance minister Mohamad Chatah was confirmed to have been among four people killed in a car bomb attack. Chatah, who had been both an adviser to the opposition leader, Saad al-Hariri, Rafiq al-Hariri's son, and his confidant, had not been afraid of criticising the Syrian regime and Hezbollah.

However, the media focus did not just centre on the death of the politician; it was in fact another victim who caught the attention of the public: 16-year-old Mohamad Chaar had met up with his friends close to the site of the bomb attack that morning. Shortly before the explosion, the four youths took a photo of themselves, a so-called "selfie". In the background is the gold-coloured, booby-trapped car that would explode a few minutes later. The next photo of Mohamad shows him lying motionless on the ground. He died of his injuries in hospital the next day. 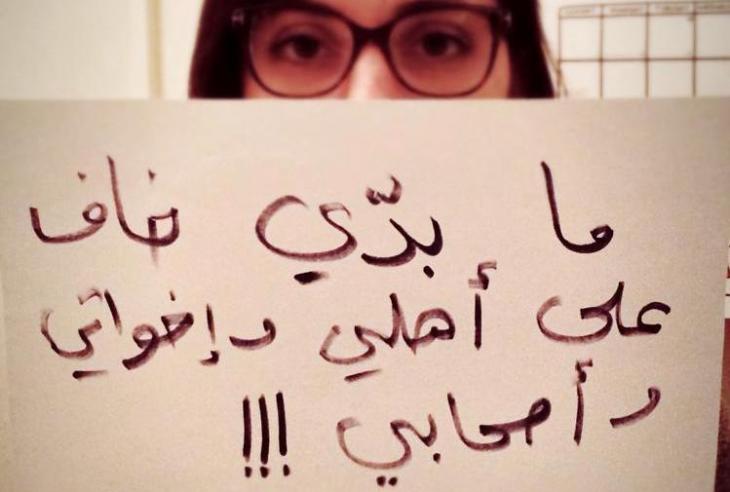 Message full of desperation: as part of the I am not a martyr campaign, this young Lebanese woman holds up a card that reads "I no longer want to be afraid of what might happen to my family, siblings and friends"

The "I am NOT a martyr" campaign

In reference to his death, the following message was shared in social networks on 30 December: "Refuse to live in fear. Refuse to live a life where you may die a martyr. Refuse to live in violence. Add #notamartyr to ur tweets #Lebanon." The initiators were overwhelmed by the incoming flood of messages with the hashtag #notamartyr. Less than a week later, the Facebook page of the "I am NOT a martyr" campaign had over 5,000 "likes".

The initiative now encourages Lebanese people to take pictures of themselves holding up a self-penned manifesto and to post the photos in the Facebook group. "I don't want to have to guess which neighbourhood my loved ones will be murdered in," is written on a card held up by one young woman. Another photo shows a Lebanese passport and a paper with the inscription: "I don't want to constantly feel like leaving."

The campaign "is not only about Chaar. It is about every person who has been martyrised against his will. (…) The campaign was meant to give people a way to express their thoughts, frustration, hopes and dreams, at a time when most of the people feel that their visions of Lebanon no longer matter," explains one of the initiators.

In addition to the calls to stop the violence, some activists also raised social issues that they want to address. The singer of the Lebanese indie pop band Mashrou 'Leila, Hamed Sinno, wrote on his card: "I want to hold my boyfriend's hand without being afraid of the police." Other photos denounce problems with infrastructure, corruption and pollution of the environment in Lebanon.

Respect for all victims of violence

The Muslim Students' Association of Beirut also launched a social media campaign called "We are not just numbers" in response to the bombing and published an open invitation to attend Mohamad Chaar's funeral.

"The media coverage mentioned that Mohamad Chatah and four or five others died. The word 'others' was annoying," says Mohammed Estaiteyeh, the president of the association, explaining what it was that triggered the campaign.

He and other students published a manifesto entitled "We are not just numbers ... they are not just others", which was viewed up to 30,000 times, and created a hashtag of the same name on Twitter.

Estaiteyeh identifies two objectives pursued by the initiative: "On the one hand, we want to raise awareness throughout Lebanese society. People here started to disrespect their lives because it is becoming a normal thing to lose life during acts of violence. On the other hand, we exert some pressure on media channels so the coverage isn't just about the main character who was the target of the attack."

"We are in need of a critical mass" 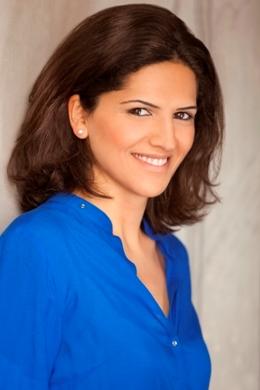 In her blog "Eye on the East", Lebanese blogger Marina Chamma comments on political, cultural and social events in the Arab world

Despite the euphoria about being able to comment openly on events in Lebanon and to vent anger, it still seems relatively unlikely that these campaigns will be able to stop the increasing violence in the country.

The Beirut-based blogger Marina Chamma has already taken part in many anti-violence campaigns in Lebanon. Clearly disillusioned after the assassination of Mohamad Chatah, she published a "personal letter from the city where I live". In it, she considers Lebanon's future and examines the inhuman resilience of the Lebanese and their willingness to compromise.

"I hope the initiatives last because these are not the first media campaigns which have been launched after something happened in Lebanon, and they will certainly not be the last," says Chamma, hinting at the failure of most civil society initiatives in Lebanon. "Most of the activists are young intellectuals based in Beirut. To achieve real change on the ground, we have to gather a critical mass and mobilise people who are living outside Beirut. Changes are not only made for Beirut, they are made for Lebanon."

Both initiatives enjoy great support and encouragement on the Internet. In order to ensure that such campaigns do not end up being short-lived in crisis-torn Lebanon, they have to mobilise the public offline and fight uncompromisingly for their convictions.

Home
Print
Newsletter
More on this topic
The Lebanese Graphic Designer Maya Zankoul: Illustrations against Ignorance and OblivionHezbollah after the Beirut Attacks: A Battle on Many FrontsPhotography Project "Missing": Lebanon's Shadows of the Past
Related Topics
Democracy and civil society, Hezbollah, Lebanese Civil War, Media in the Arab World, Sunni-Shia tension
All Topics

Food prices doubled, salaries halved, banks restricting withdrawals: Egyptians now have the same problems as the Lebanese. But if things get worse here, the fallout will be far ... END_OF_DOCUMENT_TOKEN_TO_BE_REPLACED

Lebanon was long viewed as the Switzerland of the Middle East. Until relatively recently, billions were deposited in its banks. Gulf states were among the foremost investors in ... END_OF_DOCUMENT_TOKEN_TO_BE_REPLACED

November 2022 sees the Arab world firmly in the spotlight with the COP27 in Egypt and the FIFA World Cup in Qatar. Public trust in MENA governments is weak, thanks to their ... END_OF_DOCUMENT_TOKEN_TO_BE_REPLACED

"You are not my guide... I am the compass. Iranian women have spoken, freed themselves, and unleashed a revolution despite smelling death. They have cut their braids in anger; ... END_OF_DOCUMENT_TOKEN_TO_BE_REPLACED

In “The Wrong End of the Telescope”, Rabih Alameddine draws us away from the headlines and into the personal story of one individual. Mina is complex, compelling and very real. By ... END_OF_DOCUMENT_TOKEN_TO_BE_REPLACED

Comments for this article: "I am not a martyr"

Im not that much of a online

Im not that much of a online reader to be honest but your blogs really nice, keep it up! I'll go ahead and bookmark your site to come back later. Cheers ededcdgdfedb

END_OF_DOCUMENT_TOKEN_TO_BE_REPLACED
Social media
and networks
Subscribe to our
newsletter