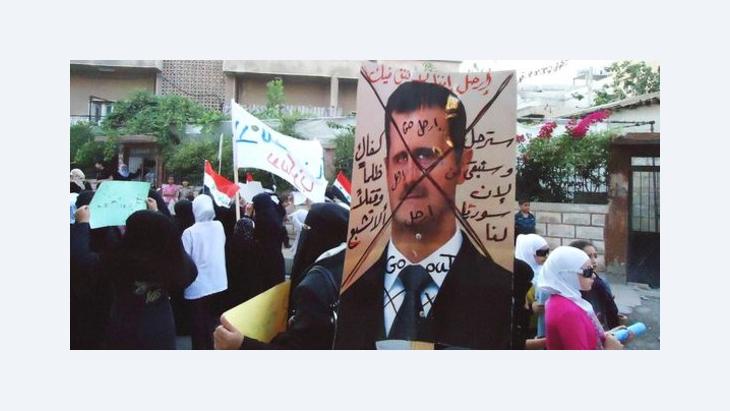 Assad's Final Days Could Go on for Years

Syrian blogger Jasmine Roman comments on the war going on in her country, a conflict that has become a confessional one – and that could go on for years even after the toppling of Assad

The situation in Syria is confusing. So confusing in fact, that it appears to be almost impossible to find ways to end the killing and the violence. The Syrian crisis is gridlocked, with brutality and atrocities taking on increasingly horrific dimensions as the conflict persists. Fertile ground for yet more repression, acts of retaliation, radicalization and lawlessness.

Regional and international support for individual parties engaged in this conflict has altered the balance of power on the battlefield. It has encouraged the fragmentation of the rebel camp, and boosted the radical Islamists. There have been frequent reports recently about an infiltration of the Syrian revolution by Al Qaeda and on the increasing activities of the terror network in Syria. This is happening – it can't be denied. But generally speaking, we shouldn't be overstating the presence of Al Qaeda. 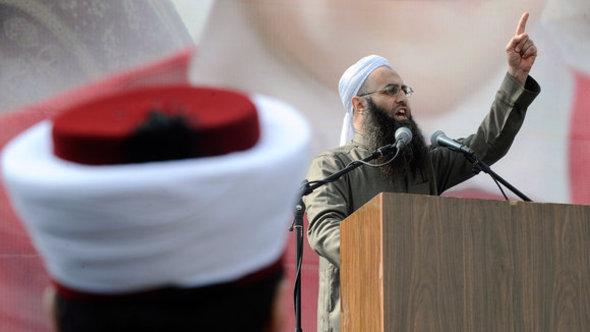 Religious zealots seize their moment: Radical Islamist groups are profiting from the current uncertainty and disastrous situation in Syria as well as in neighbouring countries affected by the civil war: Salafist preacher fulminates against the Assad regime in Beirut

​​The political opposition, peaceful demonstrators and the Free Syrian Army have adopted a clear and critical stand against Al Qaeda. From their point of view, the presence of the terror organization represents a real threat to the revolution.

This is because in the end, over-exaggerated discussions concerning the presence of Al Qaeda in Syria play into the hands of the regime, by substantiating its claim that it is Islamist combatants and terrorist groups that are threatening public order. Even in the midst of justifiable fears that the terror network is gaining momentum in Syria, it is still very difficult to assess the true extent of the organisation's power within the country.

Political and diplomatic means have been exhausted

But in the midst of all the destruction and the desperate attempts to topple Assad, the influence of the Jihadists could increase. A welcome pretext for the regime to commit yet more atrocities and secure its own survival by way of another outrageous massacre.

Political and diplomatic means have been exhausted. They have not only led events into a vicious circle, they have also triggered a humanitarian catastrophe across the nation. According to the latest UN estimates, 10 million Syrians are affected by the conflict and up to 1.5 million people are in urgent need of some form of humanitarian assistance. 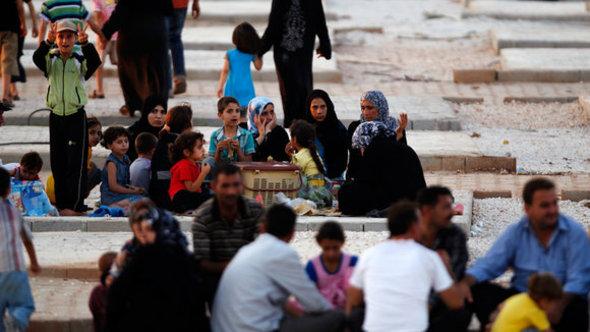 Boundless refugee crisis: There are some 80,000 registered refugees from Syria in Turkey alone, with around 5,000 arriving there every day over the last two weeks. The Turkish government is now trying to stem the flow of arrivals by imposing tougher controls at border points

​​Some 124,000 Syrian refugees are already registered in neighbouring countries, and a million people have been displaced within Syria itself. Regardless of whether Assad is ousted or remains in power: it is just as difficult to express the suffering of the people in numerical terms as it is to gauge the financial cost of reconstructing the nation and restoring conditions to pre-war levels.

The country, its infrastructure, its historic treasures – reduced to rubble. Leaving only the question of who will cover the cost of reconstruction and enable Syrians to return to their homes.

Syrians were initially fearful that their nation would go down the same track as neighbouring Iraq, Lebanon or even Afghanistan. Now, there are concerns that a calamitous combination of all three scenarios could become reality.

Descent into a confessional conflict

What began as a civil war has descended into a confessional conflict. The concentration on confessional and religious elements heightens the vacuum and the polarisation of actors both within Syria and outside of it.

Kofi Annan's resignation as special UN representative for Syria has made the prospect of a political solution even more distant. The mantra that Assad's days are numbered is no longer convincing to anyone. These "numbered days" could go on for years. 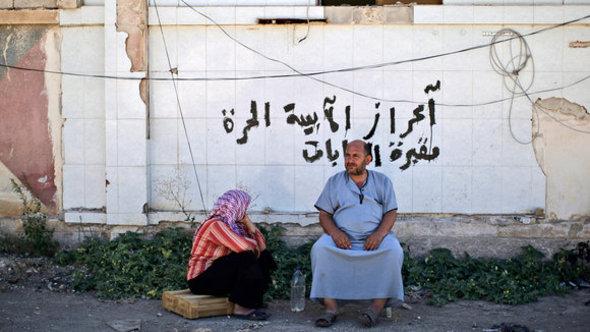 Victims of the civil war: "Many Syrians are increasingly frustrated at having to stand by and watch as the revolution is hijacked by other forces. But regardless of how the situation develops Syrians will not give up, and they will decide on their own future," writes Jasmine Roman

​​Even if the regime loses control or is forced to give up a number of rural regions in the north of the country, the battles over control of the major cities are what matters.

But nevertheless, slowly but surely the regime is destroying itself. And eventually, it will have limited means at its disposal. On the other hand, a menacing radicalism and the inability to counter extremism could leave another dark stain on this highly important chapter of Syria's recent history.

Many Syrians are increasingly frustrated at having to stand by and watch as the revolution is hijacked by other forces. But regardless of how the situation develops, Syrians will not give up, and they will decide on their own future. In the end, only the Syrians can liberate themselves from decades of repression and autocracy.

Jasmine Roman is the pseudonym of a young Syrian journalist and blogger writing from Damascus. Her article is part of a series published by ZEIT ONLINE in cooperation with the Körber Foundation on new actors in the transitional states of the Arab world.

Political analyst Taqadum al-Khatib argues that Egypt can, in co-ordination with its European partners, develop a common vision to solve the complex conflict in Libya. For this to ... END_OF_DOCUMENT_TOKEN_TO_BE_REPLACED

At the suggestion of his Arab students, Israeli psychologist Ofer Grosbard created the project "Quranet", which uses texts from the Koran to solve educational problems in schools ... END_OF_DOCUMENT_TOKEN_TO_BE_REPLACED

Taking the Fridays for Future movement as his starting point, Muslim environmental expert Tarik Quadir talks to Marian Brehmer about the connections between Islam and ... END_OF_DOCUMENT_TOKEN_TO_BE_REPLACED

Muhyiddin Ibn Arabi (1165-1240) is one of the most influential Arab philosophers and mystics. James Morris, Professor of Islamic Theology at Boston College, explains why his ... END_OF_DOCUMENT_TOKEN_TO_BE_REPLACED

As historian Wiiliam Dalrymple writes in his essay, scholars are only now beginning to realise the extent to which the Mughal emperors adopted what most would assume to be ... END_OF_DOCUMENT_TOKEN_TO_BE_REPLACED