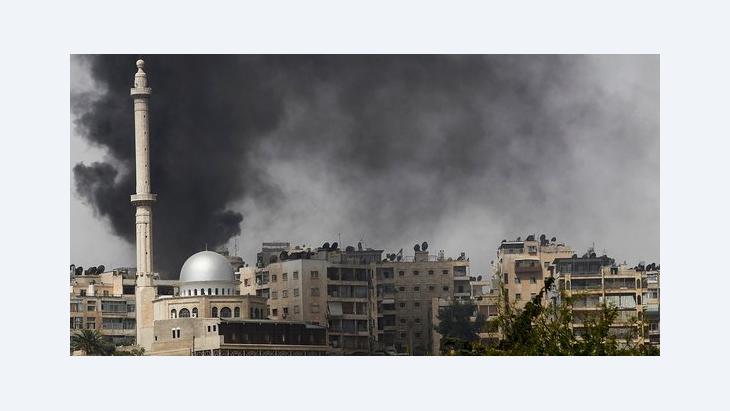 Civil War in Syria
Only the Europeans Can Negotiate Now

﻿The unilateral stance of European nations against the Syrian regime has served only to further escalate the civil war. This is having a negative impact on Syria's minority groups such as the Christians, says German-Syrian legal scholar Naseef Naeem

Syria, my parent's homeland, continues its inexorable dive into oblivion. The country's administrative order has imploded, which could result in the onset of a process that divides the territory along confessional and ethnic lines. It appears that the Europeans, and in particular the Germans, have not yet understood that the war is merciless and being conducted for better or for worse. But at this juncture, the Europeans are the only ones in a position to negotiate.

This conflict, which is now out of control, is like a game of poker where everyone at the table is fighting against everyone else. Counted in sequential order, the first group seated at this table are the rebels.

This group, predominantly comprised of army deserters and armed volunteers with no centralized leadership structure, is playing "all in". It cannot behave any other way, because it knows that the path it has chosen will either lead to the toppling of the regime, or to certain death.

The regime at the poker table

In a nation where all religious and ethnic interests must be considered in the plural, this group can be defined as representing Syria's Sunni majority, although its conservative character is much more in evidence than its Islamic-Sunni traits. 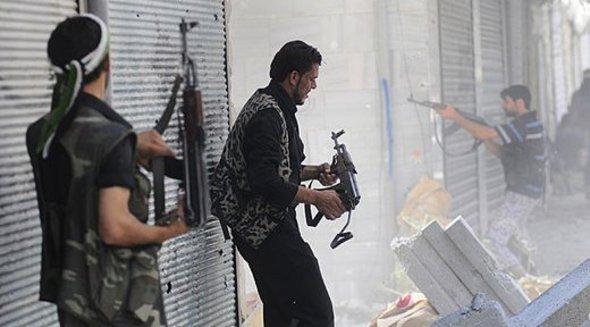 Violent escalation that knows no bounds: "This conflict, which is now out of control, is like a game of poker where everyone at the table is fighting against everyone else," writes Naseef Naeem

​​Sitting opposite them at the poker table is the regime. It primarily represents the Muslim Alawites, a numerical minority in Syria. Since the establishment of state order in Syria under the French mandate following World War I, this group has enjoyed a position of supremacy within the state apparatus as a whole.

The Alawites and the regime are inextricably linked, which is why the (para-) military units are predominantly made up of Alawites. The regime's brutal strategy in dealing with the Muslim Brotherhood in its struggle over a secular state and its response to the uprising leave the Alawites with no other option than to close ranks.

The religious minorities, in particular the Christian minorities, are also present at the poker table. These are associated with the Alawites on some levels and benefit from their secular governance. From my experience as a Syrian Christian, it is however not appropriate to claim that Christians in Syria have received preferential treatment.

There is however no particular repressive measure exerted upon Christians by the state. In the eyes of most Christians in Syria, the sense of security in everyday life and a measure of religious and personal freedom balances out the political repression that characterizes the regime.

Fears of a "Talibanisation" of Syria

However, since the rebellion began there has been nothing left of this sense of security. From a Christian point of view, as Islamic groups hoisted their black flags as the conflict progressed, fears grew that the nation's confessional structure was being radically thrown into question. 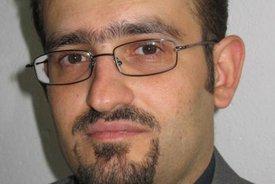 Naseef Naeem is scholar of constitutional law at the University of Göttingen. He is of Syrian descent and is a member of the Christian minority

​​It was registered with consternation that it was obviously difficult for the rebels to maintain a credible distance from groups of this kind. All minorities in Syria began to form the impression that this was a Sunni Islamist, indeed an Islamist uprising. In addition, they see their fears of a "Talibanisation" of Syria confirmed by the unconditional support given to the rebels by regional powers.

The region's Sunni-ruled nations Saudi Arabia, Turkey and Qatar want to see the detested Alawite regime expelled from the world forever. For Turkey, the situation has been clearly exacerbated by the autonomy of the Kurdish PKK in northern Syria, supported by the Syrian regime. Sitting across the table from them are the Shiites in Iran, Iraq and Lebanon. They claim to be hurrying to the aid of their Alawite confessional brothers – despite varying interpretations of what constitutes a secular state.

The historic-religions dimension of this conflict should not be underestimated. The Shiites as disciples of the Prophet family killed by troops of the Caliph – or in other words today's Sunnis – will not allow themselves to be conquered, or expressed in more exaggerated terms slaughtered, in battle by Sunnis a second time.

And as though this "all or nothing" situation were not enough, the Americans and Russians in particular – with support from the Chinese – are playing full engagement. For the Americans, this is a one-off opportunity to sever Iran's arm in the region, which is why Washington appears ready to accept anything, even an Islamist regime post-Assad. 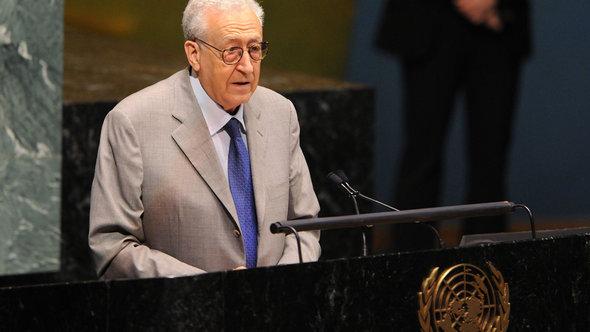 Political impotence in the Syrian conflict: "Whether the position of the powerless United Nations, which has in any case done little more than observe the game from the sidelines, will improve with the Sunni Algerian Lakhdar Brahimi as its peace envoy to Damascus, is more than doubtful," says Naseef Naeem

​​The US approach to the Syria conflict pursues a strategy of withdrawing support for autocratic but stabilizing regimes in the Middle East, a strategy in place since the Iraq war of 2003.

The Russians have an outstanding account with Saudi Arabia and other Sunni forces, which Moscow accuses of supporting rebels in Chechnya and sponsoring other acts of terrorism in Russia.

The Russians also know that the end of the Syrian regime will also spell the end of an era that has seen them exert influence in the Middle East since Soviet times. Whether the position of the powerless United Nations, which has in any case done little more than observe the game from the sidelines, will improve with the Sunni Algerian Lakhdar Brahimi as its peace envoy to Damascus, is more than doubtful.

The Europeans have so far made an anxious impression at the poker table; timid and at best indignant at the harsh actions of the protagonists. Nevertheless, they are perhaps the only ones who can still negotiate in this civil war – if they would finally overcome their inhibitions, initiate a paradigm shift and seek out their own route to the short-term objective of silencing the weapons.

If this is to happen, the diplomatic rules of the game must be resurrected and an equal distance maintained between all regional and international actors. After all, they are all part of the conflict and cannot contribute to a neutral solution.

The Kurds are under attack from two sides: from Turkey, and from Iran. The situation in their territories in northern Iraq is becoming increasingly desperate. Birgit Svensson ... END_OF_DOCUMENT_TOKEN_TO_BE_REPLACED

More than 300 children in rebel-held northwest Syria kicked off their own football World Cup on Saturday, with organisers hoping to shine a light on communities battered by 11 ... END_OF_DOCUMENT_TOKEN_TO_BE_REPLACED

Lamya Kaddor, MP for Germany’s Green Party, visited Qatar with a group of parliamentarians. In interview with Claudia Mende, she advocates a differentiated picture and urges that ... END_OF_DOCUMENT_TOKEN_TO_BE_REPLACED

Arabs in the German capital? For many, this means criminal clans. Yet the city is home to a vibrant intellectual scene. Exiles from Syria, Palestine and Egypt are gathering to ... END_OF_DOCUMENT_TOKEN_TO_BE_REPLACED

After a two-year hiatus, the Arab League re-convened at the beginning of November in Algiers against a backdrop of uncertainty and discord. By Pierre Boussel END_OF_DOCUMENT_TOKEN_TO_BE_REPLACED

In the run-up to the COP27 global climate summit, hosted by Egypt in November, it is worth noting that little rainfall, aggressive heatwaves and worsening drought make the Middle ... END_OF_DOCUMENT_TOKEN_TO_BE_REPLACED
Author:
Naseef Naeem
Date:
Mail:
Send via mail

END_OF_DOCUMENT_TOKEN_TO_BE_REPLACED
Social media
and networks
Subscribe to our
newsletter