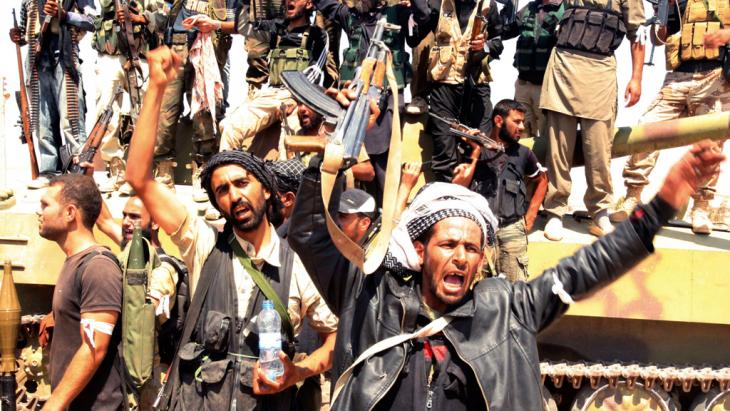 Civil War in Syria
The Time to Act is Now

In this commentary, Kristin Helberg says that there will be no negotiated solution to the Syrian crisis unless the conflict is escalated to international level. Until then, Syrians will continue to pay the price for the world's half-heartedness

What else has to happen? What are we waiting for? A regime has spent the past two-and-a-half years using unspeakable violence to destroy its own country and massacre its own people, and we in the West can think of no better response than to issue the usual knee-jerk warning that the situation could turn into a wider regional conflagration, to spread fear of al-Qaeda, and to call for a political solution – even though neither Syrian nor non-Syrian parties to the conflict have the will to negotiate.

Assad has long since ignited the flames of the conflagration – just like he said he would: Iran and the Lebanese Hezbollah are fighting on the side of the regime, while Saudi Arabia, Qatar, and Turkey are supporting the rebels. What's more, an off-shoot of Iraqi al-Qaeda has been gaining ground for months now. In Syria, one horror scenario follows another, above all because we are doing nothing; because the international community is rigid with fear, reacting like a rabbit in the headlights, at the prospect of the scenarios outlined above. 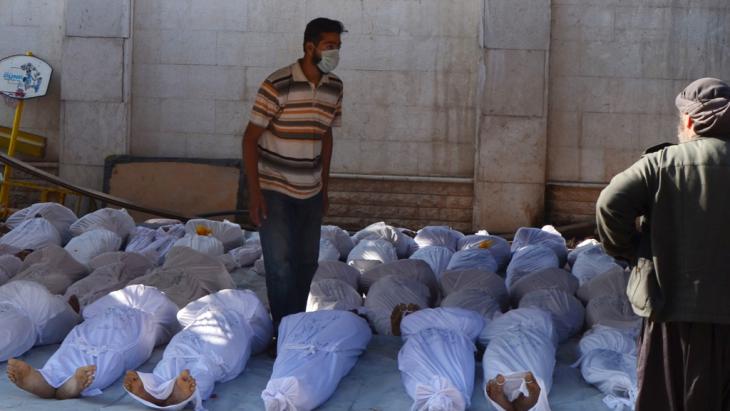 According to Médecins Sans Frontières, at least 355 people were killed and over 3,600 were injured during a poison gas attack on 21 August. Chemical weapons have been prohibited by the Geneva Protocol since 1925. Although Syria ratified this protocol, it is not party to the Chemical Weapons Convention of 1992, which prescribes further disarmament measures.

It took the widespread deployment of nerve gas on the outskirts of Damascus to wake Western politicians from their torpor. They know that if the tortuous death of hundreds of children caused by chemical weapons – children the world saw writhing in agony on the ground, desperately gasping for air and shaking pitifully – is left unanswered, then not only will the United Nations have lost all credibility, but the world will have lost its morality.

Nevertheless, the determination demonstrated by Washington, London and Paris was an act. The truth is that no one wants to be dragged into a war; they just want to save face and send Assad a clear message. This is why there will at most be isolated military attacks, which will do little to break the military deadlock in the country. This is not what the 'Responsibility to Protect' principle is all about.

Secondly, the longer the conflict lasts, the more radical Assad's opponents become. Syrian rebels feel let down by the West and are instead getting support from groups that are allied to al-Qaeda, which are supplying them with money and arms and influencing them ideologically.

Thirdly, an entire society is becoming brutalized; all sides are committing the most horrific crimes; Syrians are descending into a spiral of revenge of retribution. 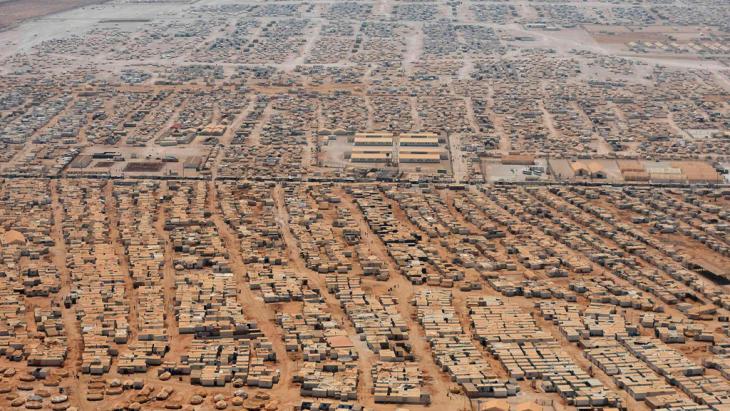 Growing humanitarian crisis: there are now more than six million Syrian refugees. Of this number, just under two million have been registered by the UN refugee agency. They have been given emergency accommodation in refugee camps such as this one, Zaatari, near the Jordanian city of Mafraq

Fourthly, the ones who are losing the most are the activists who have been involved since the very start. They are being worn down by the regime's bombs, the violence of the rebels, the catastrophic supply situation and the growing influence of radical Islamists.

Fifthly, the ones who are gaining the most are the foreign jihadists who are using Syria as a battleground, who want to impose their Stone Age version of Islam on the Syrians and implement their plan of setting up a regional theocracy, all of which has absolutely nothing to do with the objectives of the Syrian revolution. 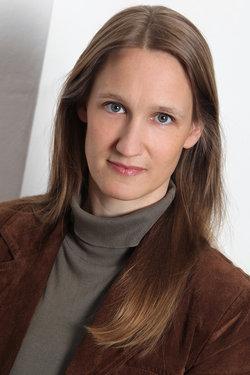 "Instead of keeping its involvement at the lowest possible level, the West should at last nail its colours to the mast," writes Kristin Helberg

We in the West gratefully use these five reasons to avoid really getting involved in Syria. A bit of food and medicine here; a few first aid kits, smartphone cameras and Kalashnikovs there ... and now, the German government has agreed to let 5,000 (!) of the six million (!) Syrian refugees into the country while the USA and its allies fire off a few cruise missiles. And already our bad conscience is eased.

The only problem is that it is exactly this half-hearted involvement that is fanning the flames of the conflict: all parties are getting just enough help from outside to continue fighting, but not enough to secure a victory.

For quite some time now, the Syrians themselves have not been deciding the course of this war, let alone being able to end it through their own efforts. Syria has become the scene of a regional and international surrogate war, a war that will not end with the victory of one party and the defeat of the other; there are far too many players with different interests involved for that to happen. No, like most bloody conflicts, the Syrian conflict will eventually end at the negotiating table.

It is only when the refugee crisis, bomb attacks, rocket attacks, and poison gas have truly horrified the entire region and it is only when from Jerusalem to Tehran, from Ankara to Riyadh, and from Moscow to Washington, everyone fears for his or her own stability and safety that the urgency of negotiations and the willingness to compromise will suffice to find a political solution to the Syrian crisis. Until then, every call for talks will do no more than gain more time for more killing and ease the consciences of those making the calls.

This is why instead of keeping its involvement at the lowest possible level, the West should at last nail its colours to the mast. All over Syria, there are people who dream of living in a democratic country. Thousands of activists are working desperately to make this vision a reality. Wherever foreign jihadists take control, people take to the streets to protest against their radical ideas and methodology.

Why are we abandoning these people? Why do we insist on flatly accusing the Syrians of wanting to set up a caliphate and banish minorities? Radical ideas are spreading because the radicals have the upper hand militarily, while moderate rebels within the Free Syrian Army are getting too little support.

But what is to be done? The best thing to do would be to do what we really want to do, namely to protect citizens by imposing no-fly zones in the north and south of the country and to give the activists and the rebels everything they need to secure a victory over the regime and to confront the radical jihadists. 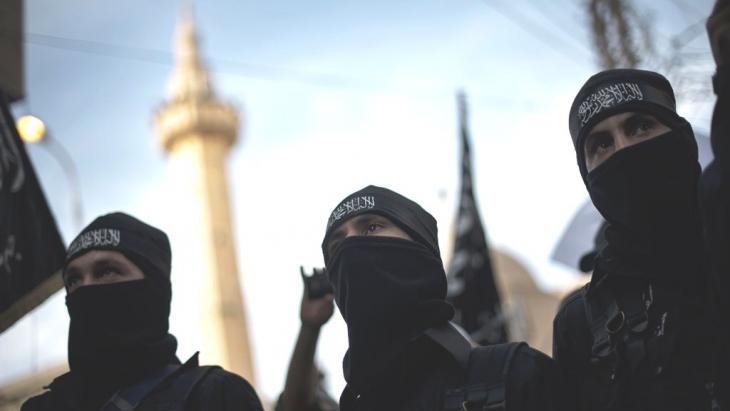 Hamza Brigade fighters: the conflict in Syria has been an internationalised civil war for quite some time now. Various radical groups are fighting to set up an Islamic state in Syria. It is not only a case of Syrian rebels fighting the state army; al-Qaeda units, Hezbollah, and other, local religious groups are also involved

But we can't be sure that the weapons won't fall into the wrong hands! True, but the risk is justifiable in view of the alternative: a disintegrating state that al-Qaeda would use as a retreat.

The imposition of no-fly zones is costly, unpopular, risky and without a UN mandate, would not be backed up by international law. Nevertheless, it is the closest to what we want to happen in Syria. The zones would protect civilians from the regime's bombs, would provide safe refuge for the internally displaced, would allow refugees to return home – thereby easing the pressure on neighbouring countries – and would give Assad's opponents the opportunity to combine military resistance and political opposition and to link the two more effectively.

We have kept out of Syria as best we could for two-and-a-half years. In humanitarian, political and geostrategic terms, the results of our inaction have been catastrophic. We now need the courage to get more involved at all levels in order to ensure that the original dream of freedom and self-determination in Syria does not end up as a vicious circle of killing.

Kristin Helberg is a journalist who worked as a freelance correspondent in Damascus from 2001 to 2009. Her book Brennpunkt Syrien. Einblick in ein verschlossenes Land (Syria: Insights into a Closed Country) was published in September 2012 by Herder Verlag, Germany.

Millions in Idlib depend on aid coming through a northern border crossing. On 10 July, the UN Security Council votes whether to keep it open. The decision may hinge not only on ... END_OF_DOCUMENT_TOKEN_TO_BE_REPLACED

For a century, the Kurds and other minorities in Turkey have been subject to state repression. With his dissertation "The Kurdish Question in Turkey", political analyst Ismail ... END_OF_DOCUMENT_TOKEN_TO_BE_REPLACED

Syria, Egypt, Saudi Arabia and the UAE are among those countries increasingly misusing cybercrime legislation to silence dissent and curb freedom of speech. Could a new global ... END_OF_DOCUMENT_TOKEN_TO_BE_REPLACED

A new exhibition, "Syria – Against Forgetting", at Cologne’s Rautenstrauch-Joest-Museum focuses on Syria's artistic and cultural heritage and pays tribute to the country before ... END_OF_DOCUMENT_TOKEN_TO_BE_REPLACED

This year’s Morgenland Festival opened with the premiere of Kinan Azmeh’s musical theatre piece, “Songs for Days to Come”, based on fifteen poems by contemporary Syrian poets. ... END_OF_DOCUMENT_TOKEN_TO_BE_REPLACED

Longlisted for the 2020 International Prize for Arabic Fiction and now available in German translation, Khaled Khalifa’s novel “No One Prayed Over Their Graves” details lives and ... END_OF_DOCUMENT_TOKEN_TO_BE_REPLACED

Comments for this article: The Time to Act is Now

Kristin Helberg is couragious, very opinionated and she has a point

END_OF_DOCUMENT_TOKEN_TO_BE_REPLACED
Social media
and networks
Subscribe to our
newsletter