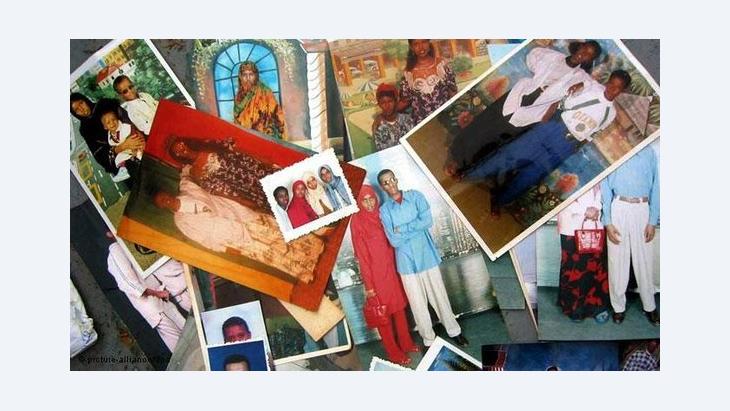 Clandestine Migration from Tunisia
Flight of the Hopeless

In view of Tunisia's persistent economic crisis and high jobless rate, also in the wake of the Jasmine Revolution, many young Tunisians are tempted to turn their backs on their homeland and seek their fortunes in Europe. This gives greater weight to projects aimed at improving prospects for the younger generation and persuading them to abandon plans to cross the Mediterranean. By Beat Stauffer

﻿Nabil Ben Abdesselem runs a small grocery shop in a suburb of Zarzis. The 30-year-old man with the friendly face and the full beard has a very special story: He's one of the "harraga", the young men who, following the flight of Ben Ali and the subsequent confusion, seized the opportunity to venture out into the big wide world: to Lampedusa, Sicily, Milan and Paris.

Nabil lodged with his brother for a few weeks. But then he realized how difficult life is in France for migrants from the Maghreb. And not just for them: Once even an unemployed European begged him for money.

When Nabil heard about a programme for returnees, he registered at the French Office of Immigration and Integration. He received 3,000 Euros, an air ticket to Tunisia and a guarantee of financial assistance should he realise a project back home.

And this is exactly what he has done. In an outlying district of the southern Tunisian town of Zarzis, not far from the Libyan border, Nabil was able to rent a garage and quickly turn it into a small grocery store. He was supported in his endeavours by the "Association of Sustainable Development and International Cooperation" (ADDCI), a local NGO that's existed for some 10 years.

"For me, this is a project for life" 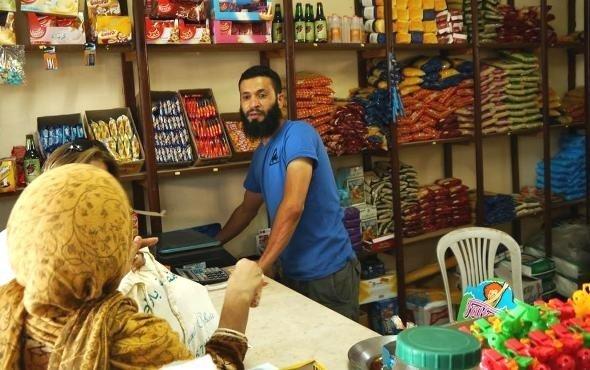 Setting out for new frontiers: After returning from Europe, Nabil Ben Abdesselem set up a small grocery store and is now largely able to earn his own living

​​The little shop now has a loyal customer base, enabling Nabil to earn his own living to a great extent. "For me, this is a project for life," says the young man who, after leaving school without any qualifications, took on casual jobs in different sectors for almost 10 years without ever finding a permanent position. Nabil would be only too happy to pass on what he has learned from his tough experiences to the young men who hang around the cafés of Zarzis dreaming of a better life in Europe.

It would be very important to inform these young men of the risks of clandestine migration and also about the difficulties that await them in Europe should they succeed in making the dangerous journey across the sea. This is not just the view of politicians in Europe, who fear a further surge in the number of economic migrants from the south.

In Zarzis too, an increasing number of people think something urgent must now be done. The capsizing of a refugee boat off the coast of Lampedusa, an accident in which some 70 people lost their lives, has alarmed the Tunisian public and at the same time provided indisputable evidence this clandestine emigration continues almost unabated.

But it also became clear once again to what extent even official authorities are turning a blind eye when it comes to illegal migration to Europe. In a programme broadcast on Tunisian television, one of the 56 "harraga" rescued off the coast of Lampedusa said that the head of the Sfax coastguard had even wished them a pleasant journey.

This is probably no isolated case: In Zarzis too, several eyewitnesses confirm that official authorities are well aware of the clandestine emigration and often even receive money in exchange for looking the other way. The highly lucrative trafficking network continues to flourish – and everyone knows who's pulling the strings. 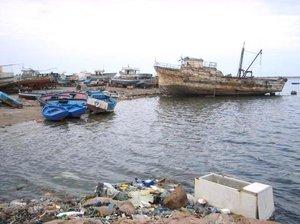 Gloomy prospects for young people in Zarzis: In view of high youth unemployment many view illegal migration over the Mediterranean as the only chance to make something of themselves

​​So it's hardly surprising that in practice, few steps are being taken to stem the flow of migrants and that barely any preventative work is being carried out. Granted, some time ago the ADCCI produced a film highlighting the dangers of this clandestine emigration. But as local people unanimously report, to this day almost no concrete education programmes are being run in high schools and youth clubs.

But this is exactly the point where several associations would like to step in. The organisation "Citizenship and Dignity", for example, which perceives itself as a kind of "council of elders", or the "Association for the Local Development of Zarzis". Both organisations say they aim to come up with a fundamental solution to this thorny issue.

The illusion of wealth and prosperity

But they are also well aware how difficult this is in a region where many perceive emigration as the only route to a dignified life and an appropriate income – in a town such as Zarzis where each summer, the young men who have earned money in Europe parade their new motorcycles, cars, mobile telephones and fashionable clothes as though offering proof of how life in Europe is so much better.

In Zarzis at least, it is evidently not easy to find serious partners for migration projects. After all the organisation ADCCI, which helps returnees realise their projects on behalf of the French state and arranges grants, is highly controversial in Zarzis due to a lack of transparency and also due to accusations of corruption in several cases.

In view of the persistently unstable and economically difficult situation in Tunisia, many young men are probably still very tempted to try and leave the country. The only thing that might prevent these young people from embarking upon a journey into uncertainty in the long term are convincing local projects that create jobs and ultimately convey hope for a better life.

Tourists have been returning to Tunisia, Egypt and Morocco. But, given the global uncertainty caused by the Ukraine war, will the comeback be enough to save a struggling sector, ... END_OF_DOCUMENT_TOKEN_TO_BE_REPLACED

By 2050, the Middle East and North Africa could be dealing with many more elderly people suffering from dementia. A lack of facilities, specialists and local knowledge means the ... END_OF_DOCUMENT_TOKEN_TO_BE_REPLACED

Tunisians are set to vote on a new constitution on 25 July. The prominent lawyer and women's rights activist Yosra Frawes fears the referendum could facilitate a return to ... END_OF_DOCUMENT_TOKEN_TO_BE_REPLACED

END_OF_DOCUMENT_TOKEN_TO_BE_REPLACED
Social media
and networks
Subscribe to our
newsletter