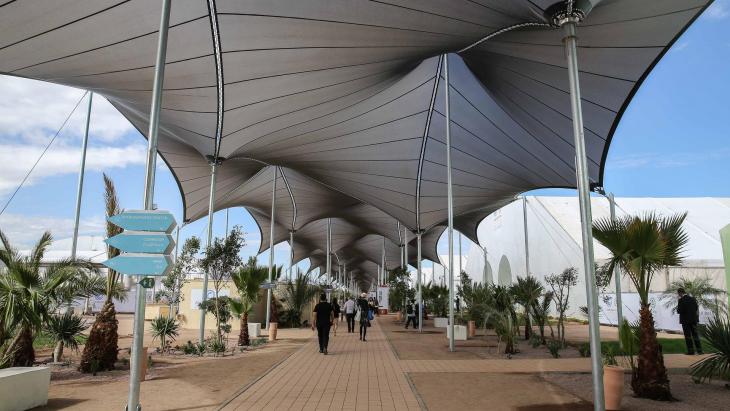 With this year's UN Climate Change Conference taking place in Marrakesh, more media attention is being paid to environmental activists and green issues in Morocco than ever before. But will this have a lasting impact on the collective awareness of environmental issues, environmental protection and climate change policy in this north African country? Martina Sabra reports

Mamoun Ghallab's telephone hasn't stopped ringing for months. In addition to his day job, the young political scientist and environmental advisor from Casablanca has been fielding a flood of questions from the press. Ghallab is a well-known member of Morocco's young yet growing civil society movement for environmental protection and sustainability. The movement is becoming more and more diverse, covering topics such as organic farming, green technology and social struggles for the right to land and water.

Mamoun Ghallab's focus areas are waste avoidance and climate protection. Inspired by the international Zero Waste movement, he began reducing packaging waste at his home in Casablanca in 2013. Today, he says, the packaging waste in his apartment is only five percent of what it used to be. ″I use shopping baskets, have a composting container on the balcony and make my own soap. Milk and medicine are the only things I buy packaged – for health reasons.″

Ghallab recorded his progress with the zero waste experiment on his blog, ZeroZbel (Moroccan Arabic for zero waste). ZeroZbel (www.zerozbel.ma) is also the name of a registered association founded in the spring of this year by Ghallab and Soukaina Aziz El Idrissi, an artist who is also very active in the environmental scene.

Zerozbel.ma aims to use innovative campaigns and formats to motivate Moroccans: ″We want people to be better informed and we want the government to make and enforce better environmental laws,″ says Ghallab. ″But we also want to show young people that change can only happen if they start making that change themselves. By taking individual action, everyone can help improve the general situation.″

Ghallab feels that the ban on plastic shopping bags, which came into force in Morocco on 1 July 2016, is an important step in this regard: ″Companies and citizens could have been better prepared, but generally speaking, the law is a good thing and is having an impact,″ he says.

The association ZeroZbel will also be present at the UN Climate Change Conference COP 22 in Marrakesh. Within the framework of a so-called 'Climate Open Zone' and with the support of the Rabat office of the German Green political foundation Heinrich-Boll-Stiftung, ZeroZbel will over the course of a week provide a platform for a wide variety of activities, ranging from recycling art to outdoor sport and from debates on environmental policy to concerts. ″We rely heavily on art as a medium. Art makes it possible to get messages across via the senses without coming across all preachy,″ says Ghallab.

'March for the climate'

In addition to ZeroZbel, numerous other alliances, NGOs and initiatives from across the country will be represented in Marrakesh, canvassing for their objectives at a number of locations around the city as part of the fringe programme. Together, the semi-official Alliance Marocaine pour le Climat et le Developpement Durable (Moroccan Alliance for Climate and Sustainable Development), which was launched in May 2015 with the support of the UN and the EU, the more independent Coalition Marocaine pour la Justice Climatique (Moroccan Coalition for Climate Justice, a coalition of over 150 networks, trade unions and associations founded in February 2016) and other players have called for an international climate march in Marrakesh on the afternoon of 13 November 2016. The Coalition pour la Justice Climatique is also organising so-called 'self-managed spaces' (espaces auto-geres) along the lines of those at the World Social Forums, for use by national and international environmental initiatives.

The official organisers of COP22 expect that about 2,500 NGOs from Morocco and all over the world, including about 300 from sub-Saharan countries in Africa, will use the 10,000 m² of available exhibition space for artistic activities, lectures and public debates. ″There have never been so many opportunities for exchange between Moroccan and international environmental NGOs,″ says a jubilant Umaima, a young activist from Ouarzazate in southern Morocco. ″COP22 and the preparations over the last two years have given the Moroccan environmental movement unprecedented visibility,″ says Mamoun Ghallab. ″All of a sudden we have almost barrier-free access to the media. Everyone wants to speak to us.″ 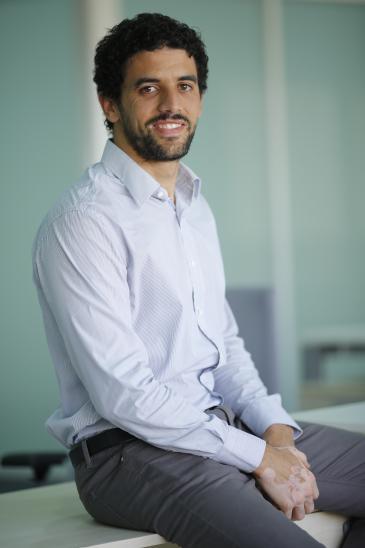 Motivating Moroccans with innovative campaigns and formats: "We want people to be better informed and we want the government to make and enforce better environmental laws,″ says Ghallab. ″But we also want to show young people that change can only happen if they start making that change themselves″

But the media hype surrounding COP22 aside, how is Morocco performing in terms of climate policy, the safeguarding of livelihoods and public participation? When it comes to global rankings of climate offenders, Morocco isn't doing too badly at all: its CO2 emissions are comparatively low.

However, because Morocco needs large amounts of energy to cool buildings, among other things, and because it imports 95 percent of its energy, interest in renewable energy is high anyway, quite apart from the issue of high CO2 emissions. For years, Morocco has been casting itself in the role of pioneer in the use of renewable energy on the African continent.

Nevertheless, the distribution of natural resources (land and water) and affluence is extremely uneven, citizens do not have a say and Morocco does not have the capacity to fund and use major solar power plants on its own. Because there is no real freedom of expression and press freedom, the media cannot openly highlight these shortcomings. There is also a lack of functioning legal mechanisms that would allow citizens to hold incompetent civil servants or environmental offenders to account.

This is why Ghassan Wail El Karmouni, journalist and expert for energy policy, is highly critical. Writing in a special edition of the magazine Perspectives on COP22, he says that the solar mega-plants in southern Morocco – both those that have already been built and those that are still at the planning stage – are using precious water that will not be available to the local population in the long term. The committed journalist also points out that Morocco needs to take out huge loans to install and operate the imported technology, concluding: ″We are moving from one dependency to another.″

Jawad Moustakbal, an engineer who is currently working at the SIT Graduate Institute in Vermont (USA), expresses his reservations even more bluntly: ″At COP22, we will see a lot of small NGOs hoping for funding from the state or from abroad (…) The state is doing all it can to keep these NGOs away from the major environmental problems that are considered politically sensitive and it will try to restrict their sphere of action to the collection of rubbish, the planting of trees, or the cleaning of beaches.″

Mamoun Ghallab from ZeroZbel is cautious about the long-term impact of COP22. ″I don't think that the international Climate Change Conference will live up to everyone's expectations. After all, for Morocco, it is first and foremost a diplomatic matter. It is about international visibility and showing the world that Morocco is a stable, reliable partner that can put on a major conference like this, even in a regional context that is sometimes quite difficult.″ Ghallab sums it up like this: Morocco would like to show that it is a strong economic partner and a great place to invest.

Nevertheless, he sees the conference as an opportunity that should not be passed up by environmental activists in Morocco: ″The path from zero waste to a reduction in CO2 emissions is a straight one. Almost all plastic waste is made from petroleum by-products. Large amounts of CO2 are generated when such plastic waste is produced and, above all, when it is burned. Once you start, the ball just keeps on rolling. We have an opportunity here to explain the connections to a large number of people,″ says Ghallab, drawing attention to three brand new videos.

″For the first time ever, we are explaining climate change clearly in the language spoken by Moroccans on a daily basis: Moroccan Arabic,″ he adds. Ghallab is convinced that there will be a post-COP effect. ″It is possible that environmental themes will not get as much coverage in the Moroccan media after the UN Climate Change Conference,″ he says. ″But we will keep at it.″

Even in times of war and pandemic, refugees are still being deported to Afghanistan. Several deportation flights have taken place in recent weeks alone. Since those affected often ... END_OF_DOCUMENT_TOKEN_TO_BE_REPLACED

Surging coronavirus cases in many parts of the world have overshadowed the start of this year's Muslim holy month of Ramadan, with festivities once again curtailed by contagion ... END_OF_DOCUMENT_TOKEN_TO_BE_REPLACED

German Middle East analyst Guido Steinberg and television journalist Ulrich Tilgner have both published new books on the conflicts in the Middle East. Their analyses and their ... END_OF_DOCUMENT_TOKEN_TO_BE_REPLACED

On 27 March, Iran and China signed a 25-year accord intended to foster "strategic co-operation". Despite ongoing uncertainty over the deal's actual scope, content and chances of ... END_OF_DOCUMENT_TOKEN_TO_BE_REPLACED

END_OF_DOCUMENT_TOKEN_TO_BE_REPLACED
Social media
and networks
Subscribe to our
newsletter