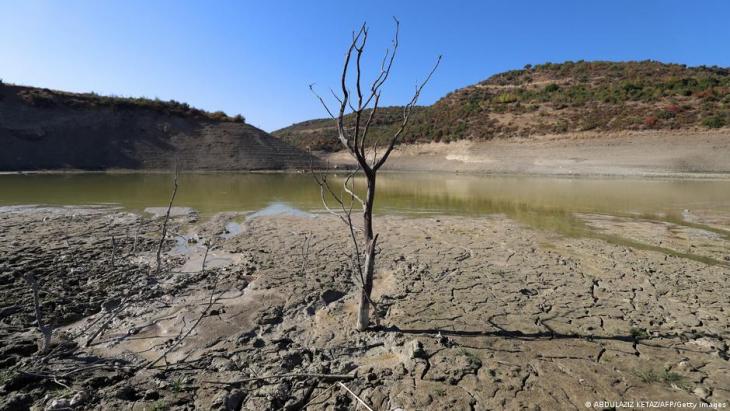 Climate crisis and over-population
The Arab world has no answers

As challenges such as population growth and the end of the fossil fuel era loom large, not a single Arab regime is in a position to meet them. It is now incumbent upon Europe to encourage a response. Commentary by Rainer Hermann

The overdue transformation of the Arab world from autocratic regimes into systems with participation and the rule of law won't just happen in a matter of months, but over a generation. Unsurprisingly, individual cases of progress have suffered a relapse, just as recently in Tunisia and Sudan. In Tunisia, where the only successful revolution of the year 2011 was able to hold its ground for a decade, the president has suspended parliament and ousted the cabinet to govern alone.

In Sudan, the head of the military booted out the civilians who had protested throughout 2019 and finally secured their place in a power-sharing government. The coup was not unexpected. In November 2021, the army chief was due to hand over chairmanship of the transitional council to the civilian prime minister. For the first time in decades, the government would have been led by a civilian. The armed forces are also resisting change in other nations.

In Egypt, the regime of general-turned-president Abdul Fattah al-Sisi has created the most brutal police state in the country’s modern history; in Algeria, more and more frustrated young people are boarding boats to Europe, because after a hopeful but brief period of opening, the army is once again shutting down the process of change; and in Syria, ruler Assad has succeeded in re-subjugating the populace thanks to help from Russia and Iran.

In most Arab nations outside the Gulf monarchies, the armed forces are decisively in charge.  For decades they enjoyed a high status – as heroes and guarantors of independence, equally as an institution that facilitated social mobility and societal advancement. Today, however, they are more like a self-contained box defending their sinecures and dictating the politics of the nation.

For older people, the legitimation that followed on from independence wars may still count for something.  But younger people want jobs; and the armed forces’ economic model, which doesn’t allow for fair competition, can’t produce enough of those. Consequently, one in every two young Arabs is without work. And as the military continues to believe that all problems can be solved on the chief of staff’s drawing board, they will be in even less of a position to meet the big challenges rumbling towards the Arab world. 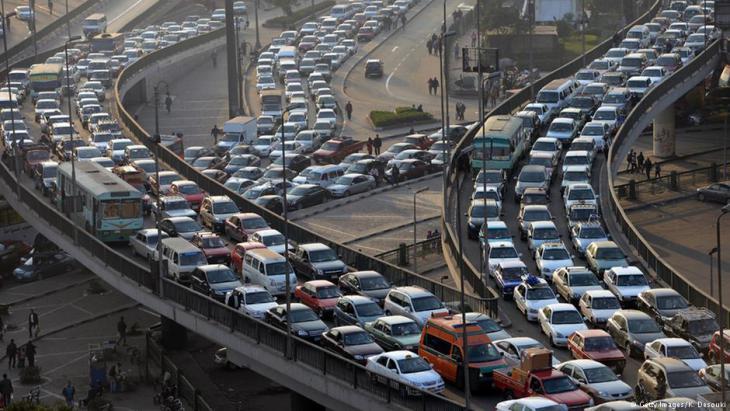 Traffic chaos in the megacity of Cairo: "There are no signs anywhere that a regime has any kind of programme to proactively stem the impact of dramatic population growth," writes Rainer Hermann. "By the year 2050, according to United Nations’ projections, the population of the 22 nations that make up the Arab world will have increased by double the current population of Germany. At present it is growing at a rate of eight million every year. Schools, homes and jobs must be created for these people, something that isn’t even remotely happening, thus paving the way for more large-scale protests"

Firstly, there are no signs anywhere that a regime has any kind of programme to proactively stem the impact of dramatic population growth. By the year 2050, according to United Nations’ projections, the population of the 22 nations that make up the Arab world will have increased by double the current population of Germany. At present it is growing at a rate of eight million every year. Schools, homes and jobs must be created for these people, something that isn’t even remotely happening, thus paving the way for more large-scale protests.

Secondly, no other region will be harder hit by climate change than the Arab world. Temperatures there are set to rise by twice the global average. There will be even more extremely hot days and even less rainfall in the most arid regions, resulting in even less agricultural production, although population levels are soaring. The Tigris and Euphrates are carrying less water than ever, and if Mediterranean Sea levels rise, the Egyptian Nile Delta will be flooded. Half of the Egyptian population lives there. The latest unrest in Iran was triggered by water scarcity. Essentially, the impending end of the fossil fuel era is bringing immense changes to the Arab world.

The oil-producing nations are already scaling back their social welfare systems and diversifying their economies, though arguably too late. They need the jobs for their own population and are sending guest labourers back to their home countries, where they in turn are swelling the ranks of the jobless.

The Arab states, as they are being governed today, have no response to any of these challenges. The exceptions are, with some reservations, the Gulf monarchies; these are pursuing (over-) ambitious "Visions 2030" in a bid to overhaul their economies. To protect themselves from their own desperate populations, the military republics on the other hand are barricading themselves into their fortresses.

In view of the dangers associated with these three challenges, the Arab world is looking to Europe for guidance. In the best interests of Europe, rulers in the Arab region cannot be allowed to just carry on as before. The United States has withdrawn, not totally, but to a large extent from the Middle East.

That leaves Europe with the job of convincing those in power of the necessity for change with intelligent incentives, or of punishing them with sanctions or the withholding of political courtesies for their inaction. The clock is ticking. The Arab world cannot afford too many relapses like those that occurred most recently in Tunisia and Sudan.

Sultana Khaya, 41, has been peacefully resisting the Moroccan occupation of Western Sahara for many years. Because of her campaign to assert the self-determination of the Sahrawi ... END_OF_DOCUMENT_TOKEN_TO_BE_REPLACED

Since Spain abandoned its traditional neutrality towards the conflict in Western Sahara, Morocco has announced a "new phase" in relations between the two countries. But what is ... END_OF_DOCUMENT_TOKEN_TO_BE_REPLACED

An increasing number of government ministries in Algeria are announcing they will abandon French in future. They may be reacting to the mood among the population, but the move is ... END_OF_DOCUMENT_TOKEN_TO_BE_REPLACED

Russia's ranking on the World Press Freedom Index has fallen again over the Kremlin's wartime censorship of the Ukraine conflict. From Myanmar to Mexico, journalists continue to ... END_OF_DOCUMENT_TOKEN_TO_BE_REPLACED

"Aboogi", on the City Slang label, is the latest release from Imarhan. Hailing from southern Algeria, Imarhan are one of the many bands that have emerged from the Tameshek ... END_OF_DOCUMENT_TOKEN_TO_BE_REPLACED

END_OF_DOCUMENT_TOKEN_TO_BE_REPLACED
Social media
and networks
Subscribe to our
newsletter