He and his many helpers realise their work is just a drop in the ocean. "But eventually, a lot of little steps will bring big progress," he says confidently. The canal alone, on the banks of which Abu Utaf's trees now grow, has become cleaner. It is now regularly cleaned by the local council, and the sewage that still flows into Basra's canals due to the lack of a sewage treatment plant no longer stinks as much as it used to. Abu Utaf believes the trees play a role.

He points to his favourite tree species, the neem, which comes from India and is growing magnificently in Basra. "You'd think nothing would grow here with all the pollution. Heavy metals, lead, everything imaginable is in the air, soil and water - in the highest concentrations." It is a miracle that anything thrives there.

Basra was particularly badly affected by the eight-year war against Iran from 1980 to 1988. The damage continues to have an impact today. Millions of trees were felled at the Shatt al-Arab to enable the Iraqi army to have a clear view of the enemy on the other side. Hundreds of thousands more fell victim to the fighting. "Imagine," says Abu Utaf knowledgeably, "there used to be palm forests around Basra." Now there is only desert.

Then came the Second and Third Gulf Wars and the Americans with uranium weapons, which were also used on Basra. The consequences are still visible today in the hospitals, where deformed babies are still being born. "But the worst polluter," says Abu Utaf, "is the oil industry." What gets into the ground and the atmosphere during extraction will pollute the environment for decades to come. "Please write that," the agricultural engineer adds, "because it never gets mentioned." 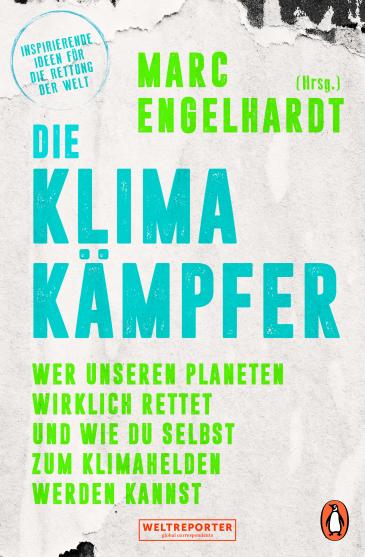 With Obama to Baghdad

We drive a black Chrysler from Basra 550 kilometres to Baghdad. "Actually, it's racist," Hussein answers somewhat ashamedly when asked why his car is popularly called "Obama". In the meantime, the fat limousines are also painted yellow and white and drive in droves on the motorway between Iraq's largest and second-largest city. You don't see black ones so often any more. But the name "Obama" has stuck, even beyond the term of the first black president of the USA. Order a car from a rental service and you'll be asked: "Obama or GMC?"

Three hours of desert everywhere you look. Briefly interrupted by flare stacks, the gas shooting into the sky as oil is extracted. The Iraqi government has only recently awarded contracts to international companies to collect and process this gas.

But in most oil fields it is still simply burnt off. What remains in the ground and in the groundwater cannot be seen from the road and the extraction companies are reticent about providing information.

It stretches for kilometres on both sides of the highway north and south, into Kuwait. Rumaila served as Saddam Hussein's justification for invading Kuwait in 1990. He accused the emirate of illegally extracting oil from the field.

The result was the Second Gulf War with Operation Desert Storm – a U.S.-led alliance that drove the Iraqi army out of Kuwait. Suddenly, a battlefield appears on the left side of the road with rusted military vehicles, burnt-out tankers, broken doors of Humvees, steering wheels and hubcaps. This is where the Americans came in 1991 when they drove the Iraqis out of Kuwait, says driver Hussein. Actually, they wanted to overthrow Saddam Hussein even then. But the Arab allies of the coalition for the liberation of Kuwait did not cooperate. Bush senior ordered the retreat. The last battle took place in the middle of the desert – 250 kilometres from Baghdad.

Things begin to get greener around Babylon. Traders stand on the side of the motorway and sell straight from the fields. Tomatoes, fresh garlic, onions, cucumbers, okra, melons, oranges, lemons. In Salman Pak, 25 kilometres outside Baghdad, the Millions of Trees Association planted a contiguous forest in April 2019, the association's first major project. The town is located near a peninsula formed by a wide eastern bend of the Tigris River. Ideal conditions for the Paulownia trees that have been planted there. The tree grows quickly and prefers moderately dry soils.

A warm, wind-protected location is also important. Muwafaq Mubareka got the seeds from Romania and tested them together with his cousin Ali in his tree nursery, like all the trees the association gives out. Sapling after sapling is lined up over ten thousand square metres, tiny trees that have found their way from all over the world to Baghdad's southernmost district of Safaranija. "Everyone brings something," says Mubareka, explaining the workings of the association, which is well connected on social media and has up to 4,000 permanent followers. "And we are waiting to see if it is going to grow any further". The results of their research are published on the Internet as a guide to planting, detailing which plants thrive best where.

The thousands of saplings are irrigated by the Tigris River or the well they have drilled themselves. The two permanent staff members are financed by donations and membership fees. In the past, orange plantations stood on the nursery's property, but now trees from all over the world grow here. Muwafaq and his cousin Ali have no shortage of water at the moment. In spring 2021, the Tigris has more water than it has had for a long time. "A positive effect of climate change," says forester Mubareka, commenting on the surprising development.

Turkey and Iran, which feed the Tigris, have seen heavy flooding and the water is now arriving in Iraq. Muwafaq is happy that more crops can now be grown again. The summer, however, will be extremely hot. For weeks, the thermometer will be at 50 degrees and above. Water levels will drop dramatically, drought conditions spread.

In January 2004, the forestry worker returned to Iraq after over 30 years to see his family again, "or what was left of them". He stayed only a few weeks. "I was shocked." When he left Iraq to study in the early 1970s, the economy was booming, oil was creating wealth for the people and the dinar was worth three U.S. dollars. When he returned, he found barbed wire everywhere, concrete walls, bullet holes from three wars, bombed buildings, rubble - and one U.S. dollar bought 1,200 dinars.

"To me, Baghdad was like a bride in a very dirty dress," Mubareka recalls his first reaction. "I had to clean it." However, it was to be another five years before the Iraqi took the final step from Canada back to his homeland "to give something back to my country". His wife and three grown-up daughters decided to stay.

In the beginning, his association only planted trees in the cities - in Baghdad, Basra, Najaf, Karbala, but also Ramadi and Fallujah, which were severely affected by the terror of IS. But the timber expert actually wants to plant forests. Forests are the green lungs of the planet. Trees extract carbon dioxide from the atmosphere as they grow and release oxygen.

Forests are therefore gigantic carbon dioxide reservoirs. Exactly how much they store depends on the tree species and local conditions. The reforestation of Salman Pak in the south of Baghdad was supposed to be just the beginning, a trial run, so to speak. It is not easy to find out what grows best where. Iraq is so complex. Deserts in the south, mountains and snow in the north. Mubareka knows you have to be specific. Here, too, his problem is the Iraqi authorities. There is not one forester in the forestry department of the Ministry of Agriculture. "Just pen pushers."

But Mubareka is not giving up. His next goal is to plant a hundred-hectare forest: "That's it!" He already knows where, too. In northern Iraq, in Kirkuk province. "There is a forest there near the village of Dibis that was almost completely destroyed by the fierce fighting between the Iraqi security forces, the Kurdish Peshmerga fighters and IS."

The terrorist militia left scorched earth as they retreated, many trees were engulfed in flames and burnt to a cinder. A devastating picture, like an inferno, presented itself to Muwafaq when he went there to see it a few months after IS was defeated. A 50-year-old eucalyptus tree survived the fighting, 1.20 metres in diameter, "beautiful". Mubareka had his picture taken in front of this one surviving specimen, full of admiration, and has been posting the photo like a business card ever since.

The text is an excerpt from a book showcasing people who are committed to climate protection all over the world. Reporters have located, visited and accompanied these secret heroines and heroes around the globe. "Die Klimakämpfer: Wer unseren Planeten wirklich rettet und wie du selbst zum Klimahelden werden kannst", edited by Marc Engelhardt, was published in German by Penguin on 9 November 2021.

With authoritarianism once more gaining ground in the Middle East and North Africa, the European Council on Foreign Relations explores how European diplomats can be more effective ... END_OF_DOCUMENT_TOKEN_TO_BE_REPLACED

Right up until his death, Allameh Tabatabai dedicated himself to the revival of Shia Islam’s intellectual traditions. But few in the West have even heard of this exceptional ... END_OF_DOCUMENT_TOKEN_TO_BE_REPLACED

The Taliban’s victory over the United States in Afghanistan will not only greatly embolden their fellow jihadists, but also shake up the region’s geopolitics. An Afghanistan- ... END_OF_DOCUMENT_TOKEN_TO_BE_REPLACED

The streaming festival "Female Voice of Afghanistan" by the Zeitgenössische Oper Berlin gives Afghan female musicians a global platform – at a time when their situation has ... END_OF_DOCUMENT_TOKEN_TO_BE_REPLACED

Iranian-German author and filmmaker Siba Shakib was born in Tehran. Her best-selling novels deal with themes of heritage and the past. She speaks to Qantara.de about her new novel ... END_OF_DOCUMENT_TOKEN_TO_BE_REPLACED
Author:
Birgit Svensson
Date:
Mail:
Send via mail

END_OF_DOCUMENT_TOKEN_TO_BE_REPLACED
Social media
and networks
Subscribe to our
newsletter