The new US president Barack Obama is fulfilling one of his election pledges: the Guantánamo prison camp is to be closed within one year. But it is still unclear what will happen to the prisoners. Sonja Ernst talked to Wolfgang S. Heinz from the German Institute for Human Rights about the issue 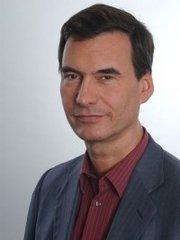 In view of the previous secrecy structures in Guantánamo, Heinz insists, cases must now be monitored by an independent government body or the judiciary

​​One of Obama's first acts in office was to suspend all trials against Guantánamo prisoners for 120 days. And he also announced the closure of the camp within the next year. How soon can we expect the process to start?

Wolfgang S. Heinz: We'll have to wait and see how fast the teams of legal experts get on with studying the pending cases – around 245 of them. There are also considerable differences of opinion within the US government over how exactly to proceed: who to indict, who can return home, for which prisoners is a third host country necessary because of the risk of torture. So the closure won't be a simple case.

Among the estimated 245 prisoners are about 50 who are considered innocent. Some of them are at risk of persecution and torture in their home countries. What will happen to these people?

Heinz: The question is, if the USA doesn't consider these 50 prisoners dangerous, why don't they let them stay in America? Unless they think that the years of imprisonment under very poor conditions mean they are now a threat to security. And in that case they would have to explain why they want to thrust these former inmates on other countries.

The new government has a lot to explain, and it can only do so by looking at the cases and talking to the prisoners.

Is it not time for the EU member states to show responsibility and take in the innocent prisoners? The subject is currently a matter of contention within the European Union and Germany.

Heinz: I think we'll have to wait and see how the individual cases are judged by the US government. What I'd like to see is the flexibility and willingness on the part of Germany and the other European states to take in prisoners from Guantánamo. But only if and when – and I think this is very important – it becomes absolutely clear that Guantánamo would then close down for good.

What we can't put up with is if prisoners are taken in here in Europe on the one hand, and on the other hand Guantánamo or some other form of "Guantánamo light" on the mainland is continued. Otherwise we would be partly responsible for the problem to a certain extent, by taking the pressure off the USA if another, lighter system of preventive custody, which nevertheless remains unlawful, continues to exist.

What exactly is behind such a "Guantánamo light", a Guantánamo on the mainland, as some people fear may come about?

Heinz: There is a discussion in the USA that is being pushed mainly by voices from around the Pentagon. The argument is: we can't sentence the prisoners before federal courts because we don't have sufficient evidence. But we don't want them to be acquitted and then join the terrorists. So we should set up a system of preventive custody. 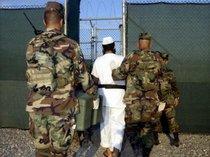 In May 2005, US military investigators first admitted there had been instances of maltreatment in the Guantánamo camp

​​Preventive custody means: I have indications that someone presents a threat but there isn't enough evidence for a conviction. So I detain the person for a certain period, perhaps even a long period. In this situation, it's not a court that's responsible but the government. The discussion on preventive custody is still ongoing, but the proponents are gaining ground.

How many prisoners are we talking about who are considered a threat? The number going round is 100. Is that figure correct? And how many of the inmates are really from the top level of Al Qaeda or the Taliban?

Heinz: As far as I know there are no precise figures on how many of the prisoners are part of the top ranks of Al Qaeda. That's down to the fact that the US government hasn't issued any sensible information for many years. The basis of the Guantánamo system is secrecy.

One of the few studies on the subject is a report written in 2006 by the American legal experts Mark and Joshua Denbeaux. The used documents from the US Department of Defense to produce their study "Report on Guantánamo Detainees: a Profile of 517 detainees", with two key findings: only five percent of the prisoners were arrested by the US military.

86 percent were passed on by other forces, for example by Pakistan or the Northern Alliance in Afghanistan. And that was at a time when there was a lot of bounty money changing hands for members or suspected members of Al Qaeda and the Taliban. 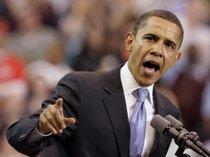 Obama ordered an initial 120-day suspension of the military trials against the terrorist suspects in Guantánamo. He has also announced the camp's closure within the next year

​​They also found that only eight percent were characterised as "fighters", another 30 percent as "members" of the groups defined as terrorists by the USA, and around 60 percent were merely "associated" with such groups. There is good reason to doubt whether these inmates really are "the worst of the worst", as Defense Secretary Rumsfeld called them.

You mentioned secrecy as the basic structure behind Guantánamo. The argument we've heard is that the US government can't reveal all the evidence in court because that would expose secret service structures. How can the trials be held now?

Heinz: I hope that the Obama government will start out by creating a minimum of transparency. And that they'll listen to both sides − actually standard procedure for a constitutional state: those who are issuing the accusations, essentially the responsible military prosecutors at Guantánamo, the prisoners' lawyers and of course the detainees themselves.

And the cases have to be monitored by an independent government body or the judiciary. I say that because a great deal of the information issued over the past few years by the Bush administration was false and misleading. The government says it hasn't used torture. Of course they used torture, in a large number of cases.

The government says it isn't doing anything unlawful because the legal experts had approved it all. Of course there are all sorts of doubts over whether the way the prisoners are treated conforms with US law, not to mention the USA's obligations under international law, for example under the UN anti-torture convention.

Heinz: It was an interpretation of the Bush administration, made by the president himself in February 2002, that said that terrorists are not prisoners of war. The majority of international law specialists reject this construal.

There is a very clear legal status for every individual in an armed conflict according to international humanitarian law: either I term someone a soldier, and then they become a prisoner of war if they fall into enemy hands and are protected by the Geneva Convention. Or someone is a civilian and then subject to protection obligations for the civilian population. If there is any doubt, an independent committee in the country itself has to judge the case.

​​In the case of the prisoners at Guantánamo or other prisoners like those held in Bagram in Afghanistan, the Bush administration invented a third category, the so-called “enemy combatants”, in order to detain these individuals without legal protection. In order to interrogate them in a form that contravenes both the UN anti-torture agreement and US legislation.

Aside from this, interested parties in the US are covering up the fact that the normal justice system does actually work when it comes to combating terrorism, of course: more than 100 international terrorism cases have been successfully dealt with by US courts since 1993.

Last year saw the sixtieth anniversary of the Universal Declaration of Human Rights. In Guantánamo, a democratic state has created an unlegislated area: what effects does Guantánamo have on international human rights?

By undermining even fundamental human rights, the USA has provided a whole load of arguments for many authoritarian states, which have argued similarly on the necessity of emergency and exceptional measures for years. These states now feel it is absolutely legitimate to continue violating human rights, as long as it's in the name of the war on terrorism, or is presented as such.

This policy has also had negative effects on collaboration with other western democracies. These states have had to ask themselves to what extent they can work with such a system under the Bush administration, for example passing on intelligence information on suspects. If I supply this information, which leads to torture as a consequence, that can be seen as part-responsibility.

I hope the closing report of the German parliamentary investigation committee on the Federal Intelligence Service in summer 2009 will provide insights into the German policy and practice in this area. This issue is key for the future, depending on which new practice of combating terrorism the Obama administration creates.

Dr. Wolfgang S. Heinz is a fellow at the German Institute for Human Rights in Berlin, which has published a number of studies on international anti-terrorism measures and human rights. His areas of interest include international and European security policy. Wolfgang Heinz also teaches political science at the Freie Universität Berlin, is a member of the European Council's anti-torture committee and the expert committee of the UN Human Rights Council.

The Closing of Guantanamo
Removing the Blot on America's Image
After seven years, the controversial US military prison at Guantanamo Bay is set to close. Not just the camp but the entire system which violates international law needs to disappear, says Daniel Scheschkewitz

Roger Willemsen's "Guantanamo Speaking"
Back to the Dark Ages: Open Season on Prisoners
In his book "Guantanamo Speaking", Roger Willemsen lets former inmates in the American prison camp have their say – creating a comprehensive document of an era stained by the perfidy of degrading interrogation techniques, humiliation and torture. By Martin Gerner

Murat Kurnaz, the "Bremen Taliban"
Inside Guantánamo
Murat Kurnaz, a Bremen-born Muslim living in Germany with a Turkish passport, spent five years in Guantánamo. After reading his recently published book, Julia Gerlach sums up that it is not Kurnaz that is a security risk – but the story he has chronicled

END_OF_DOCUMENT_TOKEN_TO_BE_REPLACED
Social media
and networks
Subscribe to our
newsletter