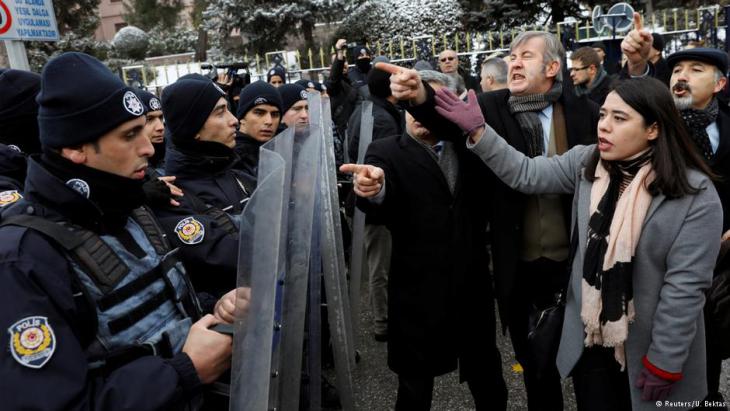 Closure of NGOs in Turkey

Forced to down tools

Civil society in Turkey has practically ground to a halt in Turkey since the state of emergency was declared last year. The work of many NGOs has been discontinued seemingly overnight. Many still don't even know why. Ceyda Nurtsch spoke to some of their representatives

Alaettin Altintas is the head of Yakay-Der, an association for people who have lost their relatives. Since 2001, the organisation has looked after families whose relatives were mostly detained and have since "disappeared", in particular in the 1980s in eastern Turkey.

Altintas remembers very well the night he found out that the activities of his association were being stopped. "Our telephone rang. The owner of the building in the Istanbul district of Fatih, where our office is situated, called us. He said the police had kicked in the door and stormed the office," he says.

On that night, 30 December 2016, the police seized everything and sealed the door. Eleven days later, a decree was issued to completely close down the association. "Since the state of emergency, the government has shut down any organisation it believes harbours connections with the Gulen movement. And many Kurdish organisations, political and cultural," says Altintas. His association is among these.

He goes on to say that he wasn't actually surprised by the night raid by the police. "If you live in this region, then you expect things like this. We know which way the wind is blowing, if you know what I mean," he says with a smile. His association is currently preparing to file a complaint with the constitutional court.  But he is not very hopeful of a positive outcome, he says. "In the legal history of our country, there have been few instances when decisions have been taken for the benefit of the people."

Like Yakay-Der, following the thwarted coup attempt of July 2016 the activities of some 1,500 NGOs were initially discontinued and then closed by decree – among them foundations, educational institutions, health centres, social, cultural and sports associations, as well as number of media companies and trade unions. 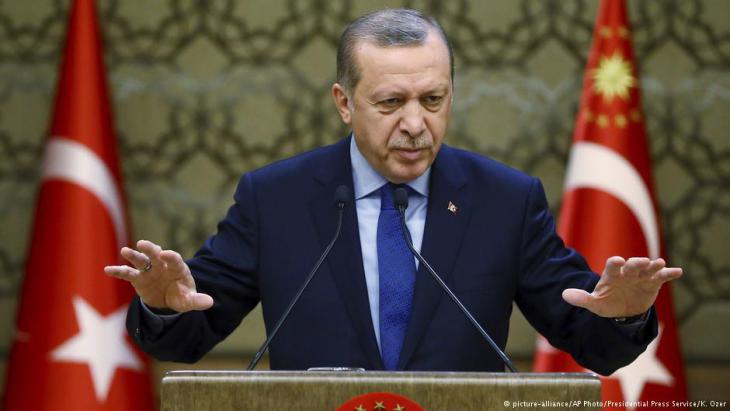 Full steam ahead: the state of emergency which was declared following the attempted coup on 15 July has given far more power to President Erdogan. Since then he has used his right to issue emergency decrees to stifle any remaining opposition. With a presidential system of government, Erdogan would continue to enjoy such powers, state of emergency or otherwise

Some of these organisations still have no idea why. The children's rights association Gundem Cocuk Dernegi, for example. "We discovered that we had been shut down on social media," recalls the head of the organisation Emrah Kirimsoy. Eleven days later, she discovered that her association had been shut down completely – again via social media. She and her colleagues were told that they had links to terror organisations or people who were a threat to national security.

For years, the association has been committed to protecting children from abuse. As a signatory of the 1989 UN Convention of the Rights of the Child, Turkey is obliged to safeguard minors from physical and emotional abuse. Following the closure of this association, employees now fear that children's safety is under threat. But the Turkish Ministry of Family and Social Policy regards the closure as a necessary element of the legal process.

"We, who are against any kind of violence, are being portrayed as criminals. We cannot accept that. The authorities should actually listen to us and prevent the abuse of children," says Kirimsoy. She has been fighting with passion and zeal to get the association reopened ever since.

While existing associations grapple with the prospect of closure on a daily basis and have taken the necessary precautions, there has been some public protest. For example, some 50 women's organisations released a joint statement condemning the closure of other women's groups such as Vakad in the city of Van, whose director Zozan Ozgokce was questioned but then released. 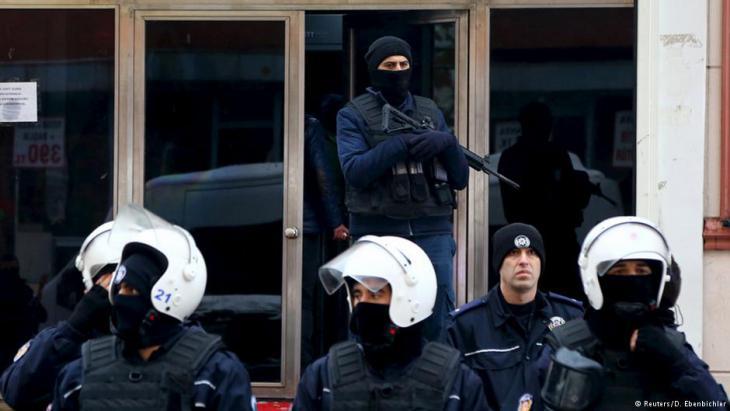 Cause for concern: following the thwarted coup attempt of July 2016 the activities of some 1,500 NGOs were initially discontinued and then closed by governmental decree – among them

In November 2016 too, there were clashes in several towns and cities between members of the Progressive Lawyers Association CHD (Cagdas Hukukcular Dernegi) and the police, during which several lawyers were detained. The lawyers are unanimous in their view that the closure of the NGOs is taking place without a court ruling and without any legal foundation.

Guray Dag is head of the Istanbul office of the CHD, which was also closed down following the 1980 military coup. "On 11 November 2016, the activities of our association were simultaneously halted in several towns and cities. The basis for this is the state of emergency, which empowers the governors to decommission the activities of associations for three months," says Dag. But his association was then completely shut down two weeks later.

″No more justice in this country″

"This measure is without any legal foundation. Because the state of emergency regulations only apply within this time period. The closures are illegal," he continues and adds that the CHD will leave no legal stone unturned in its bid to reverse the move.

This is a prerequisite for any application to the European Court of Human Rights. But the government has placed a new hurdle in its path, by setting up a commission to examine any objections to the closures. "They want to block our route to the ECHR. There is no more justice in this country. People are under pressure. In attempts to avoid being connected in any way with the Gulen movement, many are more papal than the Pope."

He is adamant that his association will not give up. "We don't need an office to continue our work," says Dag. "The CHD continues to monitor cases and provide legal support." Dag also takes an optimistic view of the referendum on constitutional reform scheduled for April, aimed at changing the parliamentary system into a presidential one. "I think all this resistance is putting the brakes on the government. There is one reason why the constitutional reform package passed through parliament so slowly, until it was presented to the President. It's a bid to win time. All that gives me hope."

Home
Print
Newsletter
More on this topic
The achievements of Erdogan: With me or against meTurkey′s media crackdown: No freedom. No press.Press freedom in Turkey: Writing in a state of fear
Related Topics
Democracy and civil society, Human rights, Recep Tayyip Erdogan, Women in the Islamic world, Women in Turkey
All Topics

The USA and NATO plan to withdraw from Afghanistan by September. The operation is risky, the outcome uncertain. Many Afghans fear civil war. The quake on the Hindu Kush will also ... END_OF_DOCUMENT_TOKEN_TO_BE_REPLACED

The neo-Ottomanism propagated by Erdogan has long been more than rhetoric and symbolic politics. This can be seen from recent developments in parts of northern Syria, where Turkey ... END_OF_DOCUMENT_TOKEN_TO_BE_REPLACED

Televised Turkish dramas are all the rage in the Middle East. A young Ottoman TV Empire has been expanding its soft power by harnessing regional dialects, Arabic names and viewers ... END_OF_DOCUMENT_TOKEN_TO_BE_REPLACED

Researchers agree that climate change alone cannot be blamed for the outbreak of war in Syria in 2011. However, neither can it be ignored as a reason this once blossoming country ... END_OF_DOCUMENT_TOKEN_TO_BE_REPLACED

The Sufi Trail is a long-distance hiking route from Istanbul to Konya that seeks to revive the ancient tracks used by foot pilgrims on their way to Mecca. Marian Brehmer spoke to ... END_OF_DOCUMENT_TOKEN_TO_BE_REPLACED
Author:
Ceyda Nurtsch
Date:
Mail:
Send via mail

END_OF_DOCUMENT_TOKEN_TO_BE_REPLACED
Social media
and networks
Subscribe to our
newsletter