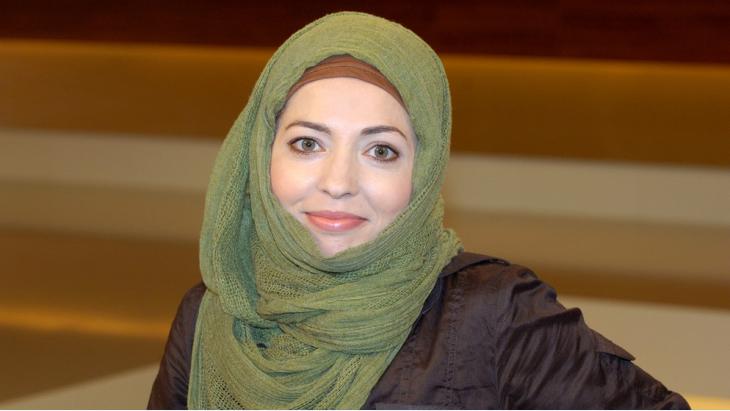 Our outrage over the sexist Muslim male reveals a need to feel superior. It expresses a brand of cultural chauvinism that co-opts feminism as a means of diverting attention from its own sexist and racist shortcomings. A contribution by Khola Maryam Hübsch

All of sudden – overnight in fact – we live in a country where people avow a constant concern regarding the safety and dignity of women. And not because an EU study has concluded that one in three women in Germany experiences sexual or physical violence at some point in her life. Nor is it about the often sexist and misogynist role model disseminated by mass and pop culture in thousands of music videos, advertising posters, magazine covers and Hollywood films. We've long since grown accustomed to that.

Instead, the focus is on how German women are being threatened by Muslim men. So instead of holding an urgent discussion on sexual violence against women, we are talking instead about the Muslim male. And this despite the fact that no evidence has yet been forthcoming of an increase in sexual harassment by migrants or refugees. The German Federal Office of Criminal Investigation (BKA) for example released a report in October 2015 showing that refugees are no more delinquent than the average citizen. And the proportion of offences of a sexual nature is "under one percent".

These bald statistics are now being juxtaposed with the Cologne riots – which jibe only too well with the stereotype of the Muslim male who can't control his urges. Of course one may be permitted to wonder whether the image of women in parts of the so-called Islamic world doesn′t favour problematic behaviour toward them.

But right-wing populist opinion-makers who now feel they have to conjure up a cultural war must be made to realise that Islam can also be a partner rather than a problem in the fight against a misogynist mentality. After all, the perpetrators evidently do not really follow the commandments of the Koran – in any case, they had certainly flouted the tenet of no-alcohol. 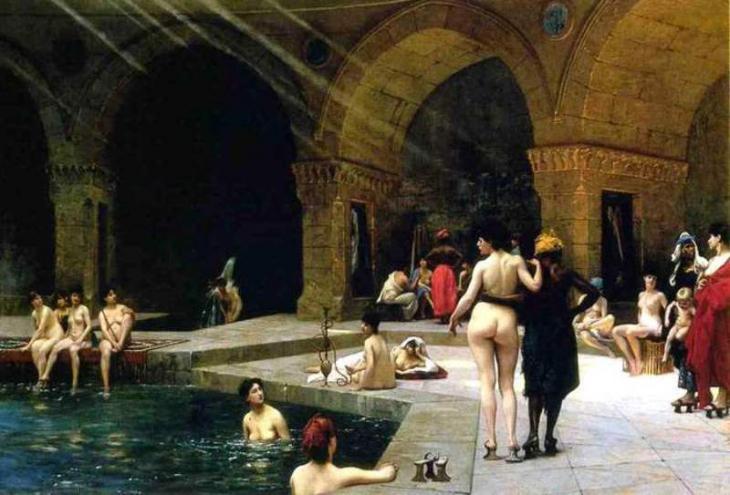 Then came the sexual revolution of the 1960s and everything was turned on its head. Suddenly, a free and self-determined sexuality was propagated in Germany. And Islam was styled as rigid, ascetic and hostile to bodily pleasures. The picture painted of Islam both then and now says more about how we want to see ourselves than about the diverse cultures of the so-called Islamic world.

"What is the spirit of Europe? It definitely includes huge respect for women – in stark contrast to the Arab traditions. It′s something the refugees will just have to accept," said an article in ″Die Welt″ newspaper. It went on to claim that the superiority of European culture is founded on the "ability of Europeans to keep their masculinity in check ".

The European as noble cavalier, the Muslim as uncouth barbarian who oppresses women. Such a polarised view may indeed present itself when talking about fanatical Islamists, but precisely this simplistic division of the world into good and evil makes it, too, a fundamentalist worldview.

Sexual violence on a global scale

It certainly cannot be denied that there are authoritarian states in the so-called Islamic world in which women are systematically discriminated against. Physical and sexual violence against women is, however, so widespread globally that the World Health Organisation speaks of "epidemic proportions". It occurs in all countries and on all levels of society. Whether we think of the rape scandals in Hindu India or of domestic and sexual abuse in Germany: violence against women and sexism are global mass phenomena found in all walks of life.

And yet the public discourse is dominated by efforts to pinpoint discrimination against women as a specific feature of Islam. It is claimed that religion lays the intellectual groundwork for a patriarchal mentality. But a distinction must be made between patriarchal cultural practices – which are in fact widespread around the world, particularly in rural areas – and the Islamic religion – which, although sometimes misused as a label to legitimise such practices, originally had entirely different intentions.

To those who say that Muslim men are raised to treat women who do not veil themselves as fair game, it must be replied that such men do not hesitate to harass headscarf-wearing women either. Muslim women's rights activists, including two Nobel Peace Prize laureates, advocate employing the teachings of Islam as a means to fight against patriarchal structures. And they wear head scarves. For Alice Schwarzer, this piece of fabric alone stands for the brand of sexism that the perpetrators of the New Year's Eve riots in Cologne are importing into Germany. 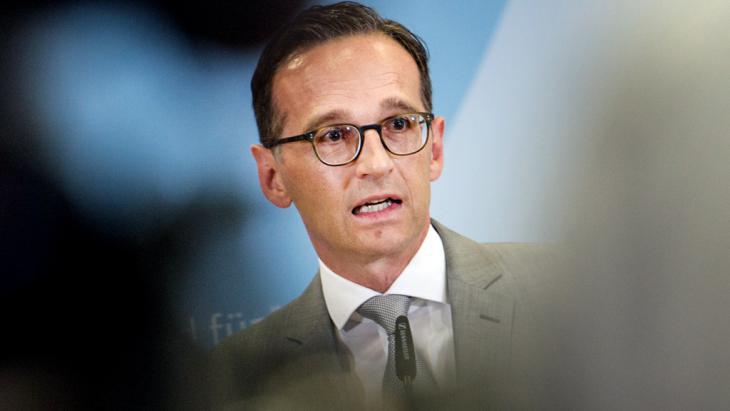 Federal Justice Minister Heiko Maas on the investigations into the New Year′s Eve assaults at Cologne′s main railway station: "in legal terms, where someone comes from is irrelevant. The law is only interested in what they have done." According to Maas, refugees, regardless of their country of origin, may not be placed under general suspicion

The idea that women have to cover themselves because the Muslim man has no self-control ignores the fact that the Koran first admonishes men to behave properly. They are to "lower their gaze", to maintain fidelity as a cherished value and to treat women respectfully, states sura 24. Only subsequently is the veiling of women addressed.

The philosophy that forms the core of Islam thus applies to both genders: the vanquishing of the ego. That includes controlling passionate urges through reason in order to develop moral fibre. The oft-misused term "jihad" originally meant the individual's battle with his own ego and against base urges. Is the image of the libido-driven Muslim man compatible with this Islamic view of humanity? Hardly.

Nonetheless, it continues to be used to portray the Western man as particularly cultured and enlightened, despite a mass culture pervaded by sexuality. Labelling the other as backward and primitive is merely an attempt to style oneself as superior by comparison. Patriarchal violence and sexism?

We no longer need to trouble ourselves with these issues in our own ranks when we outsource and project them onto the Muslim man. Demonising him goes hand in hand with the idealisation of German majority society, which has supposedly successfully realised its project of gender equality.

Behind the outrage over Muslim sexism there can often be found thinly veiled anti-Muslim racism, cloaking itself in emancipatory discourse in order to disguise its crude right-wing populist origins.

We should take note of how, in the current discussion about the Cologne New Year's Eve mob, those calling for a battle against patriarchy are the very same people who up till now have conspicuously adopted anti-feminist positions. The new/old prejudice against the Muslim man is nothing more than an expression of the kind of cultural chauvinism that co-opts feminism in order to divert attention from its own sexism and racism.

After at first agreeing to accept the grand prize as "Cultural Personality of the Year" in the Sheikh Zayed Book Award, Juergen Habermas then decided to decline the honour. A ... END_OF_DOCUMENT_TOKEN_TO_BE_REPLACED

Philosopher Juergen Habermas was due to be awarded a major Arab prize in Abu Dhabi, but has turned it down following criticism. This decision torpedoes Arab efforts at a ... END_OF_DOCUMENT_TOKEN_TO_BE_REPLACED

At nearly 92, Juergen Habermas is still advocating for a robust and transparent civil society. Now Germany's greatest living intellectual has rejected a book award from the United ... END_OF_DOCUMENT_TOKEN_TO_BE_REPLACED

Violent and racist crimes are on the up in Germany, according to official statistics on politically motivated crimes. Crimes by right-wing extremists hit their highest levels ... END_OF_DOCUMENT_TOKEN_TO_BE_REPLACED

In his book "Ground Zero: 9/11 und die Geburt der Gegenwart" (Ground Zero: 9/11 and the Birth of the Present) Islamic scholar Stefan Weidner analyses the consequences of the ... END_OF_DOCUMENT_TOKEN_TO_BE_REPLACED

Among Muslims, the image of women as "cossetted hijab-wearing princesses" is frequently invoked. But Muslim women have long wanted to be more. In her essay, Karoline Roscher- ... END_OF_DOCUMENT_TOKEN_TO_BE_REPLACED

I'm sorry but i dont know what you are driving at. I'm and always was a person who considered himself left wing, so please dont tell me that people who are outraged by the events are right wing extremists. Furthermore they protest arent about battling patriarchy, but against battling sexual harrasment. Instead of criticizing it you should applaud that aspect of protest.
I dont know why it is so hard to understand that in the millions of immigrants there are people who might harras, or show agresive tendencies.
Dont let the far right monopolize the outrage

i live in europe and in the last year have noticed an enormous change. i have been attacked twice since last april, my neighbor was attacked in november, and my neighbors two female children, 12 and 13 had a knife put to their throats on the local tram 1 week before christmas, and were robbed of their phones (but not molested).

i am a left wing, non-racist liberal humanist, but to deny the specific link of the style of public gang sex attacks on women occurring because it's "racist" isn't right. nobody is saying westerners are perfect, but this is a new development that is truly frightening for every day women like me who no longer feel safe. the fact that our governments are hiding (either via police suppression of reports or media blackouts) this information indicates they are well aware of the risk posed by accepting limitless amounts of people from cultures very different from our own. nobody can deny that women's rights in muslim majority countries does not even come close to approaching the rights they have in europe, usa, and countries like australia, canada, etc. this doesn't mean all muslim men are rapists, but it DOES mean we need to have an honest conversation about the causes of their behavior in europe and how to prevent it in the future. this is not racism, it's rational problem solving. if we don't do it, it will only be much worse for women AND refugees in the future, because this problem won't go away by itself.

Said strikes again. This piece is a fairly typical (jargon-y) objection to "orientalism." It's all been said before. The problem with most of these objections, including this one, is that for every valid point they make, they also fall right into the opposite extreme: occidentalism. Has the west "othered" the east, inc. the Muslim world? Yes. But much less frequently reported is that massive "othering" of the "the West" - constructed as irredeemably materialistic, pornographic and irreligious, not to mention Islamophobic - in a great deal of Muslim discourse today. The author's appeal to the Koran and "core" of Islam is well-meaning, but highly selective. It is also typical of da'wa for western ears. In this da'wa (Islamic mission or apologetics), the sources are read in a selective fashion so as to construct an "Islam" more palatable to western tastes. Unfortunately, this approach obscures militant and patriarchal attitudes that are in fact enshrined in the Islamic sources.

END_OF_DOCUMENT_TOKEN_TO_BE_REPLACED
Social media
and networks
Subscribe to our
newsletter