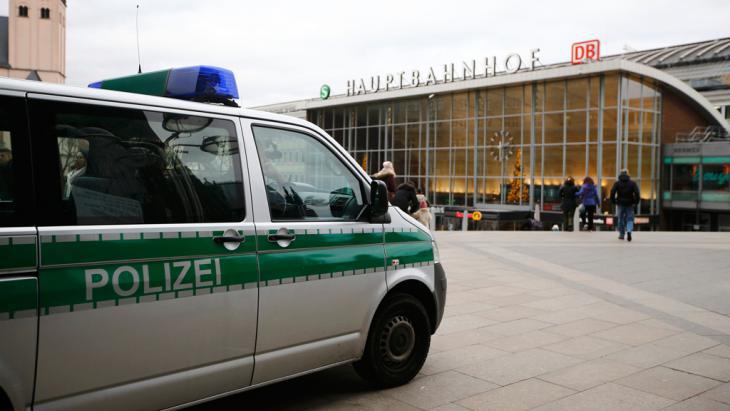 Reports on the sexual attacks on New Year's Eve in Cologne have intentionally emphasised the ethnic origins of the offenders. With what reason? A commentary by Daniel Bax

It's precisely the scenario of fear that PEGIDA and other right-wing populist groups, along with rightist feminists like Alice Schwarzer, have long been conjuring up: a horde of men of Arab origin assault "our" German women with the intention of sexually harassing and robbing – yes, even raping them.

It would appear that something like this happened in the night of New Year's Eve in Cologne. As far as we know, a group of criminals took advantage of the chaotic situation outside the main station to molest dozens of victims and no one intervened. Is this proof of the "masculinisation of the public space" that is apparently threatening to overrun Germany with the influx of so many male refugees?

In their initial statements, the police were quick to deflate such prejudices, stressing that the perpetrators were not refugees, but rather multiple offenders with police records who had apparently hatched a plan to strike en masse that night. The police were overwhelmed by the situation, faced simultaneously by some thousand individuals running riot outside the cathedral with firecrackers and rockets.

For the right-wing populists, the case constitutes a wake-up call that confirms their keenest fears. The fact that it took several days for the incident to be picked up by the nationwide media is merely new fodder for the accusations in their yellow press.

The real reason for the delay, though, is that this was a local event, the true dimensions of which being slow to emerge. The local Cologne press featured detailed reports on the incident as soon as they had access to initial eye-witness accounts and charges – and the Cologne police was forced to comment early on. 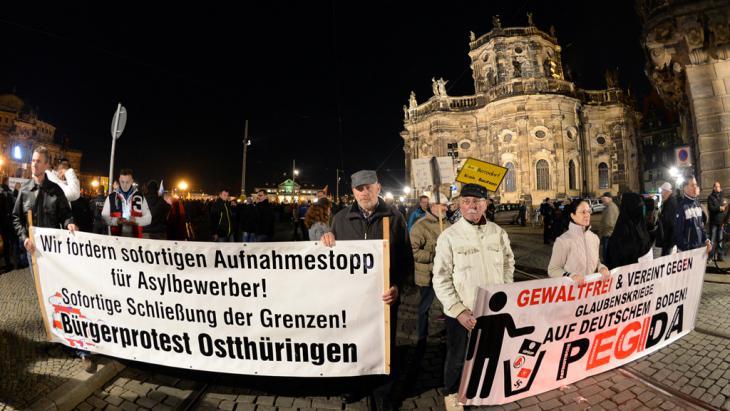 Enter PEGIDA & Co: "For the right-wing populists, the case constitutes a wake-up call that confirms their keenest fears. The fact that it took several days for the incident to be picked up by the nationwide media is merely new fodder for the accusations in their yellow press", writes Daniel Bax

Now the incident is being interpreted by interested parties as presaging the country′s future. That is a shameless exaggeration. It also aptly demonstrates that the days when journalistic standards required that the nationality or origin of alleged offenders be kept out of the press are long gone.

The Press Code which the members of the German Press Council once willingly signed up to – and with good reason – states that a perpetrator's religion or place of origin is only worthy of mention if it is directly linked to the crime. It must be borne in mind "that such references could stir up prejudices against minorities".

Pressure from the right-wing counter-public

These standards have long since been eroded. In these days of social media and the Internet, it is already an illusion to believe that certain information could ever be left out. Bowing to pressure from the right-wing counter-public on the web, quick to charge "the media" with concealing or glossing over crimes perpetrated by migrants out of misconceived tolerance and "political correctness", even reputable media have started to go on the offensive by deliberately citing the origins of the offenders – at least as long as they are migrants.

Again, the question in this case is therefore whether the origin of the perpetrators should be a key issue for the serious media and the police. For the right-wing denouncers and populists, on the other hand, things are perfectly clear: these crimes are of course solely attributable to the "culture" of the perpetrators – and nothing else.

With a frisson of malicious delight, they insist on blowing out of proportion every case of alleged "crime by foreigners" and "Muslim violence" as proof that the West is in decline. Eye-witness reports and mere allegations, rumours and half-truths spread through the social media like wildfire. 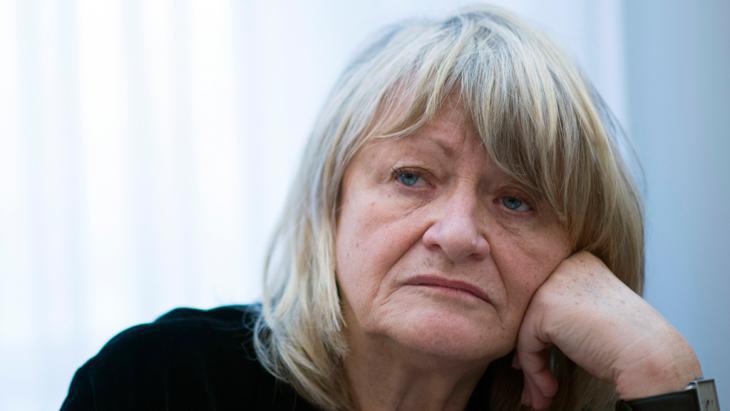 Alice Schwarzer described the mass assaults in Cologne as the product of misplaced tolerance and failed integration. In the feminist magazine "Emma", the Cologne-based columnist wrote (online): "The young men responsible for this terror in Cologne are waging war in the heart of Europe." Furthermore: "Only a handful of them, if that, will have been newly arrived refugees. The majority were refugees of yesteryear – immigrants and their sons"

Adding fuel to the fire is the implicit insinuation that we are witnessing here some sort of "culture-specific" form of crime. As if there would be no robberies, rapes or murders in Germany without immigrants. In the face of the mass sexualised violence on New Year's Eve in Cologne, many people are now speaking of "a whole new dimension" in crime.

"Something like this is completely unknown in Germany," claims Emma magazine, speaking of "terror" that brings to mind Tahrir Square. And former family minister Kristina Schroder (CDU) tweeted: "They have long been taboo, but we now must come to terms with violence-legitimising masculinity norms in Muslim culture."

Questionable here was not only her grammar, but also her demand – as if violence-legitimising masculinity norms in the German, non-Muslim, majority culture were not a problem. What would have been different if the offenders had not been ″North African″ but regular German men? For the women affected, not much.

Home
Print
Newsletter
More on this topic
Non-fiction: ″Angst ums Abendland″ by Daniel Bax: The apocalyptics of the WestRacism in Germany: The taint of PEGIDA journalismA year on, Germany's PEGIDA radicalised by refugee influx
Related Topics
AfD | Alternative for Germany, Criticism of Islam, Media in Germany, Migration in Germany, Pegida, Right-wing populism, Sexism and violence against women, Xenophobia
All Topics

Algeria‘s regime is again cracking down on anti-fracking activists and the unemployed in the country‘s south. Yet EU countries remain keen to scale up their energy cooperation ... END_OF_DOCUMENT_TOKEN_TO_BE_REPLACED

Bachtyar Ali sends the hero of his latest novel – "Mein Onkel den der Wind mitnahm" – literally flying. Jamshid is so thin after his years as a political prisoner that a gust of ... END_OF_DOCUMENT_TOKEN_TO_BE_REPLACED

For a century, the Kurds and other minorities in Turkey have been subject to state repression. With his dissertation "The Kurdish Question in Turkey", political analyst Ismail ... END_OF_DOCUMENT_TOKEN_TO_BE_REPLACED

Anti-Semitic motifs have no place at Germany’s documenta art show or anywhere else in the world, stresses Meron Mendel, director of the Anne Frank Educational Centre in Frankfurt ... END_OF_DOCUMENT_TOKEN_TO_BE_REPLACED

A new exhibition, "Syria – Against Forgetting", at Cologne’s Rautenstrauch-Joest-Museum focuses on Syria's artistic and cultural heritage and pays tribute to the country before ... END_OF_DOCUMENT_TOKEN_TO_BE_REPLACED
Author:
Daniel Bax
Date:
Mail:
Send via mail

END_OF_DOCUMENT_TOKEN_TO_BE_REPLACED
Social media
and networks
Subscribe to our
newsletter