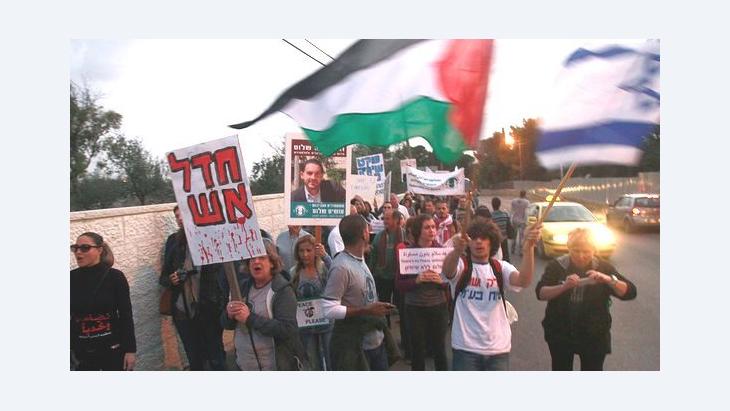 Combatants for Peace
Marching for A Ceasefire

In late November, the seemingly impossible became reality. While the world watched Palestinians and Israelis trading fire and hatred by every possible means, there was a rare moment of co-operation between Israelis and Palestinians who share a mutual desire to put an end to the violence. By Yonathan Listik

In the midst of the missiles, bombs and devastation in Gaza and southern Israel, a group of Palestinians and Israelis came together in the Palestinian town of Beit Jalla, near Bethlehem, for a joint march to demand a bilateral ceasefire.

We belong to a group called Combatants for Peace (CFP) formed by former combatants from both sides of the conflict who, after taking part in the cycle of violence, have decided to use the path of non-violence to protest against it. Everyone in our group is a former soldier or combatant and has a history of causing and suffering violence. We tell our stories so that other people can appreciate that there is always the option of turning towards non-violence. Moreover, through our personal stories we offer Palestinians and Israelis the opportunity to hear first-hand how the conflict is viewed by the other side.

What the joint march showed us is that even in the midst of war, we can look beyond cultural and physical barriers and see that we are all in the same boat. We are all victims of a conflict that is dominated by the language of violence. During our joint march, we made the point that both sides can talk to each other and more importantly that there are people on both sides who want to live in peace with the "other" and can achieve it through non-violence. Through our actions, we demonstrated that the common belief that the other side is unreasonable or inhumane does not hold water.

The name of the organisation says it all: according to the CFP website, it was the experience of fighting that drove members to change tactics: "After brandishing weapons for so many years, and having seen one another only through weapon sights, we have decided to put down our guns, and to fight for peace"

How it all began

Seven years ago we met in the same place to establish CFP. We believed that violence only begets more violence and that the real victors are those who look to the future rather than remain preoccupied with revenge over the past.

About 150 Israelis and Palestinians came to the march on 17 November. The march started simultaneously in areas of the West Bank under Palestinian and Israeli control. Israelis on one side, Palestinians on the other, we met at a crossroads that divides the two areas.

In Hebrew and Arabic we called upon Hamas and Israel to stop their violence. Together we called on the Israeli government to cease the expansion of settlements and enter negotiations with the Palestinian Authority, and on Hamas to stop firing missiles towards Israel. For Israelis to see a Palestinian condemning Hamas' missiles, or for Palestinians to see an Israeli condemning Israel's bombing of Gaza is exactly the message we seek to spread. 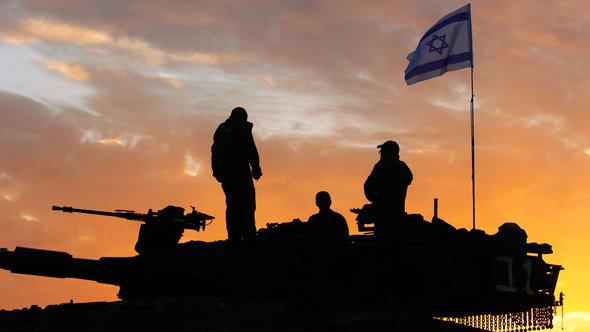 CFP has three main goals: to make people on both sides of the divide aware of the hopes and sufferings of the other and to create partners in dialogue; to educate people on both sides about reconciliation and non-violent struggle; and to exert political pressure on both governments to end violence and occupation and to resume constructive dialogue

You could clearly see the astonishment on the faces of passers–by as they watched Israelis and Palestinians, holding their respective flags, marching together. When our procession met with Israeli soldiers at the crossroads where they stand guard, you could see the Israeli soldiers and non-CFP Palestinians, who were not used to our demonstrations, preparing themselves for confrontation. Some Palestinians even left, fearing a violent clash. This is, after all, the routine most are used to. Only this time we talked to the soldiers, showing them that there would be no violence.

At first they remained in formation and adopted a cynical attitude. But as time passed, they relaxed, realising that we meant what we said.

There is undoubtedly still a long road to travel, but we do not lack strength and hope. Those in power who choose violence are a great obstacle to negotiations. Needless to say there are many voices who speak in opposition to ours.

Now that we have achieved a ceasefire, we must make every possible effort to spread the message of co-operation against the occupation and the conflict, showing our respective societies that the solution will only come when both sides achieve independence and security. This march was only a beginning, but it was an excellent one.

Yonathan Listik is a member of Combatants for Peace, a philosophy student at the Hebrew University of Jerusalem and a teacher.

Algeria‘s regime is again cracking down on anti-fracking activists and the unemployed in the country‘s south. Yet EU countries remain keen to scale up their energy cooperation ... END_OF_DOCUMENT_TOKEN_TO_BE_REPLACED

Anti-Semitic motifs have no place at Germany’s documenta art show or anywhere else in the world, stresses Meron Mendel, director of the Anne Frank Educational Centre in Frankfurt ... END_OF_DOCUMENT_TOKEN_TO_BE_REPLACED

Fifty-five years after Israel began occupying Palestinian lands, it is more difficult than ever to imagine a way out. The seeds of the two-state solution that were planted by ... END_OF_DOCUMENT_TOKEN_TO_BE_REPLACED

Yazan Khalili is spokesman for The Question of Funding, a collective of artists taking part in the leading German contemporary art festival Documenta 15. Here, he responds to ... END_OF_DOCUMENT_TOKEN_TO_BE_REPLACED

When times are tough, the exchange of ideas and perspectives becomes especially important. It takes dialogue. And at Deutsche Welle, we need distributors and cooperative partners ... END_OF_DOCUMENT_TOKEN_TO_BE_REPLACED

Every week, Jewish, Christian and Muslim youths meet to sing together. And they do so in the middle of a city where Israelis and Palestinians are often at loggerheads. Anja Koch ... END_OF_DOCUMENT_TOKEN_TO_BE_REPLACED
Author:
Yonathan Listik
Date:
Mail:
Send via mail

END_OF_DOCUMENT_TOKEN_TO_BE_REPLACED
Social media
and networks
Subscribe to our
newsletter