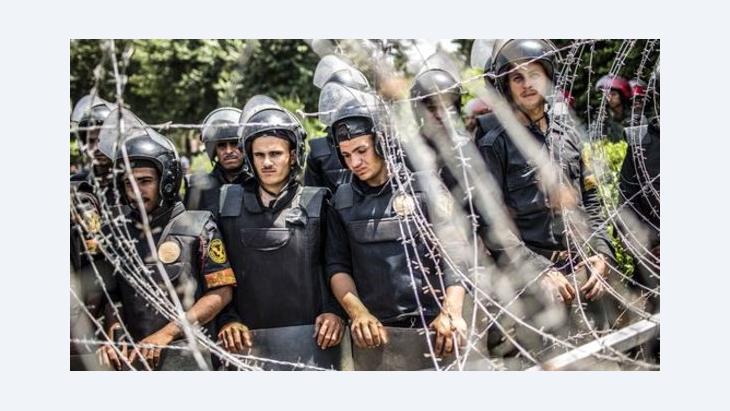 Coming to Terms with the Mubarak Era in Egypt

It's about Reconciliation, Not Punishment

﻿Egypt is struggling with its recent past. Those in authority want to keep secret-service files hidden away, and nobody seems to have the courage to reform the country's security apparatus. But for some Egyptians, Germany is now considered an inspiration because of the way it is dealing with its recent history of misdeeds in formerly Socialist East Germany. By Andreas Jacobs

"Why wash our dirty laundry in public?" Abdel-Monem is the owner of a small shop and has a neatly trimmed beard. He welcomes the fact that some of those who were in charge in the Mubarak years are now on trial. Nonetheless, he does not think much of systematically investigating crimes committed by the police and intelligence service. He would, however, have good reason to urge that this be done.

He was interrogated by the police and spies from the intelligence service many times because of his links to the Muslim Brotherhood. The officers pocketed cigarettes, telephone cards and drinks from his shop without paying. If he dared to complain, he was arrested and questioned even more, and sometimes even beaten. But bring to justice those who tormented him? "Too dangerous," says Abdel-Monem, and adds that Egypt has other urgent problems.

The reasons for his reluctance are obvious. Though the country's new leader, President Mohammed Mursi, was the candidate of the Muslim Brothers in the election, much in Egypt remains unchanged. Most officials from the Mubarak era are still in office, and, under a new name, the intelligence service continues to be active. It is little wonder that, for many Egyptians, the basic rule for Cairo's traffic now applies to politics as well: always look straight ahead!

At first, it seemed that things would be different. Protestors took action when the news broke that the SSIS (State Security Investigations Service) was destroying files shortly after Mubarak was ousted in 2011. The SSIS was Egypt's infamous internal security agency. On 4 and 5 March, people stormed several SSIS buildings and seized files. 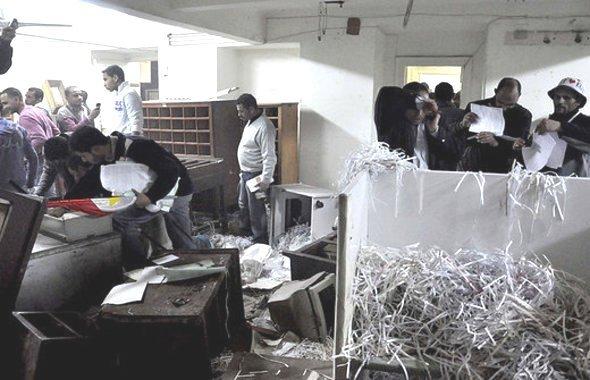 "Stasi under palm trees": Protestors took action when the news broke that the State Security Investigations Service was destroying files shortly after Mubarak was ousted in 2011. On the 4th & 5 March 2011, several SSI buildings were raided across Egypt by protesters

​​Pictures went around the world of demonstrators in Egypt's secret service headquarters. The German weekly Der Spiegel wrote of "Stasi under palm trees". Stasi was the secret police in Socialist East Germany. Its head office was occupied by protestors in East Berlin 21 years earlier.

For a short time, Egypt was free to study a power system, about which people knew next to nothing, apart from it being one of the few authorities that operated efficiently. It supposedly had 100,000 staff, including many bloggers, opposition activists and translators. Mountains of documents suggest that the agency was closely monitoring the private lives of many people. The SSIS focused on Islamists in particular, but similarly spied on the liberal opposition, trade unionists, artists, foreigners, religious and ethnic minorities and people with contacts to Israel.

Officially, this is no longer done in Egypt. The old security service was dissolved and converted into a new authority, the EHS (Egyptian Homeland Security). According to Mansour Al-Essawy, the transitional home minister, this agency will no longer spy on Egyptians but will protect them. 700 senior SSIS officers are said to have been dismissed, and 41 of them will be brought before the courts in autumn.

However, there is little change to be felt. Most SSIS agents are still in office. In June 2012, Hassan Abdel Rahman, the notorious state security chief, was found not guilty on charges of bearing responsibility for the death of demonstrators. To date, only very few people have been tried at all. People currently do not know where the documents from Egypt's Stasi are, or who has access to them. All one is told is that they are "safe". Commissions of enquiry have been set up, but their findings are lost in the quagmire that is Egypt's notorious bureaucracy.

Even today, observers suspect that state security agents and officers from the home ministry are behind many attacks on political activists, opposition members and demonstrators. Furthermore, they are suspected of being responsible for the organisation of gangs of thugs, for campaigns against independent journalists, and for harassing non-governmental organisations. The culprits are the same people as before. So it is no wonder that the powerful security apparatus has no interest in investigating the crimes of the past.

To date, only the radical Islamist Salafis have demanded that the EHS be abolished. All other political forces may be considering reform, but tend to shy away from the issue. They are afraid of inconvenient truths that might come to light. Whether President Mursi will introduce any change remains to be seem. 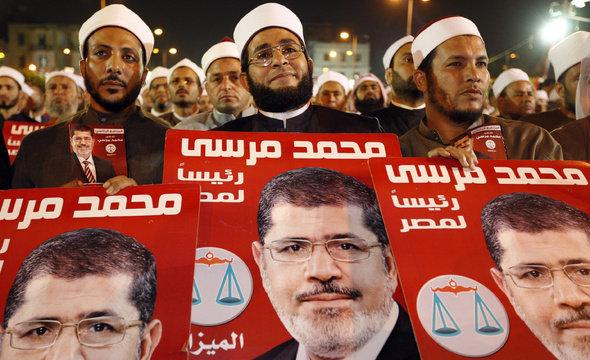 Secret talks with the SSIS: The Muslim Brothers were certainly the main victims of Mubarak's repression, but they also had links to the security apparatus, Andreas Jacobs writes

​​The Muslim Brothers were certainly the main victims of Mubarak's repression, but they also had links to the security apparatus. Egyptian newspapers recently reported that the Brotherhood and the SSIS held secret talks in 2005, ahead of manipulated parliamentary elections.

Egypt's security forces were trained to fight Islamism. Today, they view the new Muslim president with some suspicion. Many officers fear that the Muslim Brotherhood will put more of its own people into positions of command in the police and the intelligence service, which would mean that former victims became the new supervisors.

Mahmoud is a young police officer with a different approach. He says: "Egypt needs an efficient and citizen-oriented police service. However, we will only get that if there is reconciliation between perpetrators and victims." He makes his case in public, even in uniform. He appears at seminars for civic education together with youth activists or in panel discussions with trade union leaders and Muslim Brothers. He only recently finished his training, so hardly anyone would take him for a perpetrator from the Mubarak years.

For their part, the home ministry and the security forces, however, shy away from that kind of public exchange, and they won't even be swayed by proposals from abroad. They may welcome visitors and even give scope for a public lecture here and there, but because of officers' reluctance and bureaucratic obstacles, no serious projects to cope with the past have materialised so far. Various parties, moreover, have been stirring the fear of the "influence of foreign powers" in the ongoing transformation.

Such reluctance makes it difficult – and highly contentious – for development-cooperation agencies to get involved in Egypt's coming to terms with its past. Germany could make meaningful recommendations in this respect, as it has been undergoing a similar process ever since the fall of the Berlin wall. Its approach to dealing with the past of Socialist East Germany is unique.

People from Arab countries are very interested in how Stasi files are handled in particular. A growing number of visitors from Egypt, Tunisia, Iraq, Yemen and recently even Syria are making enquiries at the Stasi Archives in Berlin (BstU). They want to know how access to the files is organised, and who is allowed to read them. The German model for a law on access to official records is being given serious political consideration in Tunisia. In Egypt, it is at least being discussed in public. 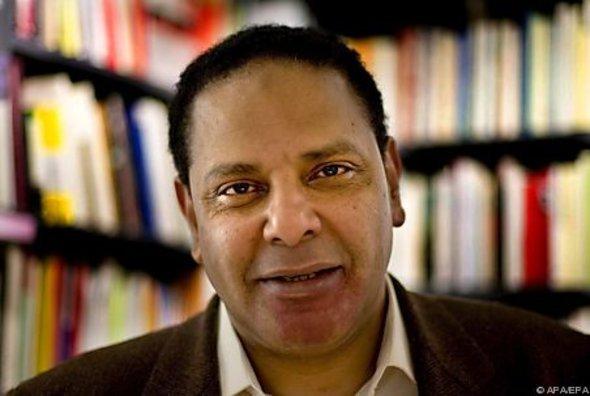 Control, rather than public welfare: Earlier this year, the well-known writer Alaa Al-Aswani spelled out that Egypt spent almost twice as much on internal security in the past as it did on healthcare

​​Arab visitors appreciate the balance Germany has struck between transparency on the one hand and the protection of personal data on the other. Coping with the past is important, but so is the protection of victims. "In Egypt, like in Germany, most people want the truth, not endless accusations," said a representative from a liberal reform party at the BStU last year. "Our objective is reconciliation not punishment."

Only very few people from Arab countries can visit Germany. International cooperation should therefore organise local discussion groups, with people from different places sharing experiences. In Egypt today, being able to talk publicly about torture, abuse and compensation is something new and important.

Technical and institutional aid also makes sense. Civil servants appreciate foreign offers to support the drafting of legislation, the reorganisation of institutions and the improvement of training and procedures. It matters, however, that those who run projects of this kind stay facilitators and do not become complicit in the issues. They must involve state agencies, but keep an eye on politics and focus on factual issues and questions of detail at the same time.

Earlier this year, the well-known writer Alaa Al-Aswani spelled out that Egypt spent almost twice as much on internal security in the past as it did on healthcare. To Al-Aswani, this distortion proves that the regime was really interested in control, rather than public welfare. Such discontent was what sparked the revolution. The mass protests were not only about lacking opportunities, the desire for participation and future prospects. They were about the security apparatus as well.

In the post-Mubarak era, the reorganisation of the police and security forces is one of the greatest challenges. So far, however, it is not clear there is the political will to really tackle the issues. Many of those in charge are afraid of revenge and unfinished business. They are hiding behind name changes, official instructions and declarations of intent.

Mahmoud, the young police officer, considers this the wrong approach: "We must change our mentality on both sides, if we want to build a new security apparatus. Injustice and fear cannot be overcome simply by not talking about them."

Other countries involved in the Arab Spring are generally taking a similar approach to Egypt in relation to their recent history. Their past is certainly an issue, but coming to terms with it is not something the authorities are keen to tackle.

In Tunisia, disagreement over how intelligence files are handled and how the security forces are to be reformed is just as intense as it is in Egypt. And progress has been similarly slow. As yet, not much has been done to sort out access to files and reorganise agencies. Only two police officers received lengthy prison sentences for assaulting de¬monstrators, the others are all free and are for the most part still in service. Two commissions were set up to deal with corruption and security-force brutality respectively, but their conclusions are either pending or kept secret. Critics speak of divide-and-rule tactics and window-dressing.

Things are similar in Morocco. A Justice and Reconciliation Commission was established in 2004. It is supposed to investigate human rights infringements in the years from 1956 to 1999. The Commission has the power to hold public hearings, use archives and decide on victims' compensations.

The Moroccan model is unique because it is about coming to terms with the past in a collective manner rather than about individual blame. The media was excited when the Commission started working in 2004. However, the Commission has not led to any criminal proceedings.

Andreas Jacobs works for the Konrad-Adenauer-Foundation in Berlin. He headed the Foundation's office in Egypt from 2007 to May 2012. The Foundation is close to German's Christian Democrats and had been active in Egypt for almost 40 years. Nonetheless, Jacobs had to leave Egypt early this year because of accusations that his office was operating illegally.

Home
Print
Newsletter
More on this topic
The Rule of Law and the Crimes of the Gaddafi Regime: The Victims Demand JusticeTunisia Begins to Process Recent History: Accusations and ReconciliationInterview with Andreas Jacobs: Egypt in the Grip of the Generals
Related Topics
All Topics
Date:
Mail:
Send via mail